Theatres, concert halls and other venues are gradually returning to something resembling normal service after months of Covid shutdowns and disruptions.

If you are keen to get your theatre, live music or comedy fix and are not fazed about the prospect of sitting in a full-capacity venue, here are 10 tips for finding a good deal.

Get on the mailing list for as many ticket agencies, theatre newsletters and alerts as possible because these often contain details of discounts, offers and flash sales.

If you are worried about all of that extra traffic into your inbox, it might be worth setting up an email account specifically for this purpose.

Make the most of youth

Many theatres are desperate to bring in new audiences and offer great schemes for children and young people. If you’re aged 16-25 you can get £5 tickets for Royal Shakespeare Company (RSC) shows in Stratford-upon-Avon and some other locations, while at Manchester’s Royal Exchange, under-30s tickets are just £7.

Similarly, London’s Almeida theatre – which will shortly host one of this year’s most hotly anticipated shows, The Tragedy of Macbeth, starring the four-times Oscar nominee Saoirse Ronan – will let those who are 25 or under grab a £5 ticket for any production. Check the booking page on your local theatre’s website.

You may also find discounts for older people, although there will often be restrictions – for example, it might be for midweek matinees only. Often there will be a concession rate for a number of categories, including, say, over-60s. Those offering decent discounts include the RSC, which gives over-65s 20% off tickets for selected performances.

A scene from Cinderella at the Gillian Lynne theatre. Photograph: Tristram Kenton/The Guardian

Look out for lotteries

Many of the big West End shows run ticket lotteries. Andrew Lloyd Webber’s new musical Cinderella at the Gillian Lynne theatre runs one with £25 tickets available for every performance (there’s a weekly draw), while Hamilton at the Victoria Palace theatre has a lottery with the chance to buy up to two tickets for £10 each.

Disney’s day seats scheme lets you access £20 tickets for West End shows such as the musical Frozen at the Theatre Royal Drury Lane and The Lion King at the Lyceum. You can buy a maximum of two tickets for that day’s performance. They go on sale online at 10am and, if you’re lucky, you can pick up a bargain.

Meanwhile, several theatres run “secret seats”. For example, the Rose theatre in Kingston upon Thames lets you book up to four unreserved tickets, priced at £10 each, and you will find out where you are sitting on the day.

The Royal Lyceum in Edinburgh has a similar scheme and the Young Vic in London offers £10 lucky dip tickets.

See if your job offers deals

Tickets for Troops provides free access to theatre shows, gigs and other events to members of the armed forces.

ATG Tickets offers 25% off a long list of shows around the UK for “local heroes” such as teachers, social care workers, prison officers, armed forces and “blue-light” professionals.

Some individual theatres, including the Stephen Joseph theatre in Scarborough and London’s Almeida, also offer discounts.

Look out for acts staging free concerts for NHS workers. Liam Gallagher held one in London in August, and Paul Heaton and Jacqui Abbott are staging one at the capital’s Wembley Arena on 13 October.

Get TodayTix and Stagedoor apps

If you go to the theatre in London TodayTix is a must. It sells tickets to dozens of West End and fringe shows, with savings of 50% or even 70%-plus not uncommon.

It often runs 24-hour offers where you can get tickets to big shows reduced to as little as £15, and lets people access heavily discounted “rush” tickets, which are similar to day seats.

The rival app Stagedoor also has some decent special offers on a number of London shows.

Airline-style dynamic pricing, where the cost of a ticket changes according to demand, is used by many ticket agencies. Prices might jump but equally, they will sometimes drop at the last minute.

If you have your eye on a show, check the ticket site(s) a day or two before a performance and then from about 10am on the day.

Sometimes bargains will pop up – unsold day seats, for example, or house seats originally held back for guests. 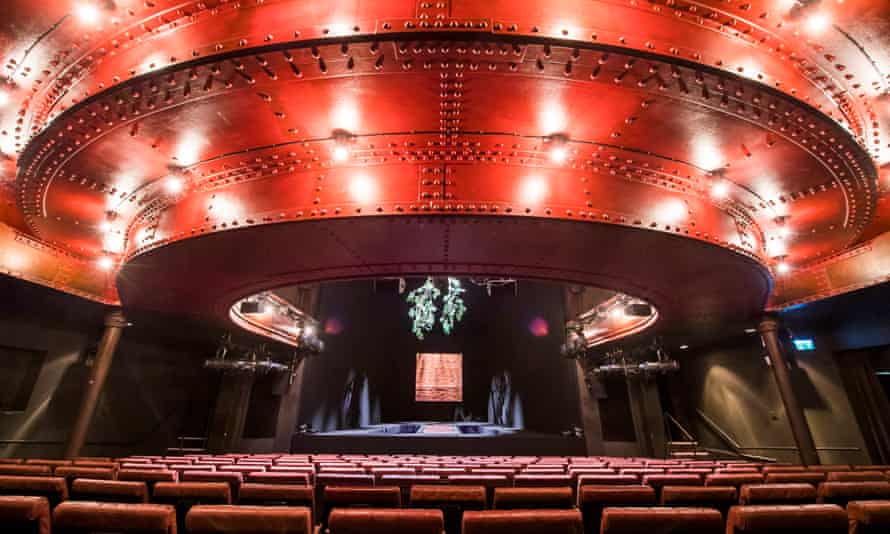 A number of services discreetly offer cheap, and even free, tickets to shows, gigs and other events, often at short notice – it’s all about filling empty seats and building buzz. Once you have signed up, you will usually receive regular emails. One of the best for theatre shows and gigs is ShowFilmFirst. Others include My Box Office (currently charging a £7.50 annual fee), the Audience Club (£5 donation to charity required), Central Tickets and Play by Play UK. These services usually ask members to keep quiet about how they got their tickets.

Individual theatres also offer annual memberships that unlock cheaper tickets. London’s Royal Court theatre has just upped the cost of its “Friends” annual membership. It starts at £40 (it’s that price if you are 30 or under, 65 or over, or want to sign up with auto-renew) and is a good deal as it lets you book the best seats in the house in advance for all of its main productions on Monday nights for £12 a time.

Membership of the RSC in Stratford-upon-Avon costs £50 and is popular with many for perks, including priority booking and free seat upgrades.

Take a gamble on cheap seats

This is where you buy the cheapest tickets for a slow-selling show – usually in the upper circle or balcony. On a quiet night, the theatre may close them and relocate you to pricier seats downstairs.