Harry Styles shared the love for Halsey after the singer welcomed their first baby and fans can’t handle it.

The Watermelon Sugar hitmaker has clearly been having a blast while on tour in the US, interacting with fans onstage and even revealing the gender of one fan’s baby in a sweet moment.

However, it was his pal Halsey who got a cute shout-out this time, as Harry changed the lyrics of his song Kiwi at his Madison Square Garden show.

After singing the usual line, ‘”I’m having your baby,” It’s none of your business,’ the star pointed to Halsey, singing: ‘You just had a baby!’

Fans loved the interaction between the pair, with one sharing a video and writing: ‘@Harry_Styles really said congrats on your baby @halsey …. AS HE SHOULD.’

‘HARRY STYLES SAYING “YOU JUST HAD A BABY” TO HALSEY IS A REAL REASON TO LIVE RN,’ another said.

One more added: ‘Harry literally pointed to Halsey to sing “YOU JUST HAD A BABY” during “Kiwi” HAS ME FREAKING CRYING!’

They’ve been sharing sweet updates from the first week of Ender’s life, with the 27-year-old praised for sharing photos of their stretchmarks. 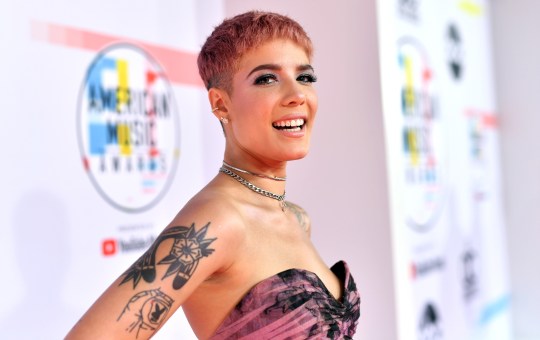 The snap that resonated the most with fans was one of Halsey with their hand on top of their stomach, with a tattoo reading ‘baby’ over their crotch.

In the photo, the stretchmarks from carrying Ender are visible under Halsey’s belly button, and fans were loving seeing a real body on the often-edited platform.

They commented: ‘Wear those tiger stripes proud mama!! Love to see it’ and ‘Thank you for posting your stretch marks!!!!!’

Halsey gave birth to Ender in July, with the child being their ‘rainbow baby’ after past miscarriages.

Halsey previously opened up about a miscarriage during their 2015 concert tour which they attributed to being overworked, telling Rolling Stone: ‘I beat myself up for it, because I think that the reason it happened is just the lifestyle I was living.

‘I wasn’t drinking. I wasn’t doing drugs. I was f**king overworked – in the hospital every couple of weeks because I was dehydrated, needing bags of IVs brought to my greenroom.

Why is China increasing its military pressure on Taiwan? | Taiwan

Prince’s estate given an official value of $156.4million

Jay-Z says his second album ‘In My Lifetime, Vol 1’ “haunts” him

“We don’t need to raise our voices all the time”