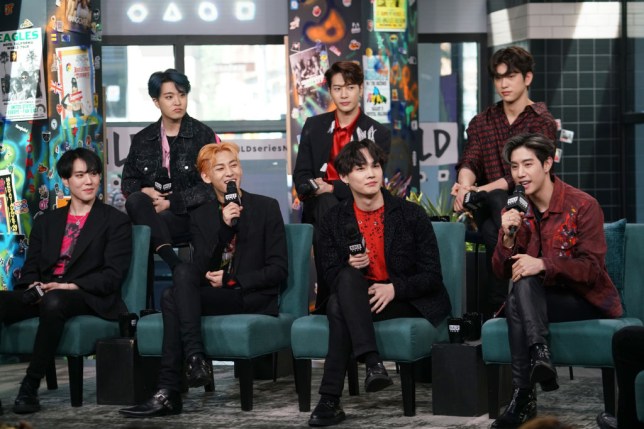 GOT7 singer Mark Tuan has unveiled the animation music video for his new single One In A Million and it’s definitely one for the lovers.

Fans have been wondering what direction the K-pop group will take since they left JYP Entertainment last month after seven years.

For now, Mark is flying solo and One In A Million is his first release without JB, Jackson, Jinyoung, Youngjae, Yugyeom and BamBam.

With production on the track from Californian-based DJ Sanjoy, the animation follows a group of strangers who meet by chance while going about their day-to-day in a busy city.

It was released on Valentine’s Day which couldn’t have been more appropriate as the video description reads: ‘The one in a million chance, being in the right place at the right time, has them meet and fall in love at first sight. But as timing & fate almost takes them apart, music brings them together forever.’

Mark added: ‘I’m truly blessed and thankful for my fans and their support. I hope ‘One in a Million’ gives a glimpse into my life, and what’s to come.’

Sanjoy also said: ‘We wrote the song with Mark at the centre. From production to composition, it was his voice and vibe needed to bring it to life.

‘When writing the song, I thought about how it would sound during a live performance of his. It combines rap and singing together, which plays on Mark’s strengths.’

GOT7 parted ways with JYP Entertainment when their contract ended on January 19 after seven years with the label.

In a social media post, Mark said at the time: ‘The past 7 years have been the best years of my life.

‘Nothing is coming to an end, just the beginning. The seven of us are going to continue to bring you guys the best version of us till the end. #GOT7forever.’

In their own statement, the label explained: ‘Both sides have agreed not to renew the contract while hoping for a fresh future.

‘GOT7 has performed exceptionally as a global idol group that represents K-pop since their debut on January 16, 2014.

‘We genuinely thank GOT7 for being part of the growth of K-pop and JYP, as well as I GOT7 and all fans who have been a source of motivation to GOT7’s activities with their endless support since their debut.’

They added: ‘Our official relationship ends here, but JYP will sincerely cheer on the new future that the GOT7 members will advance into.’

Line up, when is it and how can I get tickets?