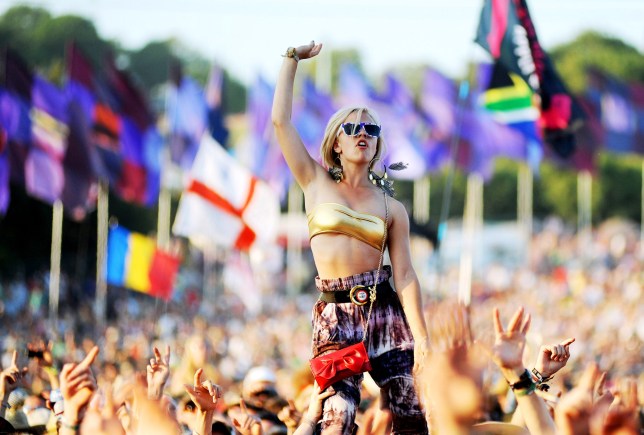 Festival organisers have applied to hold an event at Worthy Farm in September (Picture: Tabatha Fireman/Redferns)

In a sign 2021 may still get a taste of iconic festival Glastonbury, bosses of the event cancelled due to the coronavirus pandemic have lodged an application to hold an event at the famous Worthy Farm later this year.

Sharing a statement to social media on Friday, festival boss Emily Eavis – who leads the festival alongside father and the founder of Glasto Michael Eavis – revealed moves were being made to still hold a concert in September.

In January it was confirmed Glastonbury 2021 was not going to be going ahead in its usual month of June for a second year after Covid-19 curtailed plans to get dancy and muddy in Somerset.

Emily said in a post on Instagram: ‘For those asking for an update on our plans later this year, we have put an application in for a licence for a concert at the farm in September (around the time we’d usually do Pilton Party).

‘Of course, we’ve no idea yet whether we’ll able to do that, but we wanted to get the application in to be in with a chance.’

Getting in before everyone got too excited and hounded her for an update before she had one, she warned punters not to get ahead of themselves.

She wrote: ‘Unlikely we’ll have any news for a couple of months – but will let you know right here when we do.’

Pilton Party is Glastonbury’s annual fundraising gig for workers at the festival and locals and Emily said an application has also been made to host ‘family-friendly’ camping at the farm over the summer.

Her messages read: ‘Again, it’s not definite that it’ll go ahead but needed to set the early wheels in motion now.

Michael had earlier shared his hopes of holding a ‘smaller’ event in September, telling LBC: ‘I would like to do something smaller somewhere around the anniversary date of when we started, which was the 18th of September in 1970, and I would like to consider possibly doing something around that time.’

LBC presenter Tom Swarbrick suggested that people who usually play the festival could perform, with Eavis replying: ‘Yeah, but I do need to get reassurance from the ethics people and everything.’

Glastonbury was sold out for 2021 because so few people had asked for a refund from 2020, when headliners Sir Paul McCartney, Taylor Swift and Kendrick Lamar were all due to perform.