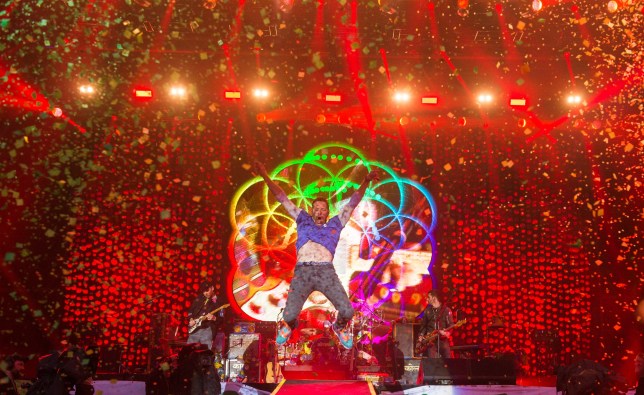 Coldplay are one of the acts set to play Worthy Farm Live (Picture: Samir Hussein/Redferns)

Glastonbury’s decision to host a global livestream on the first weekend music venues can reopen has been described as ‘disappointing’ by the boss of the Music Venue Trust.

Mark Davyd, founder and chief executive of the organisation, said the move represented a ‘complete failure’ by organisers to support grassroots venues hard hit by the pandemic.

Coldplay, Damon Albarn, Haim, Kano and Jorja Smith are among the artists booked to play at various well-known sites around Worthy Farm, including the Stone Circle and Pyramid Stage, on May 22.

But the event has already hit a snag – it clashes with the date currently listed for the grand final of the Eurovision Song Contest.

‘Announcing the world’s largest online event for the first weekend on which limited, actual in-person events are permitted really isn’t that.

‘I’m going to politely describe the decision by @glastonbury to choose that specific weekend as “disappointing”.

I think what the live industry really needs right now is some collective, collaborative, joined up thinking.

Announcing the worldâs largest online event for the first weekend on which limited actual in person events are permitted really isnât that. #livefromworthyfarm

‘But it unfortunately reflects a complete failure by the festival to support grassroots music venues. Literally no engagement with @musicvenuetrust at all.’

Tickets for the virtual event, which will be broadcast across four separate time zones, cost £20, with organisers also saying there will be ‘a number of unannounced surprise performances’.

‘But we can promote #ReviveLive and persuade people to spend their £20 in venues that need it.’

He since clarified that Worthy Farm Live was scheduled prior to the roadmap being announced, tweeting: ‘Positive conversation with Drift regarding LiveAtWorthyFarm Appears the event was booked prior to roadmap being announced. It falls to @glastonbury to consider how to deliver this event while supporting grassroots music venues & @musicvenuetrust at a crucial time.’ 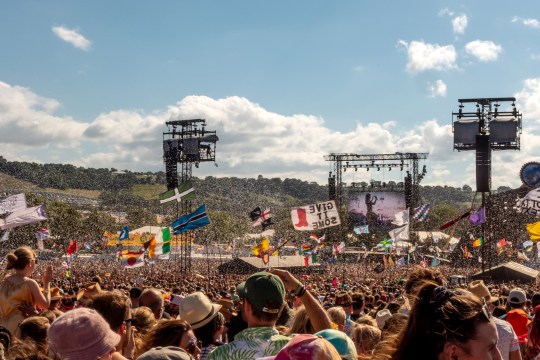 Glastonbury has missed two summers due to the pandemic (Picture: Andrew Hasson/Getty Images)

Live in-person concerts have largely been cancelled over the past year in the UK due to the ongoing coronavirus pandemic, with festivals in 2020 cancelled.

While some festivals are going ahead in-person this year, including Reading and Leeds, Isle of Wight and Parklife, Glastonbury announced that its 2021 festival would be postponed until 2022.

The final airs on BBC One, and in 2019, the contest was watched by over 180million people worldwide, leaving people confused as to why Worthy Farm Live would risk splitting the audience.

However, the live-streamed event does avoid clashes with the FA Cup final and the UEFA Champions League final, which are scheduled on Saturday May 15 and May 29 respectively.

Spears: I cried for weeks over Framing Britney documentary

Britney Spears ‘cried for two weeks’ over the documentary about her life.

The 39-year-old said Framing Britney Spears is just another Toxic episode in her life. ‘I didn’t watch the documentary, but from what I did see of it I was embarrassed by the light they put me in,’ she told her 29million Instagram followers.

Meanwhile, Basic Instinct star Sharon Stone revealed Britney reached out to her after her infamous head-shaving in 2007.

Sharon, 63, said: ‘Britney wrote to me a very long and important, poignant letter during a very difficult time in her life – about the time when people would recognise her for when she shaved her head – wanting me to help her. I was in a very difficult time of my life, and I couldn’t help.

‘The truth of the matter is, we both needed help.’

A wave of girl power is sweeping this year’s Brit Awards nominations with, for the first time, four female superstars battling it out for album of the year.

Last year only men – including Harry Styles and Stormzy – made the list for the night’s biggest prize.

But it is all change this time round. The lone male contender is J Hus, outnumbered by Dua Lipa, Arlo Parks, Celeste and Jessie Ware.

The nominations by the Brits Voting Academy – which includes Guilty Pleasures on the panel – mirrors an emotionally charged year across society with calls for equality and better treatment of women.

Headie One (feat AJ Tracey and Stormzy) – Ain’t It Different

Regard and Raye – Secrets

Celeste – Not Your Muse

Grammy winner Dua has already confirmed she will perform at The O2 in London on the big night, but it might not be her only appearance on stage as she is on course for a hat-trick.

Future Nostalgia is up for best album and Dua is also in the race for best female and best British single for Physical.

Celebrating her breakout year, Arlo Parks is also hoping for a triple victory. Her hit record Collapsed In Sunbeams is taking on Dua for best album and they meet again for best female. Arlo is also nominated for the Brits’ breakthrough award.

Rain star AJ Tracey is another triple threat with a best male nod and two tracks up for single of the year.

Lockdown albums are locked in battle in the international female category, with Ariana Grande, Billie Eilish, Cardi B, Miley Cyrus and Taylor Swift in competition – although Kylie and Lady Gaga were snubbed.

A woman has been arrested outside Drake’s home in Toronto.

Police were called to the Hotline Bling singer’s property on Tuesday evening and an unnamed female was taken into custody.

Drake was at home at the time but had no contact with the would-be intruder.

Police told TMZ she was apprehended before gaining entry, dismissing reports that a woman with a knife had used a metal pipe to hit a security guard.