In some exciting news for all the Take That fans out there, Gary Barlow has shared a tasty little morsel of intel on a new album from the band.

That’s right, the 51-year-old frontman has revealed the Patience hitmakers – completed by Mark Owen, 50, and Howard Donald, 54 – have been working remotely on the follow-up to 2017’s Wonderland.

Good thing this matches Mark’s story, with the singer recently telling Metro newspaper the lads were working on their reunion.

According to Gary, their collection of new ditties will land next year in anticipation of their 2024 world tour.

In a new interview, he said: ‘We’ve kind of started already. We’ve learnt to work remotely because we live in different parts of the world.

‘So I’ll send off a chorus and say, “Let me know what you think, lads”, then it will be back a few days later and it’s had a little more written on it.

‘You’ll hear a single just before the summer next year and the album will be released around October. And the following year we’ve put the whole of it aside for a world tour. We haven’t done a world tour for years. So we will take this new record everywhere and there will be a few surprise places that we haven’t toured before.’ 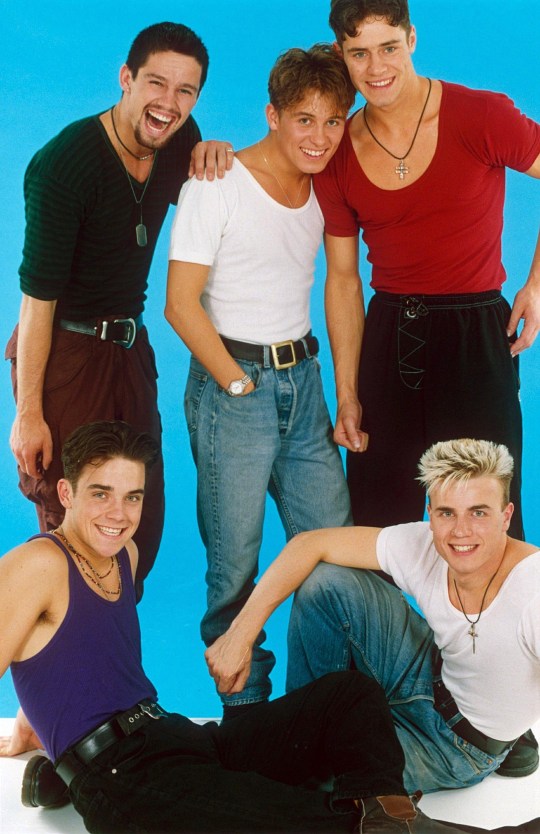 Mark is California-based and has been busy with his solo career, with his fifth solo album, Land Of Dreams, set for release on September 23.

Howard, meanwhile, has been DJ’ing and Gary’s latest ventures include launching his own brand of wine, Gary Barlow Organic Rose.

Should have been called Gary Barlot, but that’s neither here nor there…

Anyway, Gary insists the Giants hitmakers have a lot left they want to achieve together yet, and he believes they will be around for ‘years’ to come yet.

He told The Sun newspaper’s Bizarre column: ‘We’re feeling ambitious and ready for hard work. Music isn’t about repetition, so we always want to feel like we are moving forward and chasing new dreams.

‘We’ve done a lot as Take That but we haven’t achieved everything we want to achieve. I believe we have years to go yet.’

Take That also have a movie coming out, Greatest Days, as does former member Robbie Williams, 48.

And Gary says his former bandmate has been a ‘bugger’ teasing them over who will portray them in his biopic.

Gary added: ‘We can’t wait to see it. Rob’s had a colourful life and that story needs to be told. And what’s lovely is, we also have our own movie with our songs in, and you think, “Wow, after all these years, we’ve both got movies out”. It’s a good place to be.’