Frank Carter & The Rattlesnakes have dropped their blistering new single ‘My Town’, featuring IDLES frontman Joe Talbot. Watch our video interview with the band discussing the track and the collaboration above.

The first taster of new material following their acclaimed third album ‘End Of Suffering’ from 2019, ‘This Town’ comes as a “big golden high five across the world of British rock”, with the meeting of modern punk icons on one powerful and profound song.

“Joe Talbot is one of my heroes, so for me to have him on this track was a pretty special moment,” Carter told NME. “He’s another very angry man – potentially angrier than me!”

Explaining how they met, Carter told NME how having been a fan of IDLES for quite some time, he eventually got to see them live when they were both at the same festival in Budapest. “I watched the whole gig and I just cried,” he said. “I just felt really fucking emotional. I don’t know what it was, whether it was just seeing a band that were cut from the same cloth as us.

“When we play, it’s everything. We put everything into it. Every now and again you see a band, and you know in your heart that music has saved all of their lives. I can say that about IDLES with 100 per cent fact. I feel the same way about me and the guys in Rattlesnakes.”

After making the “no-brainer” decision to ask Talbot to collaborate, the frontman arrived in the studio to sing Carter’s lyrics and bring a “more unhinged” element to proceedings.

“‘Terror’ is a really good way of putting it,” said Carter. “He’s an incendiary bomb of a human being. He’s cool as a cucumber, but will just batter you! He’s impending doom in human form – he’s fully-realised in himself. I love it when you meet someone and think, ‘You just get it’. Joe just fully understands his entire capabilities.”

Lyrically, the song paints a grim picture of a town’s citizens letting their fears and prejudices tear them apart during lockdown.

“It’s a song about the collective mental health of the world right now and how it’s easier to start watching the world around you start crumbling before you ever take a hard look at your own stability and fragility,” explained Carter. “We live in a society where we’re designed not to do that. We’re not supposed to question how we feel. We’re just supposed to continue moving.

“It’s about understanding that even when the world is falling apart, we still give off this avatar that we’re OK.” 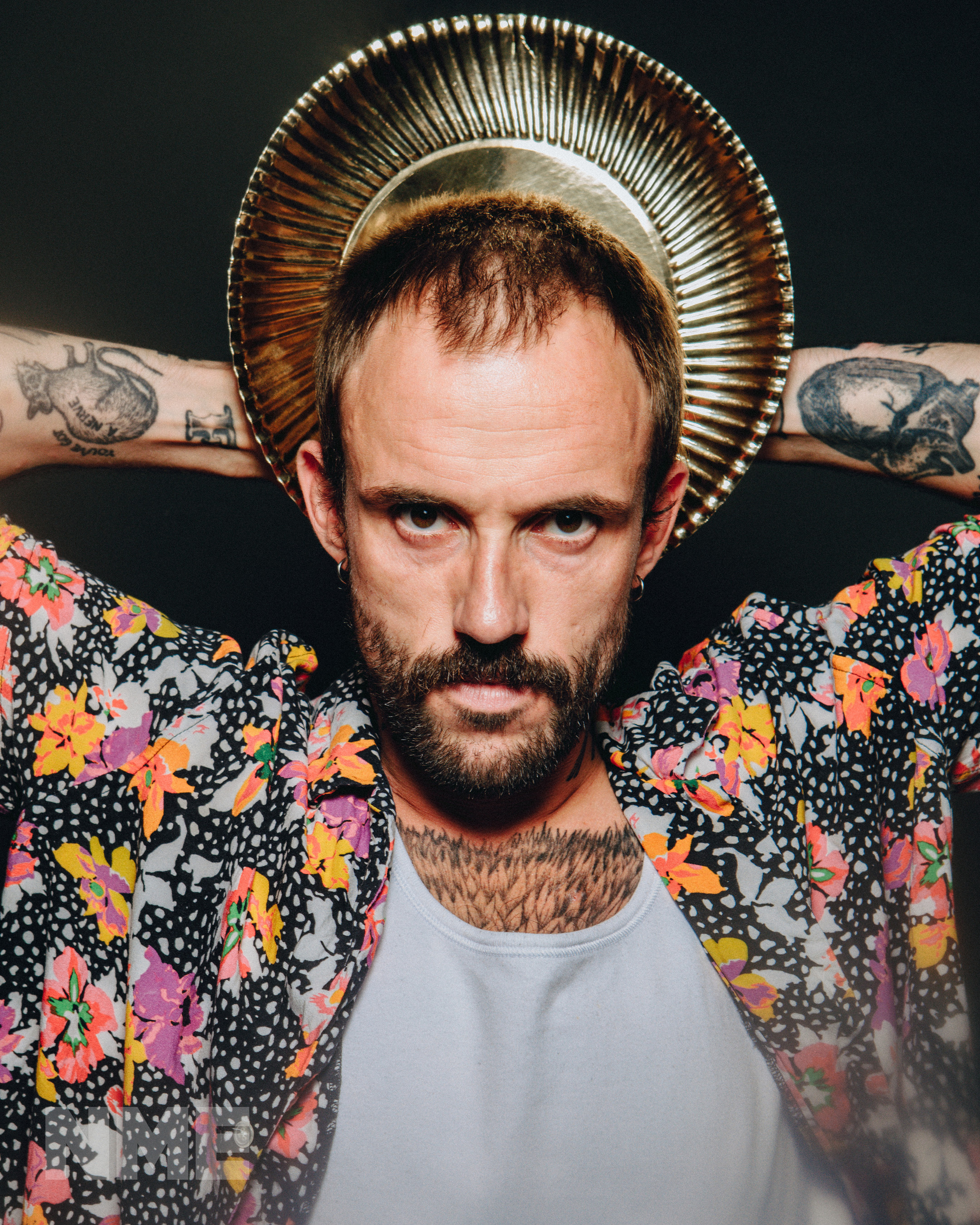 Opening up about the profound impact of the COVID crisis on society, Carter explained how “the division is one of the hard bits for me”.

“[The pandemic] has ramped up the class divide, the social divide, the economic divide, the patriarchal divide – all of those things have been exacerbated,” he said. “It would have been nice to walk out of this with everyone in white robes and beaming empathy from our third eye and golden hearts full of love for our fellow humans, but that was never going to fucking happen, was it?

“We still hate each other, and that’s been the most heartbreaking thing. Watching people express their freedom of speech by standing outside a hospital to protest that it was a ‘fake disease’. I could not fucking believe the entitlement, the privilege and the fucking selfishness.”

Bandmate Dean Richardson agreed that he too had been affected by the divisive split of political discourse and culture wars.

“This is the only time that I can think of in human history where it’s like this,” Richardson told NME. “In a war, for instance, you work as a team. This is a global thing where every single human has got the same problem. The only other example I can think of is climate change. With this, it’s killing people you know. Even then, we haven’t united as one.

“It’s not the most promising idea for what we can do as a collective, but we are all one species here against a common enemy and we’ve still turned in on each other in a lot of ways – like are you an anti-vaxxer or a pro-vaxxer? It seems crazy that we’re pointing fingers when we could all be facing this problem together.” 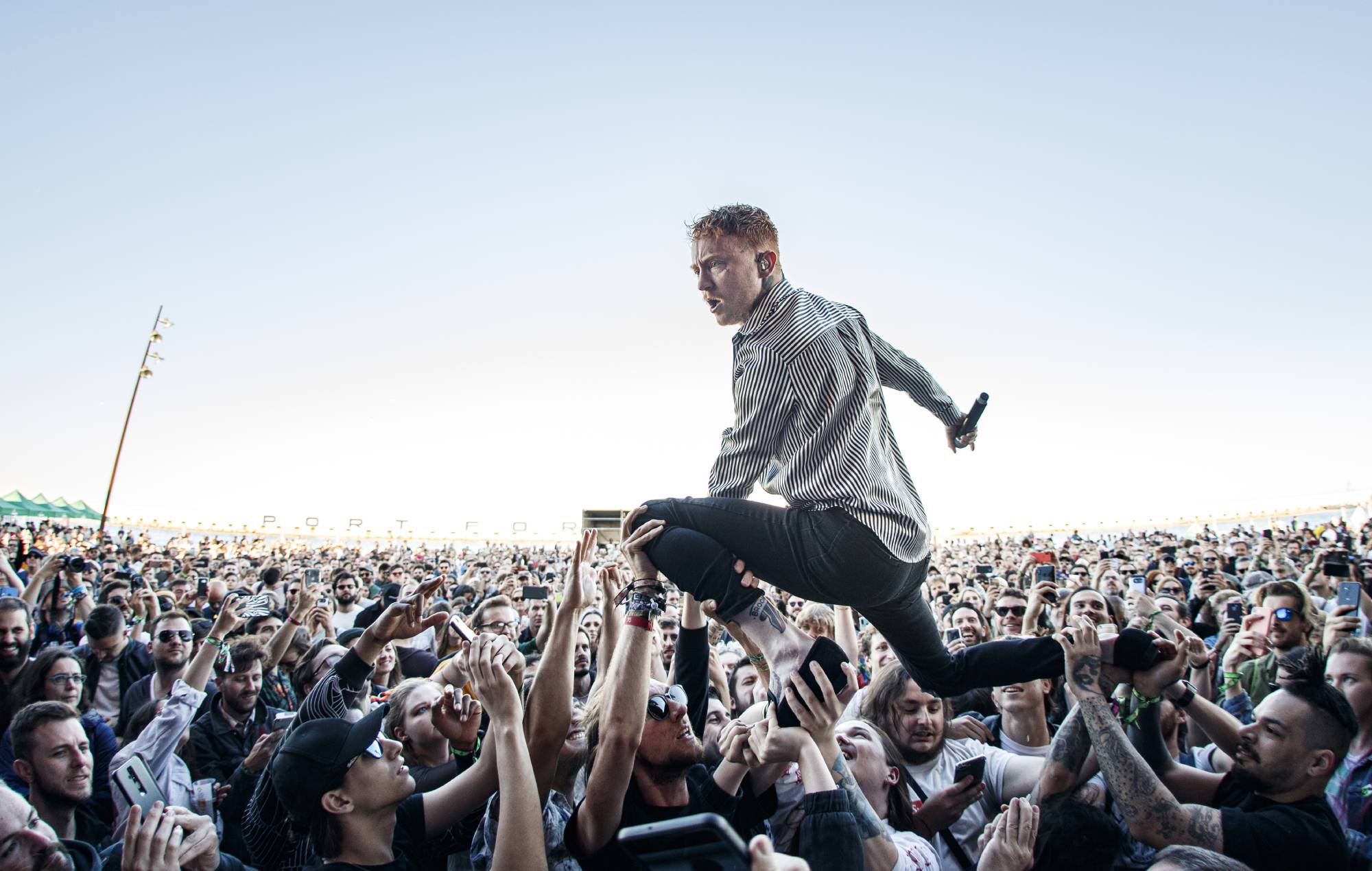 Asked if ‘My Town’ is a sign of another album looming on the horizon, Carter replied: “I’ve been told to tell you that there’s something coming, wink wink,” with Richardson teasing: “Let’s just say we’ve not wasted much time in this last year of having no touring. We’ve definitely made more stuff that we’ve ever made before – ready for what comes next.”

Carter added: “That stuff is 30BPM than any stuff we’ve done. Basically, there is so much more to come from us in 2021 and we are very, very pumped.”

Watch our full video interview above, where the band also talk to us about opening a new tattoo parlour, life in lockdown, and dreams of returning to the stage soon.

Bachelor’s Madison Prewett Is Single, Has ‘Been on a Few Dates’