WHEN Foals take to The Other Stage, for their Glastonbury Festival headline slot next Friday, it will be a special night.

And it’s a show that the band’s frontman Yannis Philippakis is more than looking forward to.

Foals will take to The Other Stage, for their Glastonbury Festival headline slot next FridayCredit: PR HANDOUT 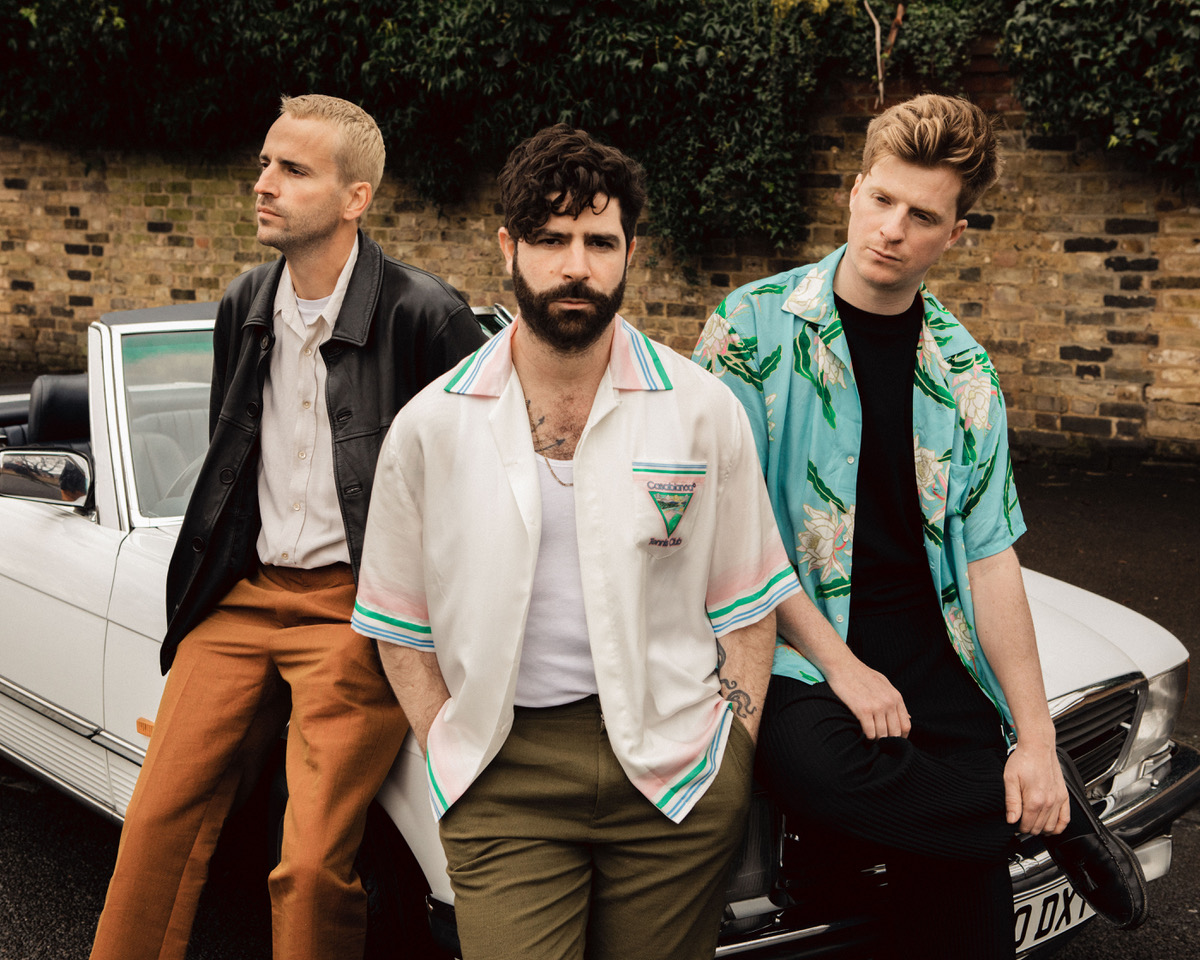 The band release their seventh album Life Is Yours on FridayCredit: PR HANDOUT

“Yeah, I think this year’s Glastonbury is going to be even more powerful than normal. It’s going to be an emotional one.

“And it’s the perfect slot for us. I can’t wait and I think it will be a real highlight for us.”

Past Glastonburys have seen them play second to Muse’s headline slot on The Other Stage in 2016 and perform a secret set on The Park stage in 2019.

It’s going to be a double celebration for Foals — Philippakis, drummer Jack Bevan and guitarist Jimmy Smith — who release their brilliant seventh album Life Is Yours today. 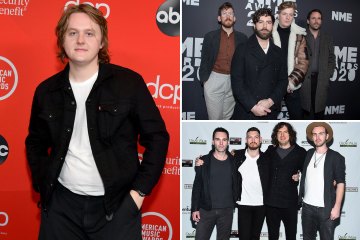 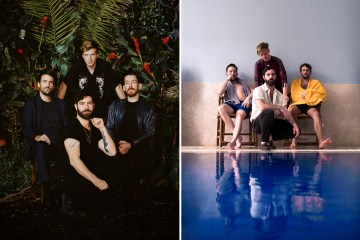 A post-pandemic party, it’s the perfect album for going out and having fun to.

And meeting the Oxford band in Brighton ahead of their headline Glasto show, in the middle of a sold-out tour, Philippakis is in good spirits.

“And it was just amazing and we turned it into a club. We turned an arena into a bouncing heaving dance floor — it was awesome.”

While Foals’ 2019 album Everything Not Saved Will Be Lost — Part 1 (followed by Part 2 seven months later) was dark and almost a precursor to the pandemic, Life Is Yours is full of colour and energy.

“Yeah, Everything Not Saved Will Be Lost was almost prescient,” says Philippakis.

“Writing that record we were feeling melancholy.

“Then, with the pandemic, there was enough darkness and bad news in the day to day that the last thing imaginatively we wanted to do was to explore those themes.

“The whole of the last two years was deeply unnatural. It was pretty weird circumstances to make a record anyway, so we wanted these songs to take us anywhere else but where we were.”

Life Is Yours has been labelled Foals’ “rave rock” album. A sister album to their 2008 rhythmic debut Antidotes.

“I don’t know how I’d describe it,” says Philippakis. “I definitely think this is our dance record.

“When we first got signed, new rave was the big thing. It was all about Klaxons and we were part of that scene.

“So, in some ways, this record is looking over its shoulder back to when we started.

“We used to play these house parties that were crazy. It’s taking it right back to just being able to make people groove out.”

Philippakis, 36, says it was important to approach this record as one whole project rather than a series of individual songs.

He says: “We tried to make it really cohesive, for the whole album to have a proper journey.

“Sometimes with our records we’ve prioritised writing lots of different types of songs.

“And really explored the ways in which we can write songs, but sometimes it’s meant that there’s more contours in listening to it.

“It goes up and down and throws you from one side of the room to the other.

“On this record, we wanted to make a record where, if you put it on, at the start of a night, you’re not skipping a track, or changing the flow too much.

MADNESS OF NIGHT OUT

“It’s all about the madness of a night out – as that’s what we were all missing in lockdown.”

First song to start the ball rolling was 2am, a dazzling track that recalls the end-of-night comedown after a hedonistic evening when you’ve lost your friends and need to go home.

Other tracks include the funktastic Wake Me Up, a dancefloor call to arms and the rave-up The Sound.

Final track Wild Green is arms in the air, pure joy. It’s an album that you can’t sit down to.

The video for 2am was made by Ukrainian director Tanu Muiño and saw the band travel to the Ukraine to film the party scenes just before the country was attacked by Russia.

“There was a discussion about whether we should go as it became a real concern.

“But we went over for three days and the video was amazing.

“The sad thing now is that people who worked on the video I’m pretty sure are fighting now.

Life Is Yours marks a fresh start in many ways for Foals who downsized to a trio after keyboardist Edwin Congreave decided to quit the band to study an economics postgraduate degree at the University of Cambridge and focus on helping with the climate change crisis.

Philippakis — who quit his English Literature degree at Oxford University after just one year in order to pursue the band full-time — says: “During touring, Edwin was doing an Open University degree — we’d finish a show, get on the bus and he’d be cracking the books open as we were all doing tequila shots in the front of the bus.

“Then when the tour stopped with the pandemic and we started to write the new record, we had to have the discussion of, ‘Is it worth embarking on the writing if you’re not going to be on tour’.”

The singer admits it didn’t come as a shock, unlike when Gervers left the band.

“We weren’t expecting it when Walter left. I thought it would be the five of us forever so there was a sadness about Edwin going.

HUNG OUT WITH PIRATES

“And we live really close to each other and he came to the show in Birmingham so we’re still quite pally.

“Even though me, Jack and Jimmy were the main writers on the last two records, Edwin was still in the room.

“He partook and he wrote some of it too. So, this album is really the three of us and took some adjustment and some getting used to.

“And one reason why we’ve been able to continue as a three-piece is because we’ve had to expand roles. Don’t get me wrong, it’s been a challenge but also fun to keep it fresh.

“Jimmy also moved to the States so I was sending him over music all the time.

“Now we have more space to try different ideas. It’s also more intense as three is a weird number.

“It’s taken some getting used to go from a five to a three.

“Edwin and Walter were slightly easier characters than us three probably, so now we’re left with these three points of a triangle. It’s made Foals interesting.”

Returning to playing live is where Philippakis is enjoying life in Foals the most.

“The thing that gives me the biggest buzz at the moment is just playing awesome shows,” he says.

“When the pandemic hit we’d been in Asia then we flew to Thailand as the whole tour was falling part.

“It was game over so we flew to an island off the Philippines called Boracay — so we were tourists for a while and even hung out with some pirates there.

“But live music wasn’t happening for a long time. Even pubs were closed.

“So, this tour is something we’ve set up that’s going to now take us through the next couple of years.

“There was a lot of the work in the beginning — the stage, the film, everything but it’s up and running and it’s honestly been awesome.

“The only thing that I can’t handle like when I was younger are the wild nights on tour. I can’t hit it as hard as I used to.

On the subject of partying, Philippakis is furious about political scandal Partygate after photos showing the Prime Minister drinking at an event during a Covid lockdown were published.

“I think the way those involved have behaved it is just despicable,” says Philippakis.

“I’m not going to add anything new to the debate, but you’ve got people that didn’t attend funerals, weren’t allowed into labour wards when their children were being born, weren’t able to say goodbye to people.

“It’s ‘we are superior to you.’ And you won’t find out. And now we know, well they won’t be punished. There’s no accountability. It’s gross.”

It’s been 17 years since Foals formed in Oxford and they are getting bigger with every album.

“It makes me feel lucky that we are here and playing like we are,” says Philippakis. “I feel it’s down to the music but some of it is to do with us.

“We’ve been playing Spanish Sahara on tour which is ten years old now. And we get such a reaction to old and new songs.

“Lots of people write good music but we are really loved. And I think that’s because every album we approach in the same way.

“It’s us, in a grungy little studio without any creature comforts. We are stripped of any ego and we make these brilliant records.

“I feel proud and very lucky.” 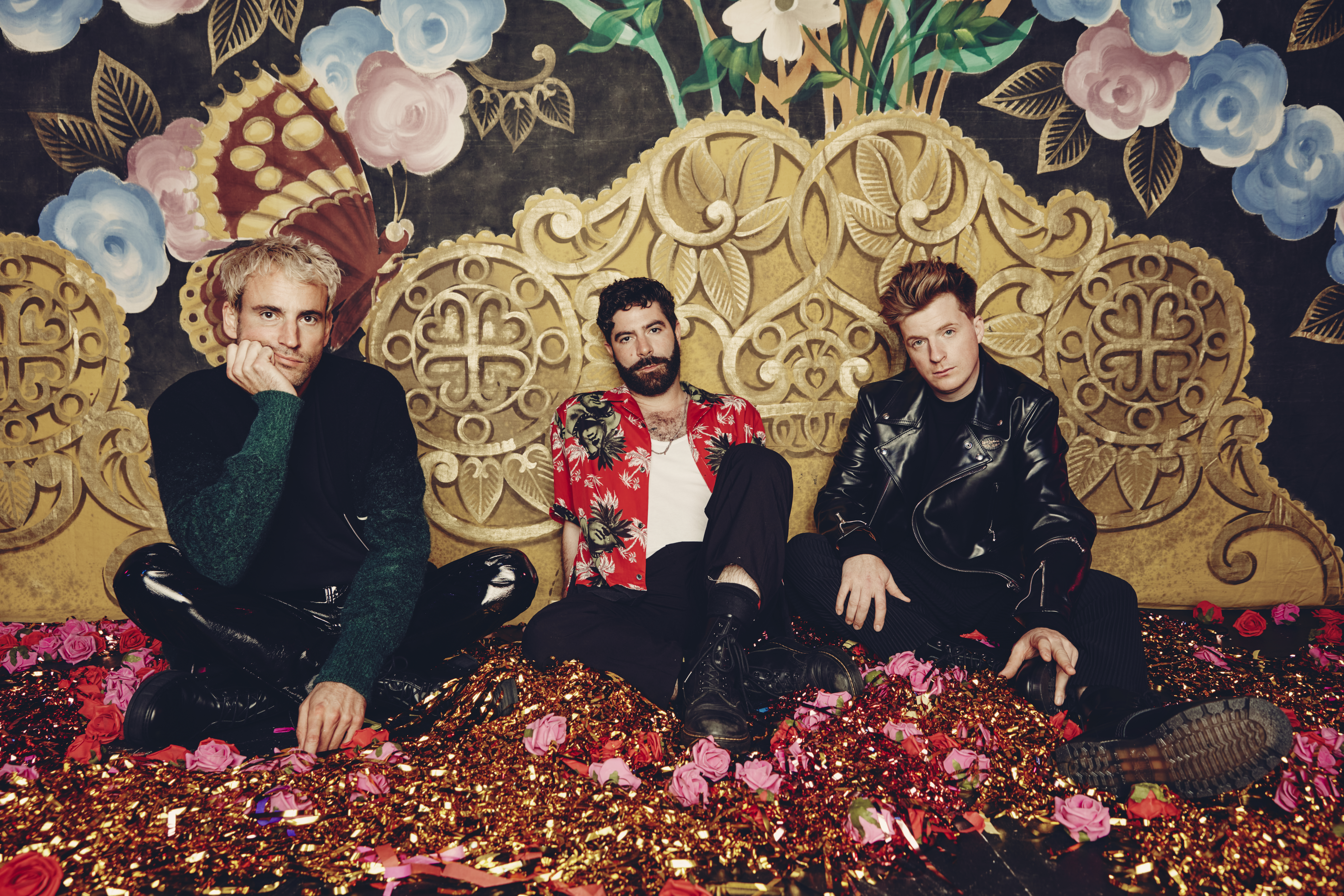 Frontman Yannis Philippakis says it was important to approach this record as one whole project rather than a series of individual songsCredit: PR HANDOUT 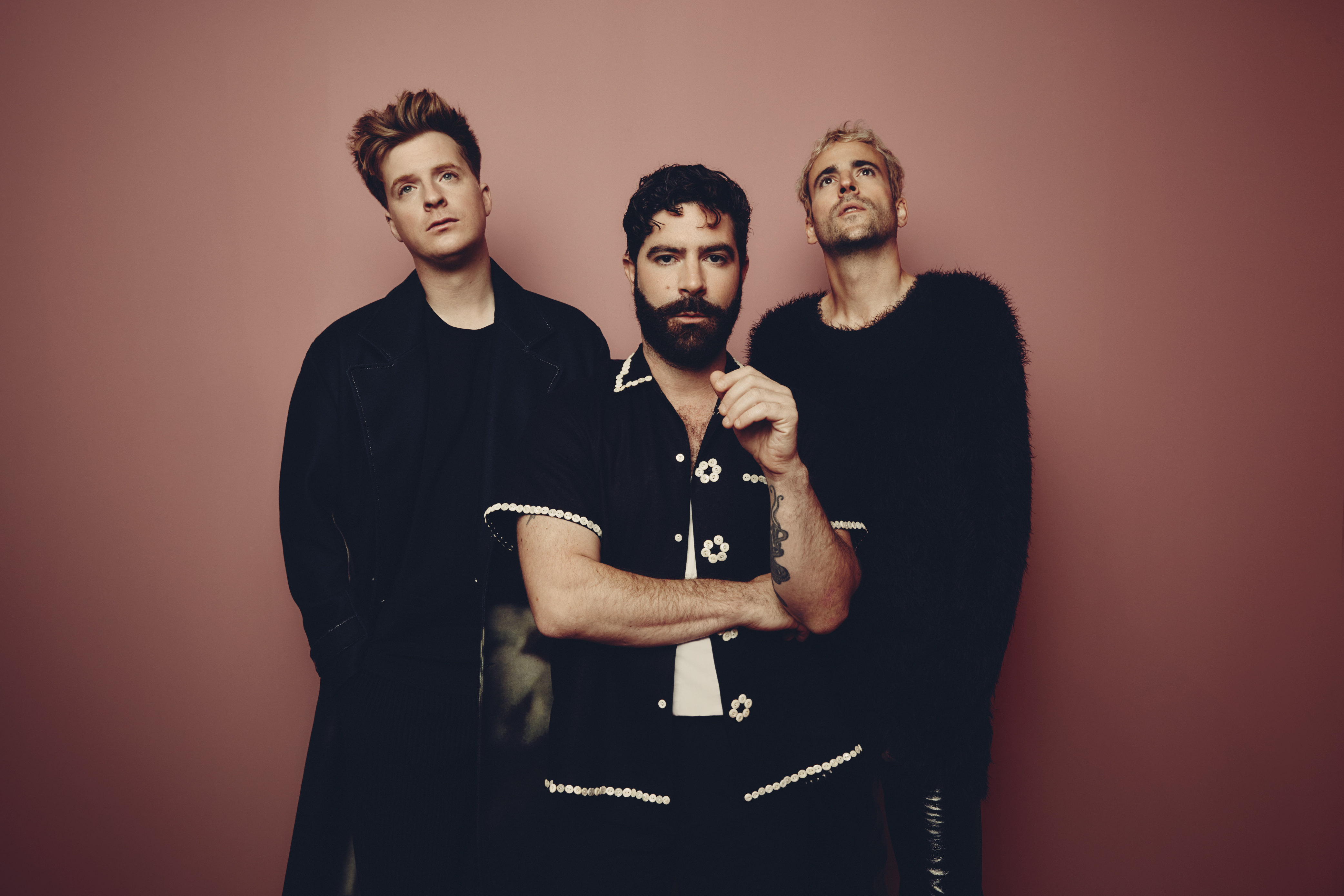