ROBIN PECKNOLD’S search for an album title led him to a simple five-letter word: Shore.

With it, the Fleet Foxes man expressed his feelings of relief, “like your toes finally touching sand after being caught in a rip current”. 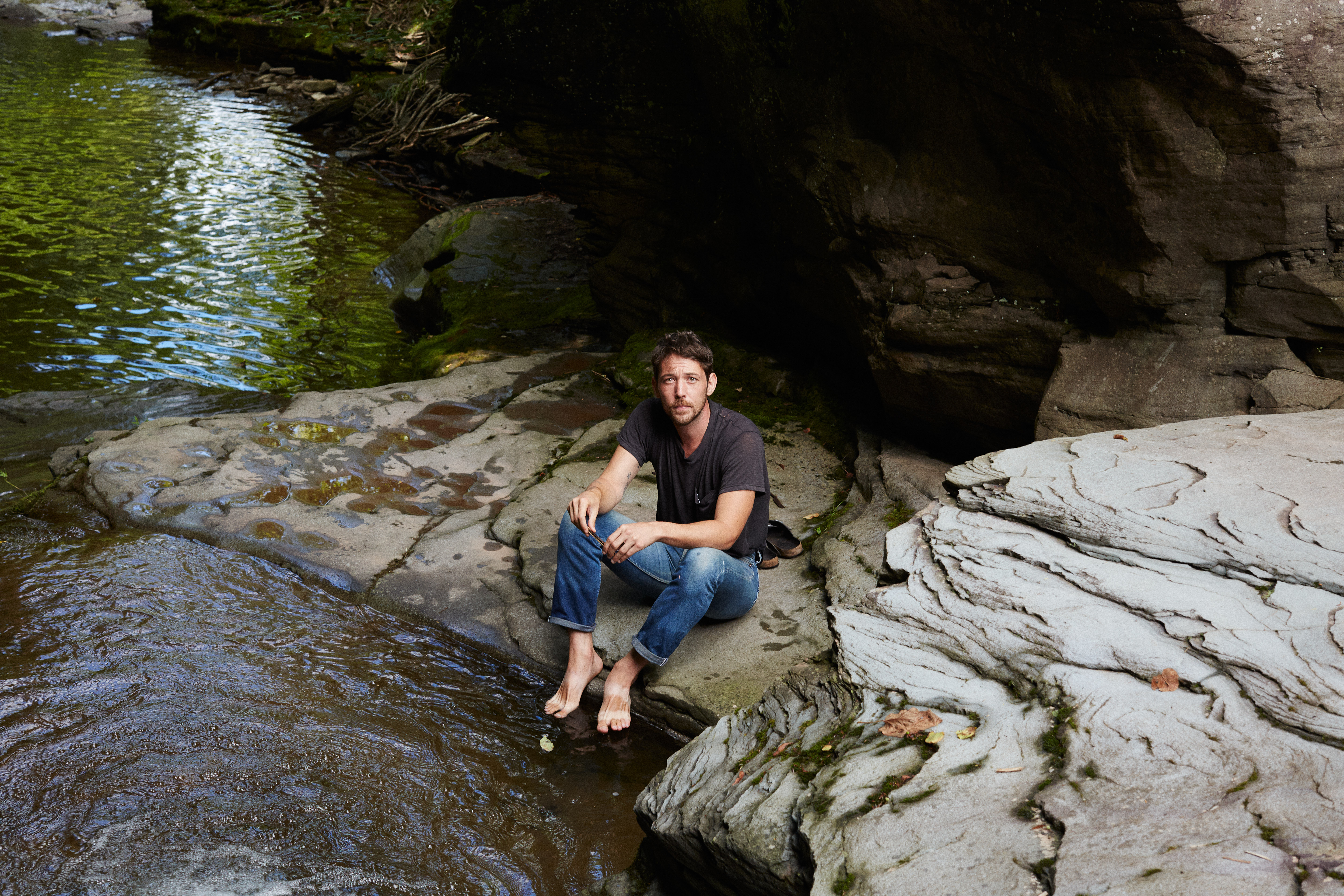 In a wider sense, which he acknowledges, this could be about us all finding much-needed respite in a world upended by the Covid-19 pandemic.

But on a personal level, Shore represents sanctuary from a real and terrifying encounter with a dangerous current off the coast of California.

In 2017, with surfboard under his arm, Pecknold took to the spectacular waves that inspired the Beach Boys all those years ago. It nearly cost him his life.

Speaking via FaceTime from Los Angeles, he tells of the “close call” accident that ensued.

“I really thought I was going to drown and was so relieved when I finally got to shore. That’s why that word came to mind,” he says.

“The leash attaching me to my board snapped, so I lost the board. Then I was swimming hundreds of yards out in a rip current. 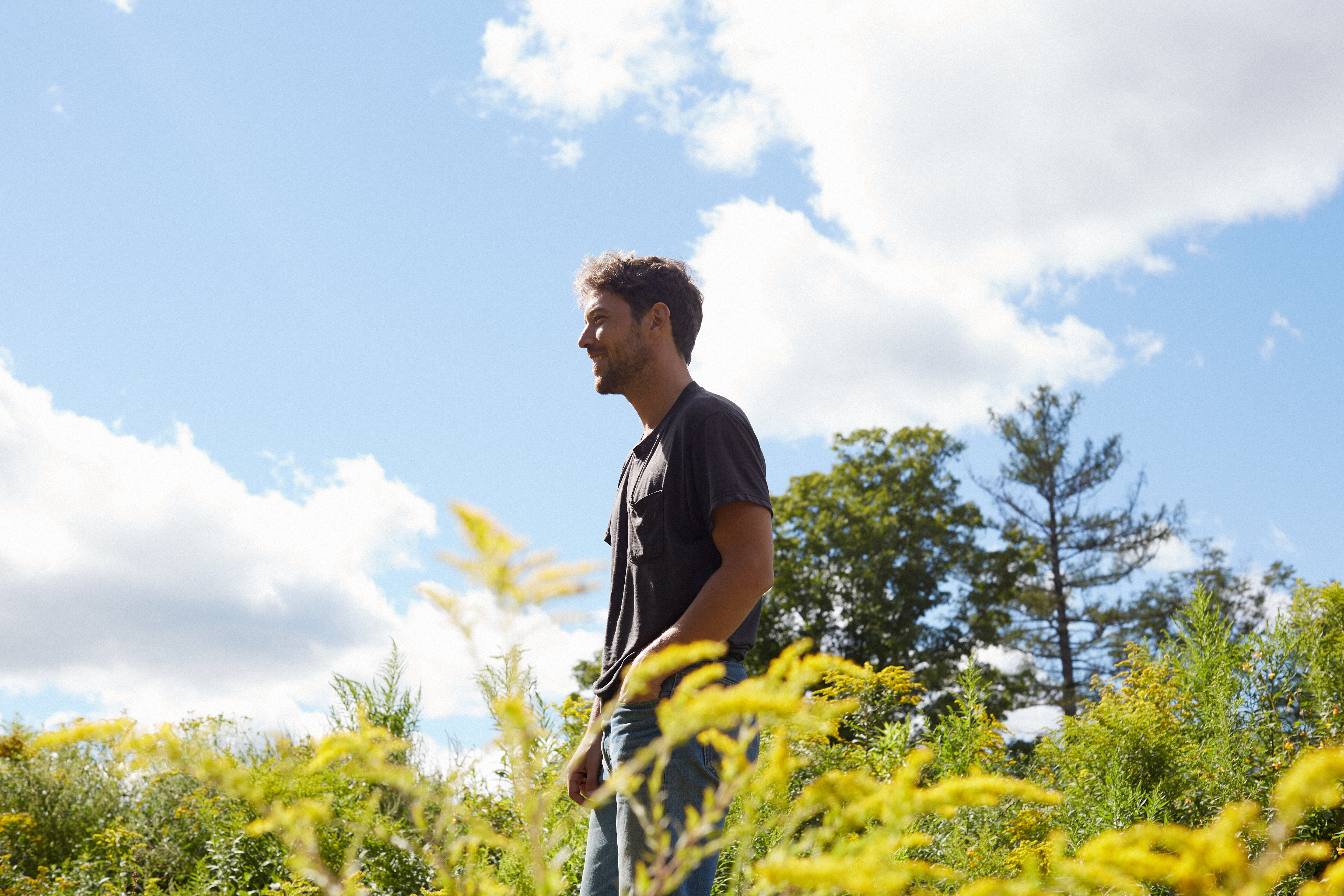 In 2017, Pecknold came close to death in a surfing accidentCredit: Emily Johnston 2020

“It took me ten or 15 minutes to get back to dry land — quite long enough, and it felt like for ever.”

For Pecknold, it seems his brush with death has had a profound, liberating effect.

Shore, the fourth Fleet Foxes album, is a sparkling return to form, beautifully crafted almost entirely by the man himself while also employing the steady hand of recording and mixing engineer Beatriz Artola.

Despite the theme of loss looming large across the 15 tracks, it is a life-affirming record filled with gorgeous folk-pop hooks — and their most accessible since 2008’s wildly successful debut.

I tell Pecknold it’s a freezing night in London but his new music feels like being bathed in warm sunlight.

“Oh man, I’m glad to hear that,” he replies with genuine sincerity.

The album comes with a happier surf connection in the shape of a Beach Boys sample on the visceral Cradling Mother, Cradling Woman.

Snippets have been used of Brian Wilson recording layer upon layer of vocal overdubs for an a cappella version of Pet Sounds track Don’t Talk (Put Your Head On My Shoulder).

Pecknold was overjoyed that Wilson gave his permission and says: “Hearing Pet Sounds changed my life completely as a teenager. I got obsessed with that music.”

Regarded as the Beach Boys’ crowning glory and one of the greatest albums of all-time, it bears some of Brian Wilson’s defining compositions: God Only Knows, Sloop John B, Wouldn’t It Be Nice and Caroline, No.

“I felt like it was the only thing that understood me,” enthuses Pecknold.

“I was so blown away by the complexity, the chords, the emotionality, the quality of the singing. Pet Sounds is the masterpiece that lit the fire of possibilities for me. I’m 34 now, ten years older than Brian Wilson when he made Pet Sounds, but I think people develop a little slower now.” 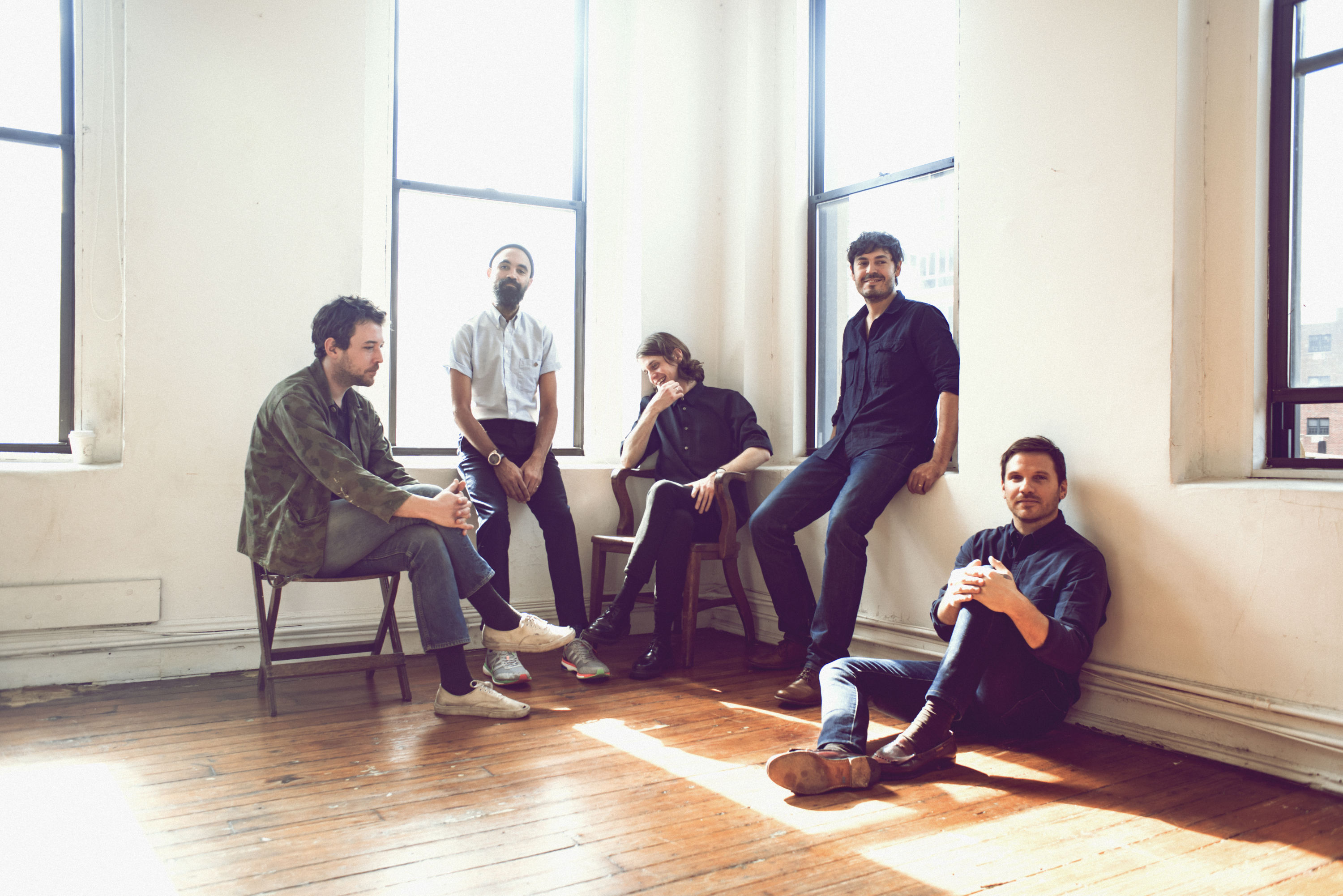 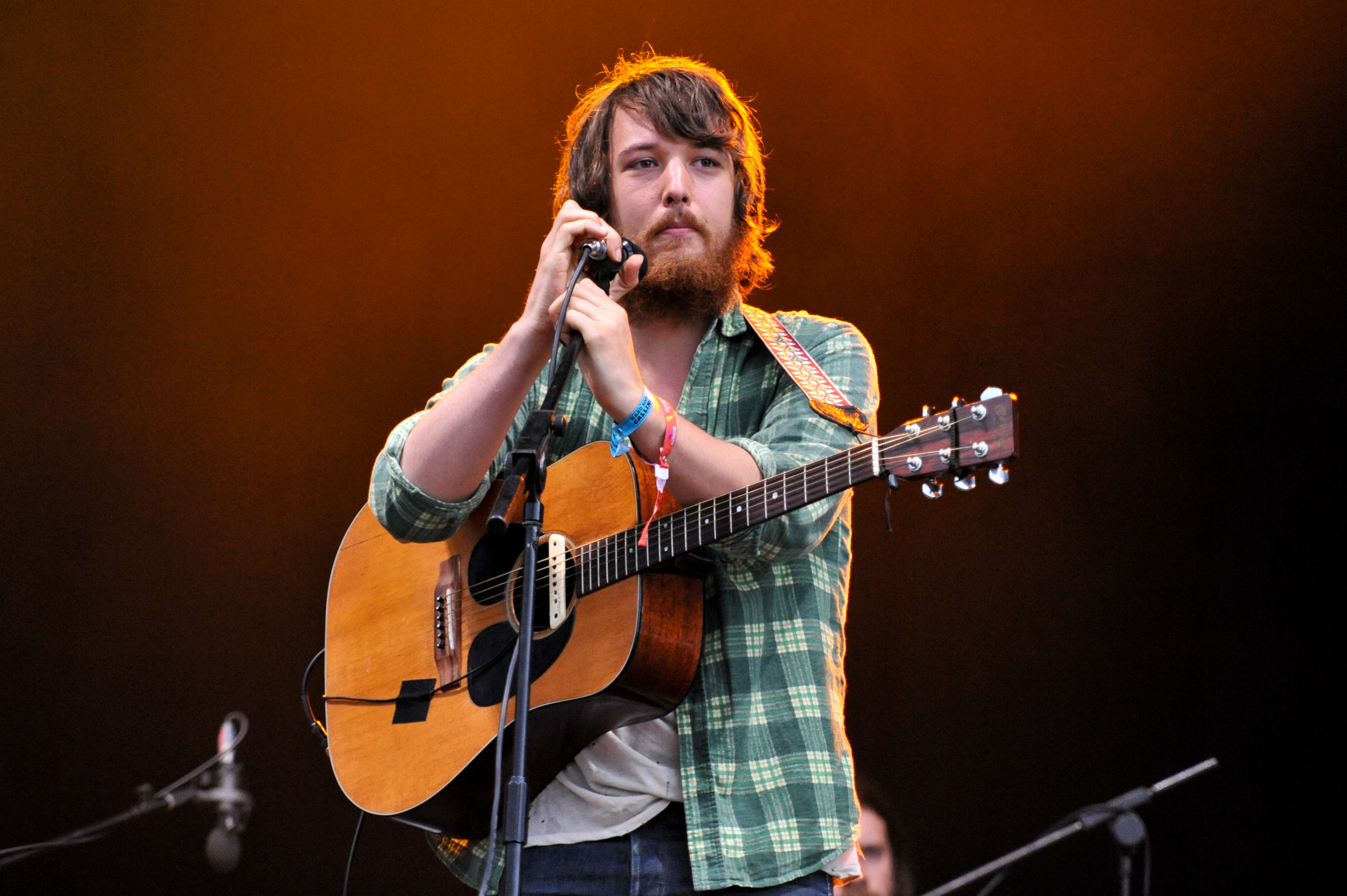 “A friend sent me an Instagram video of her singing (the Fleet Foxes song) Mykonos and I just loved the airy quality of her voice and the ease with which she was singing,” he says.

“I had a piece of music but the lyrics didn’t feel right for me to sing. The way I was trying to manipulate my voice felt distracting and corny. I realised it was perfect for Uwade.”

At that point in the recording process, Pecknold was at Studios St Germain in Paris while Akhere, a Classics student at New York’s Columbia University, was spending a term at Oxford University “so she was able to take the train and come to record for a day”.

He adds: “I like being of an age where I can look to those older (like Wilson) and those younger (like Akhere) and be a link in the chain.”

To fully understand the creation of Shore, you need to know that work began in late 2018, after Fleet Foxes had finished touring previous album Crack-Up.

‘Living opposite a morgue was intense’

The process involved sessions at various locations in the US and Europe but it took last year’s lockdown to get the project over the line.

As the first wave of the pandemic gripped and life in isolation became the new normal, Pecknold found words to go with his collection of largely instrumental pieces.

“In March, April, May, I was in lockdown at my apartment in Lower Manhattan and wasn’t working much at all, just paying attention to the news,” he reports.

“I was pretty confused about how the record would get finished. I’d already spent so much time and money on it and by that stage, it had become a real albatross.”

But as the weather turned, inspiration came to Pecknold on long, head-clearing drives, “sometimes eight or ten hours”, through upstate New York.

The lyrics flowed as he considered the overwhelming situation facing America — with Covid-19, George Floyd’s appalling murder, Donald Trump’s divisive politics and so on. 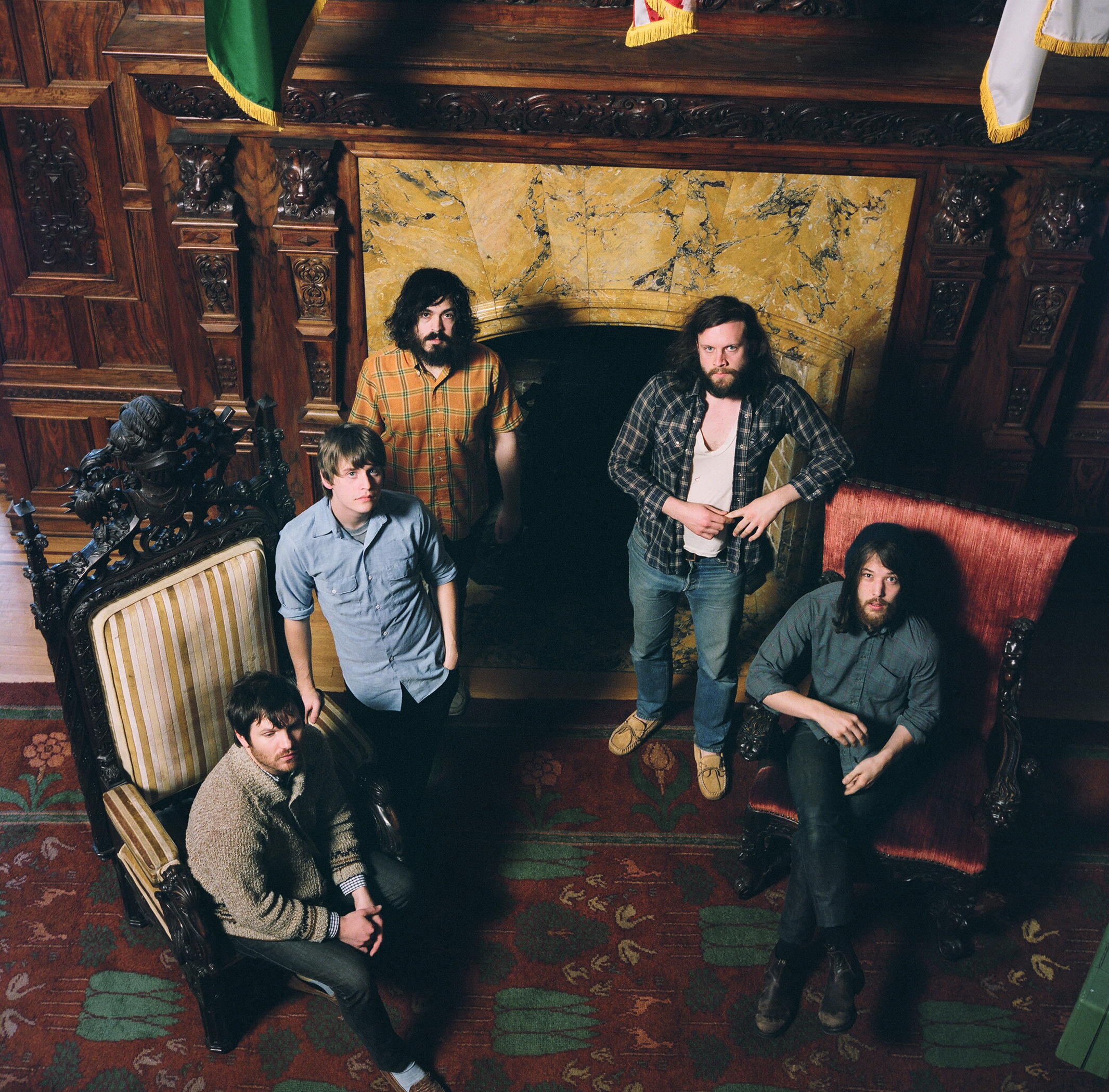 “It all made me feel lucky to be alive, lucky to have a roof over my head,” he says.

“When the pandemic hit, at least I didn’t have to put myself at risk getting on the subway or going to work every day at a grocery store. I was witness to a lot of political activity that in turn was eye-opening and informative to my writing.”

Of his year like no other, without the familiar rigours of touring, he says: “The main thing that affected me was living across the street from a hospital and seeing refrigerated morgue trucks pull up.

“It was fairly intense for the first few months and I’m still processing that,” he admits. “Now it’s so much worse everywhere but somehow it feels like we have adjusted. It’s crazy what people can adjust to.

“As far as how I feel now, I really miss shows and I miss congregating. But at least I’ve got my Zoom men’s group and my family. I’m thankful for that.”

When it came to turning his thoughts and emotions into words, Pecknold also dwelled on the musician heroes he has loved but are no longer with us, including John Prine, who died of Covid complications in April. 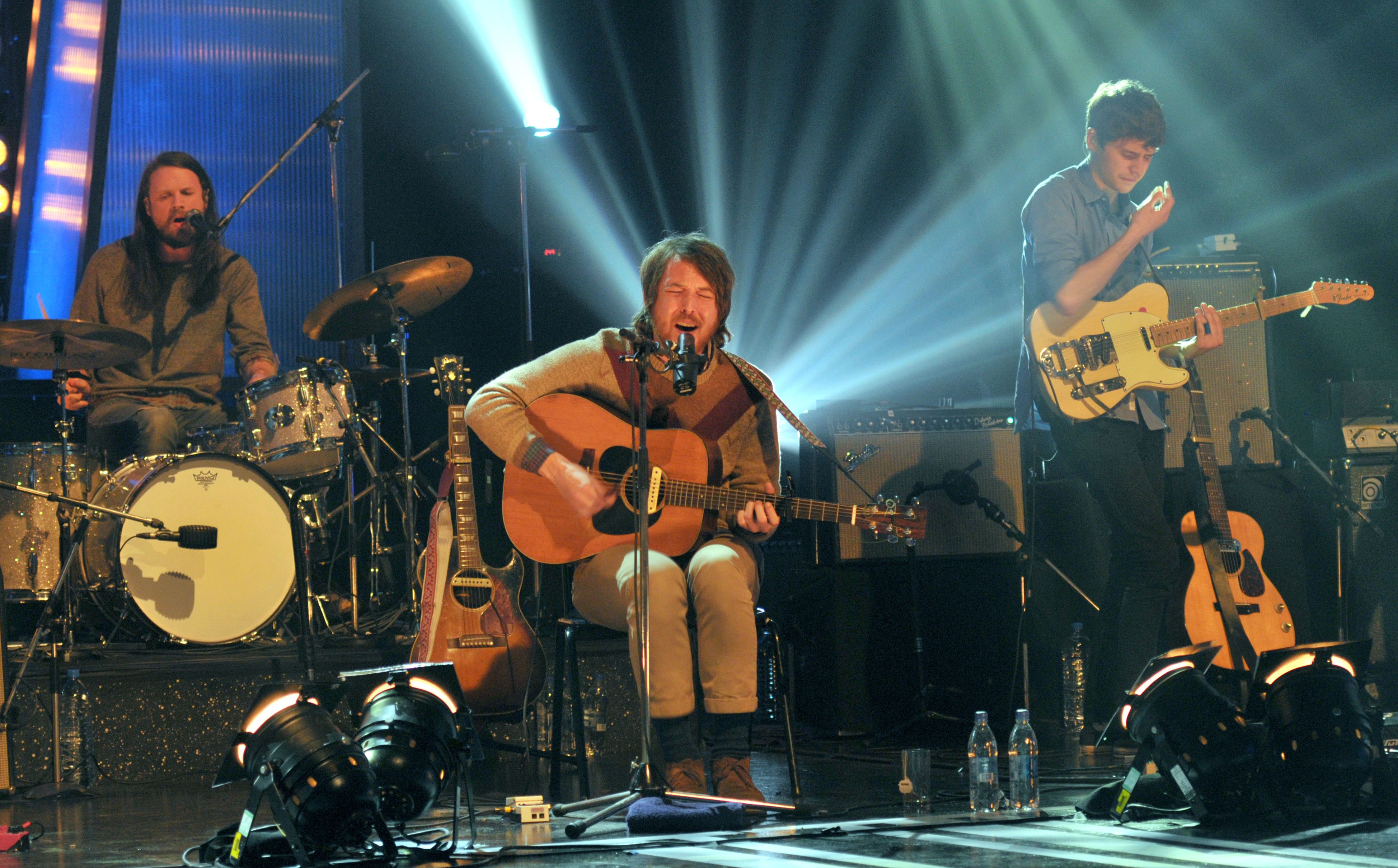 Pecknold has been influenced by musical greats from Bill Withers to Jimi HendrixCredit: Rex Features

Pecknold also names the singular David Berman, of Silver Jews fame, who died in 2019, not long after releasing a brilliant album under the moniker Purple Mountains, filled with typical wry, self-deprecating humour.

“He was able to be completely himself,” says Pecknold of Berman.

“As I get older, I realise that I can be influenced by his individuality yet still be nothing like him.”

Another musician referenced is Richard Swift, who died in 2018 aged just 41.

Swift was a key member of America’s North West music scene, centred around Portland and Seattle, where Fleet Foxes started out. 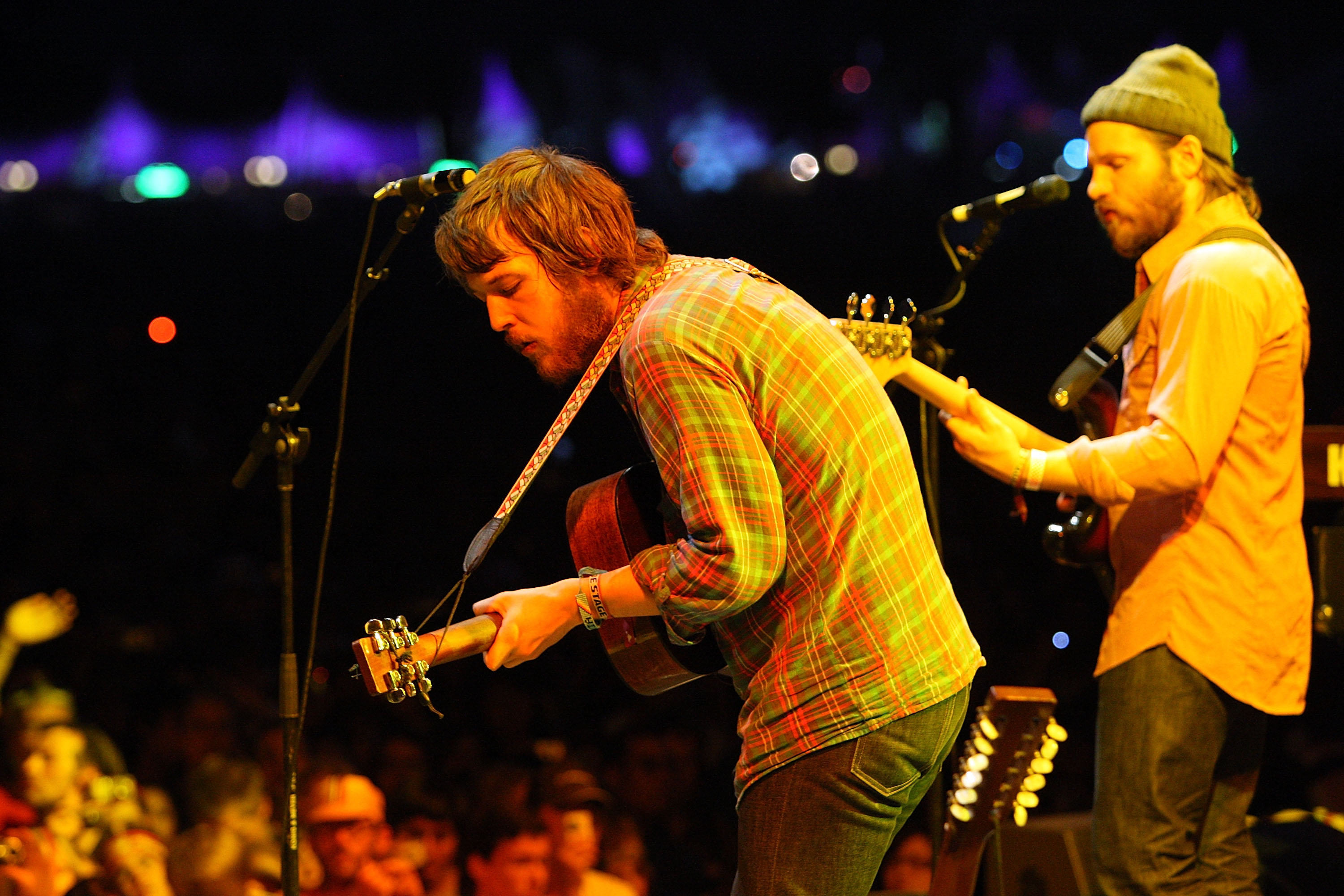 Swift had a stint in The Shins, produced the breakthrough album by Nathaniel Rateliff & The Night Sweats and released several acclaimed solo albums.

Pecknold says of him: “I knew him fairly well and certainly had friends in common who were even closer.

“We talked about working together and I’m sad that it never came to pass.

“He was a pillar of the community and such a musician. He loved playing and he loved working on whatever project was at hand.”

Another departed soul who inspired Pecknold is Victor Jara, the Chilean activist, poet and singer who railed against brutal dictator Augusto Pinochet and was killed by his fascist thugs in 1973.

Of the song Jara, he says: “These people are our gods. I was really feeling the power of that.

“If Sunblind talks of musicians, here is a person who was also a political figure and much more of a legend.”

Though he’s happy to acknowledge the stature of others, Pecknold has long felt uneasy about wearing the cloak of fame in an ego-driven music world.

He was just 22 when the first Fleet Foxes album sold more copies than most mainstream pop releases, much to his own surprise.

Instead of basking in the warm glow of success, he felt pressure to make a better follow-up record under the public gaze.

“Not to turn this into a therapy session but I really wish I’d been able to enjoy that experience as a 22-year-old a little more,” he says. “It was quite overwhelming.

“Even though I’d worked really hard, the success was so immediate that I felt guilty. I didn’t think I’d earned it and was hard on myself in the years following. 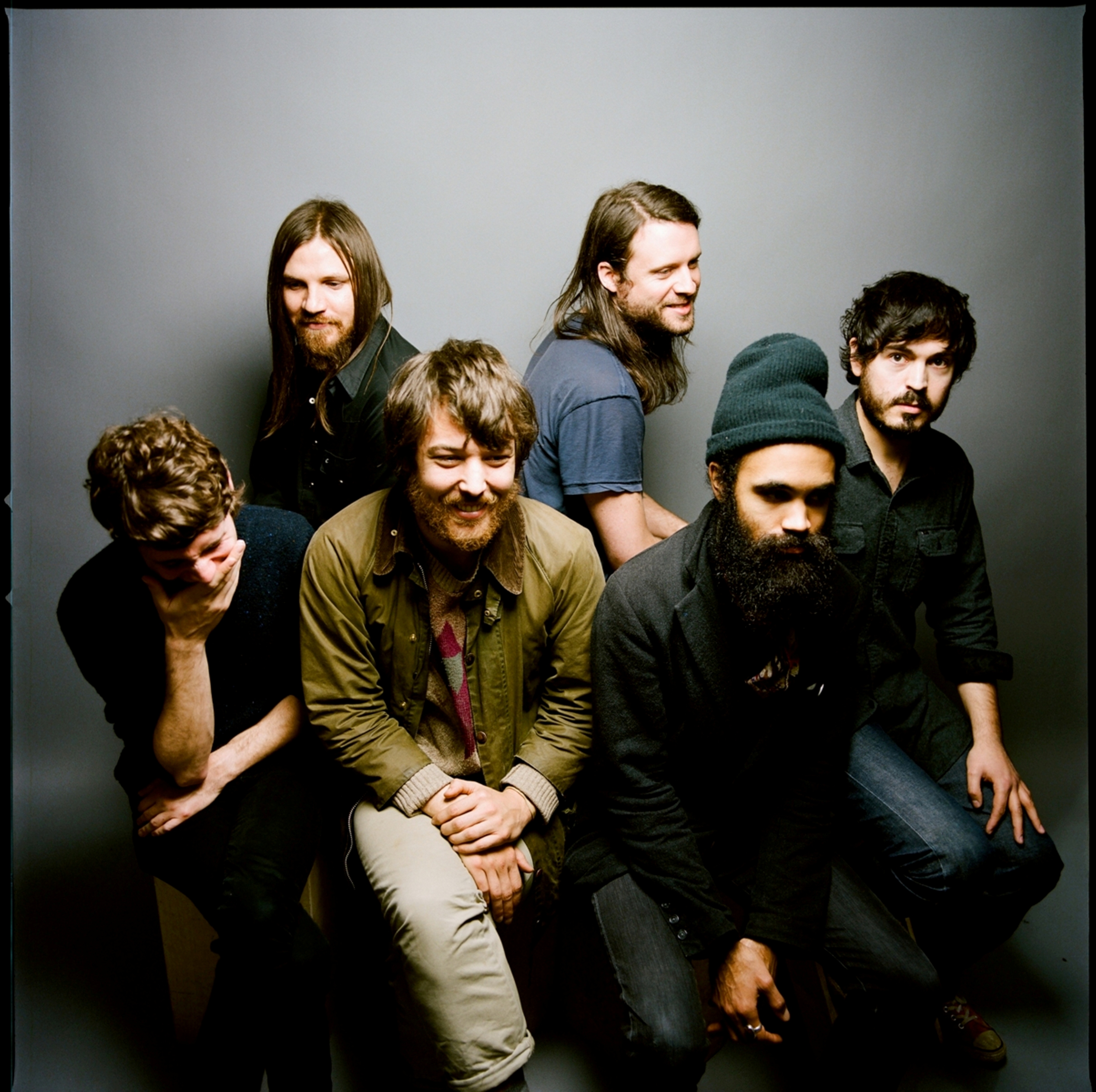 The band felt pressure to continue their initial successCredit: Handout

“Making this record (Shore) felt a lot like the first one because there was no heavy burden of expectation.”

In 2013, Pecknold took time out and enrolled at Columbia University’s School of General Studies.

“It felt like running away from the situation,” he says. “Everything had become too much to handle.

“When touring started for the second album (2011’s Helplessness Blues), I had acute awareness of how laser-focused on music I’d been. If I took that away, there was nothing else in my life.”

Pecknold had the sense to widen his horizons at university in order to “engage in the world in a real way”.

After the hiatus, Fleet Foxes returned with 2017’s Crack-Up, a complex, ambitious album that takes time to reveal itself to listeners.

But Shore is altogether more straightforward, playing to Pecknold’s melodic strengths and landing digitally on last autumn’s equinox to rapturous reviews. (The CD and vinyl releases follow on February 5.)

Maybe for the first time in his life, Pecknold is able to accept praise.

“The first album did well critically but I just thought, ‘I can do so much better with the next one, this one’s trash’,” he says.

“Now (with Shore) I’m just grateful that people are into it and that I can feel proud of it. Just let that be.”

As for the future, Pecknold is looking forward to hooking up with the rest of the band and has plans to record unreleased material with them.

And he’s relieved that, in Joe Biden, “we have a sane human being” as US President,” adding: “That job is in a gentleman’s hands now.”