Eurovision 2022: Brooke Scullion opens up ahead of Ireland selection

Brooke Scullion is one of Ireland’s hopefuls for 2022’s Eurovision Song Contest held in Turin, and she definitely thinks she’s got what it takes to make it all the way with her new track packed full of attitude, That’s Rich.

Her face may be a familiar one to fans of other song contests, as Brooke made it all the way to the final of The Voice UK back in 2020.

With Meghan Trainor as her mentor on the ITV series, she narrowly missed out on the title, which eventually went to 18-year-old Blessing Chitapa.

But she’s far from dwelling on what could have been, as Brooke’s looking ahead to an absolutely packed 2022.

Metro.co.uk caught up with Brooke over a year on from her stint on The Voice as she teases an upcoming Glastonbury performance as well as her excitement over her shot at Eurovision.

Brooke’s infectious excitement for the famous TV event is obvious, even over the phone, but she’s not focusing on Italy just yet, reminding us: ‘I need to get through the Late Late Show first! 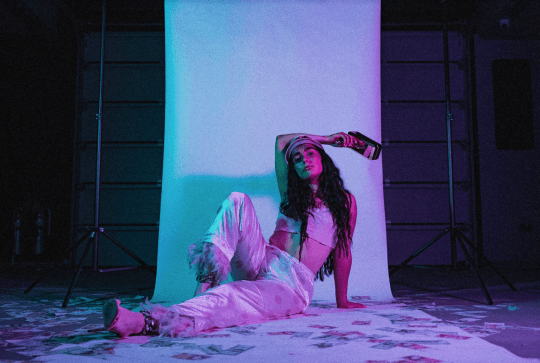 ‘So what I’m doing is I’m stopping everyone that I see and being like, “Hey, vote for me!” I’m not joking, there was a policeman the other day and I stopped him and told him, “Tell your friends in the station!”

‘I have taken it really far, to be honest, but it’s only because I know how massive this could be.’

She’s not wrong. Last year’s winning act Måneskin immediately found their way into the UK charts, and have gone from strength to strength worldwide – even making a riotous debut on Saturday Night Live earlier this month.

Brooke’s certainly got a lot of love for the Italian rockers, sharing: ‘Look at the likes of Måneskin last year and how they took the world by storm! Their music was charting. 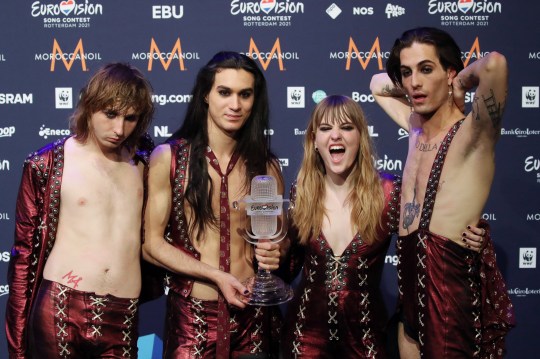 Eurovision is heading to Italy thanks to Måneskin (Picture: Vyacheslav Prokofyev/ASS via Getty Images)

‘They’re crossing the line between being commercial and also slotting into Eurovision.

‘There have been blurred lines now, it’s really open to anyone as long as you have a good song, and you can perform live. I feel like I’ll do really well.’

For the first time since 2015, Ireland is letting the public decide who will fly out to the contest via The Late Late Show’s Eurosong special, which takes place next week.

‘This is why everything might work out really well for me,’ she notes. ‘Because Ireland hasn’t done a national selection through the public vote in seven years, they’ve been all doing it behind closed doors, having a panel meeting like board meetings and choosing the song that way.

‘How can you even get a feel for the song if you don’t hear it live? Or if you don’t see the effort the person puts in or where they’re willing to go?’

Her track That’s Rich is full of more sass than Olivia Rodrigo (which she actually penned before the American teen released anything) and filled with nods to early noughties pop-punk stars like Avril Lavigne and Paramore.

‘I feel like the song is at the end stage of a relationship, it’s when you finally get over it and the person realises what they had, but they treated you so badly that you’re nearly thanking them for making it so easy for you to move on.’

Teasing her high-energy performance, she adds: ‘I’ve been running on the treadmill and singing and trying to get my cardio level up! 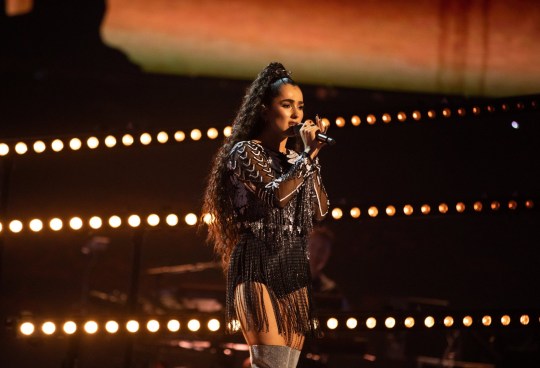 Brooke made it to the final of The Voice UK in 2020 (Picture: Rachel Joseph/ITV/Rex)

‘I always train but this time, it’s just I really want to make everything really perfect. Like a Beyonce regime. But I feel like the stage is very, there’s a lot of feathers or a lot of silk going on, that’s all I will say. Silk and feathers.’

Brooke’s not yet asked for any advice from past contestants from her nation, even though she’s competing against 2017 semi-finalist Brendan Murray, for this year’s slot.

She explains: ‘He’s got to the semi-finals before but he didn’t make it to the finals. So I don’t know if that’s a positive… I could probably ask him, but he might not tell me any advice!

‘Dana is a previous act obviously and she’s from Derry, she won with All Kinds Of Everything and I’m from Derry as well.

‘So, I suppose I feel a bit of a connection with her but I don’t want to rush into things and ask her for advice yet because I’m not there.’ 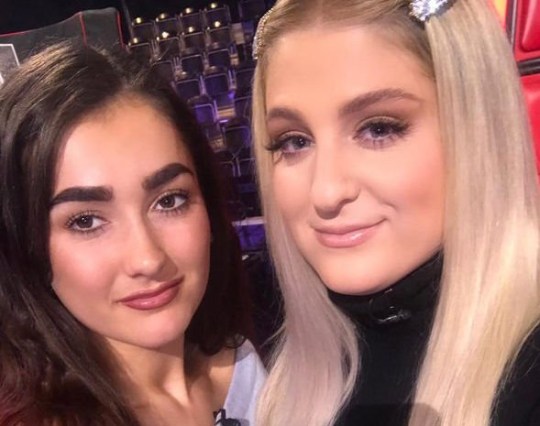 Brooke was mentored by Meghan Trainor on The Voice 2020 (Picture: Brooke Scullion)

Of course, her former The Voice mentor Meghan has been constantly on-hand with advice: ‘She just said, Brooke, I’m so effing proud of you. She’s said, this is massive, I’m so excited, and I can’t wait to watch it. So, I mean, I’ve got her backing which is more than I need right now!’

Looking ahead to her packed 2022, she’s already secured a slot at a little known festival called Glastonbury, adding: ‘It’s massive, I’ve got my EP finished and mastered with V2, which is an independent label, they’re part of Virgin. They’ve signed my EP, so it’s coming out this year.

‘I swear this is crazy. Like this year is gonna be absolutely mental.’

Eurovision is one of the two things on Brooke’s bucket list, with the other: ‘To be on Graham Norton’s show – that is one of my all-time goal. If I do that, I’ll be happy forever.’