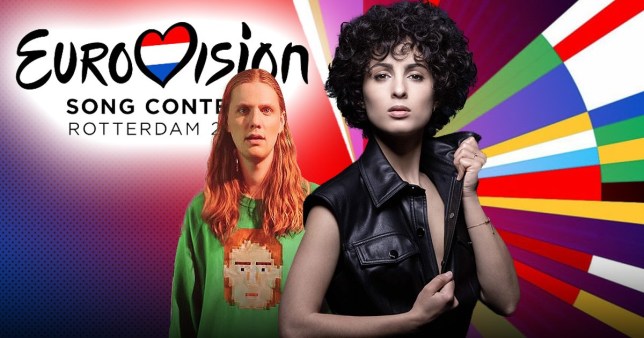 Eurovision is going ahead this May

It’s going to be a very different Eurovision Song Contest this year – but the show must go on.

There are 100 days until the 2021 Song Contest, and it’s been a long time coming for fans, after the 2020 contest was cancelled due to the coronavirus pandemic.

This time last year, entry announcements were in full swing and we were looking forward to a wild week in Rotterdam, only for the contest to be axed, all 41 entries to be thrown out and the event replaced with a love letter to Europe and a walk down memory lane.

We still don’t know exactly what Eurovision will look like in May, except for that it won’t feature thousands of fans packed into the Ahoy Arena with a full press room and nightclubs across Rotterdam hosting Eurovision parties. But we do know that Eurovision will take place in some shape or form, and the 41 participating countries have begun to decide who will be representing them, and with what song.

Some 2020 acts are returning for their chance at Eurovision glory, while other countries are being represented by new artists.

Here is the ever-changing list of who will be heading to Rotterdam – whether in person or virtually – in 100 days’ time for a chance to take over as champion from The Netherland’s Duncan Laurence.

She previously attempted to represent Albania back in 2001.

Athena Manoukian was last year’s entry, with Chains On You.

Montaigne was chosen to represent Australia last year with her song Don’t Break Me, and is returning to do the job properly this year.

Vincent is returning to represent Austria after his 2020 effort, Alive.

His song is expected to be revealed in March.

Efendi was one of our 2020 favourites with her song Cleopatra, but she is confirmed to return in 2021.

Her song is expected to be released in March.

Da Vidna were Belarus’s entrant in 2020. Those bidding to take the spot this year include, oddly enough, former United Kingdom entrant Daz Sampson.

Hooverphonic are back to represent Belgium after entering last year with their song Release Me.

However, the band will look a bit different, as Geike Arnaert has returned to replace Luka Cruysberghs.

While their song has not been unveiled, the band said last August that their entry was already ready.

Victoria was one of the favourites last year with Tears Getting Sober, and will be back this May.

Her song will be revealed in March.

Taking over from 2020 entrant Sandro, Elena will represent Cyprus this year with a song called El Diablo.

It will be revealed on February 24.

Benny is back for 2021, after entering last year with Kemama.

Estonia’s entrant will be chosen in Eesti Laul on March 6.

Barbara has been chosen to represent France in 2021.

She replaces Tom Leeb, who entered last year with The Best In Me.

Tornike is returning to represent Georgia, after his 2020 entry Take Me As I Am.

Jendrik has been chosen to represent Germany after impressing two independent juries in Rotterdam for Germany: A Eurovision Jury,

He said: ‘I am really looking forward to performing for Germany at the Contest. Okay – I just can’t stay serious about this. Hey, everyone! I am really going to the Eurovision Song Contest! This is a dream come true. Amazing!’

His song will be revealed on February 25.

Jendrik takes over from Ben Dolic, who entered last year with Violent Thing.

Stefania is back after her 2020 entry Superg!rl.

Iceland’s 2020 entry Daði og Gagnamagnið were favourites to win last year with their song Think About Things, which became a chart hit after going viral on TikTok.

The band, led by Daði Freyr, are returning this year and are expected to release their 2021 song on March 13.

Lesley Roy is back to represent Ireland after entering last year with Story of my Life.

Her song is expected to be unveiled in March.

Eden had planned to sing Feker Libi last year, but she is hoping for a second chance at glory with her song Set Me Free.

After Diodato’s acclaimed 2020 entry Fai rumore, Italy’s entrant will be chosen at the Sanremo national selection, which will take place without an audience from March 2 to 6.

Samanta is back to represent Latvia, following her 2020 entry Still Breathing.

Her song will be unveiled on March 12.

The Roop were a favourite for the 2020 win thanks to their song On Fire, along with its quirky staging and dancing.

The band are now back for 2021 after winning the national selection Pabandom iš naujo!, and will bring Discoteque to Rotterdam.

And yes, there is dancing.

After entering with All of My Love last year, Destiny is back for Malta.

She previously won Junior Eurovision in 2015 and won The X Factor in her home country, so is one to watch.

Another returning entry, Natalia Gordienko’s song will be revealed on March 8, following her 2020 attempt Prison.

Vasil entered with YOU last year, and is back for a second chance for North Macedonia.

Norway’s Melodi Grand Prix is in full swing, and its entrant will be confirmed on March 20.

2020 entrant Ulrikke is not returning.

Poland has yet to confirm their entrant, after choosing Alicja and her song Empires last year.

2020 entrant Elisa will not return this year, but Portugal’s representative will be decided on March 6 at Festival da Canção 2021.

Little Big represented Russia last year with the supremely catchy Uno, but will not be automatically selected for this year’s contest. They have, however, entered songs for selection.

Freaky! had to be ditched after last year’s cancellation, but Senhit has returned, with her song set to be revealed on February 23.

The girl group had hoped to take Hasta La Vista to the final last year, but will be getting a second chance this year.

After entering with Voda last year, Ana is back to perform once more.

Spain’s song will be chosen later this month out of two options – Memoria and Voy a quedarme.

The heats for Melodifestivalen started earlier this month, and the Swedish national selection final will take place on March 13.

Last year, The Mamas conquered with their song Move.

However, he will be returning this year with a new song.

Jeangu has big shoes to fill, following on from Duncan Laurence, who won for The Netherlands in 2019.

He entered last year with his ballad Grow.

Go_A entered last year with Solovey, but are back for another shot.

Their hopes lie with their track, Shum.

James Newman was announced as the UK’s entrant last March with his song My Last Breath, but is unclear as of yet whether he will be returning in 2021.

The Eurovision Song Contest grand final takes place on May 22.

The 10 places in England where Covid infections are rising