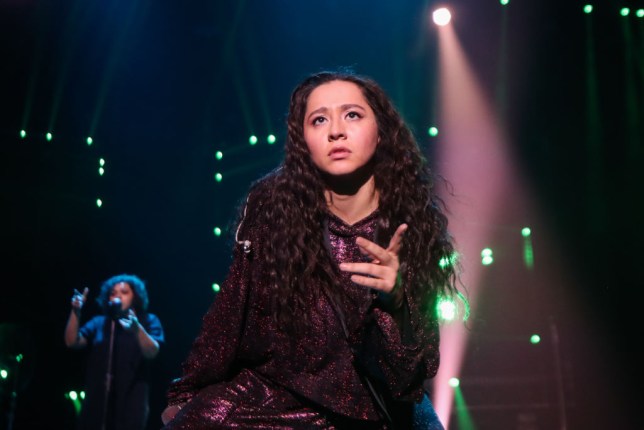 Manizha has received abuse over her lyrics (Picture: Valery SharifulinTASS via Getty Images)

Russia’s entry for the Eurovision Song Contest has been receiving death threats due to the message of female empowerment in her song.

Manizha Sangin has been chosen to represent Russia at thus year’s song contest with her song Russian Woman, a song about female empowerment and breaking down stereotypes.

The song – a mix of Russian folk music and hip-hop – was not expected to win the country’s public vote, and Manizha has been hit with abuse from critics believing the song incites hatred towards men.

Speaking to the BBC, the 29-year-old said: ‘It was very hard to understand that someone could hate you so much.

‘One woman, who has two children, sent me a message, like: “I will pray to God that your aircraft will crash when you will go to Rotterdam.”

‘We are having some threats, like, “if you’re gonna sing like this about Russian women, you’re not gonna live anymore here.”’

Despite the threats, Manizha said she is going ahead with competing in the song contest this May.

Manizha was named this year’s Russian entry, rather aptly, on International Women’s Day, after battling against rock band Therr Maitz and duo #2Mashi.

Her performance begins with the singer wearing traditional Russian robes, before taking them off to reveal red overalls.

Manizha said of the song, which won with 39.7% of the public vote: ‘This is a song about the transformation of a woman’s self-awareness over the past few centuries in Russia. A Russian woman has gone an amazing way from a peasant hut to the right to elect and be elected (one of the first in the world), from factory workshops to space flights. She has never been afraid to resist stereotypes and take responsibilities.’

The Russian Union of Orthodox Union wrote an open letter accusing Manizha of ‘insulting and humiliating Russian women’ and of inciting ‘hatred towards men’, while a veterans’ organisation also complained that the song allegedly incites ‘inter-ethnic tension and enmity’.

The Investigative Committee, which probes major crimes in Russia, confirmed that the lyrics will be examined for ‘possible illegal statements’.

Little Big represented Russia at last year’s Eurovision, and were one of the favourites to win with Uno before the contest was cancelled.

Russia has one Eurovision just once – in 2008 with Dima Bilan’s Believe – but is one of the most successful countries in the contest in the 21st century, having come second four times and third four times.

However, they withdrew from the contest in 2017, and failed to qualify the following year.

The Eurovision Song Contest grand final takes place on May 22 in Rotterdam.