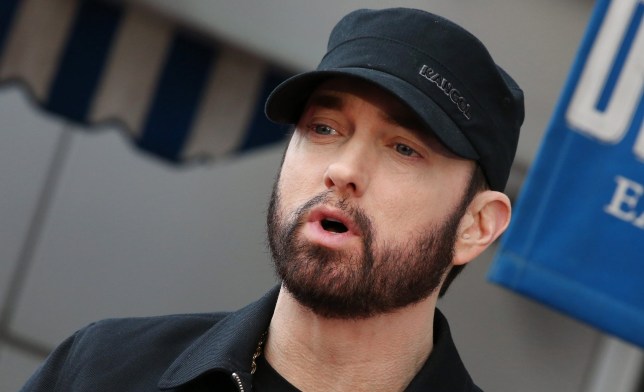 Forget whether skinny jeans are hip or not, Gen Z and Millennials are now at war over Eminem, with younger listeners demanding the rapper is cancelled over his violent lyrics.

Despite the rapper being around since before some Gen Z were even born (between 1997-2012), they’ve recently come to discover his lyrics in Rihanna collaboration Love The Way You Lie and, frankly, they want his head.

You know the one, the one where he raps about if his metaphorical partner in the song ever attempted to break up with him he’d set her on fire?

Specifically: ‘If she ever tries to f**king leave again / I’mma tie her to the bed and set this house on fire.’

Now there seemed to be a war between the two gens (with Millennials, or Gen Y, born between 1980-1996) which came to a head after one TikTok user shared the offending line and wrote: ‘Yes, lets cancel him.’

The message was supported by many, with one who shared the clip and said: ‘No wonder I’m toxic I grew up listening to this song.’

Now, we say there is a war between the two, however not all Millennials are defending the controversial rapper, as one chimed in on Twitter: ‘Listen as a millennial who grew up listening (and enjoying) Eminem- I can safely say that he should have been canceled a long time ago. His music was full of violent misogyny and homophobia.’

Still, many Millennial supporters have come into bat for Slim Shady, though with the performer receiving a lot of support from his fans, or, stans, we should say (with the word itself coming from Em’s hit Stan) with one sharing a clip acting as both generations, insisting they listened to the rapper’s songs in school and turned out ‘fine’.

Sharing a clip to TikTok, @bmotheprince (as Gen Z) says Eminem’s lyrics are ‘terrible’ and that they wouldn’t be accepted if they were released now, as the older version slates his adversary as the ‘mumble rap generation’.

Another pointed out: ‘You can’t cancel someone for being offensive whose entire point was to be offensive…’ as others understood many of his lyrics were problematic but added the catalogue of Eminem’s songs that helped through difficult times, such as Mockingbird.

Meanwhile as we argue over the merits to such cancellations, Eminem keeps on making those royalties everytime someone uses the track…

Indeed, this is hardly the first time Eminem has been ‘cancelled’ due to his problematic lyrics (he has been called out for homophobic slurs and misogynistic lyrics many times in the past with each storm simply giving him more lyrical inspiration, apparently), which began in 1999, when, on his The Slim Shady LP, he rapped about killing his wife and having his young daughter help him dispose of the body.

Most recently, his 2020 album, Music To Be Murdered By, featured the track Unaccommodating, which references the Manchester Arena bomb attack which killed 22 people during an Ariana Grande concert in 2017.

He raps: ‘I’m contemplating yelling “bombs away” on the game / Like I’m outside of an Ariana Grande concert waiting.’

Following intense criticism over the line, Eminem shared a statement in which he said the offending lyrics had been taken out of context.

He said: ‘In today’s wonderful world, murder has become so commonplace that we are a society obsessed and fascinated by it. I thought why not make a sport of it, and murder over beats? So before you jump the gun, please allow me to explain.

‘This album was not made for the squeamish. If you are easily offended or unnerved at the screams of bloody murder, this may not be the collection for you. Certain selections have been designed to shock the conscience, which may cause positive action. Unfortunately, darkness has truly fallen upon us.

‘So you see, murder in this instance isn’t always literal, nor pleasant. These bars are only meant for the sharpest knives in the drawer. For the victims of this album, may you rest peacefully. For the rest of you, please listen more closely next time.’

We’ll see what he has to say about this latest attempt.