Ed Sheeran grossed an eye-watering $776million (£721m) from his last world tour – but he surprised Ibiza revellers with a free performance this week after randomly popping up at a beach club on the party island.

It was just a regular booze-filled Monday for the party-goers at Wayne Lineker’s O Beach Ibiza when Bad Habits hitmaker Ed suddenly appeared on stage.

The pop superstar quickly embraced the unpredictable spirit of the legendary party abyss by surprising the crowds with an impromptu performance.

Ed dished out his chart-topping hit Shape Of You but what the shocked audience didn’t see coming was the singer launching into a string of big pop covers.

First up was a brilliant rendition of Backstreet Boys’ I Want It That Way before an encore of Neil Diamond’s Sweet Caroline and Britney Spears’ Hit Me Baby One More Time.

Reacting to the unannounced guest, House In Paradise promoter Joshua Makinson said: ‘I was absolutely blown away that Ed has come to House in Paradise at O Beach. 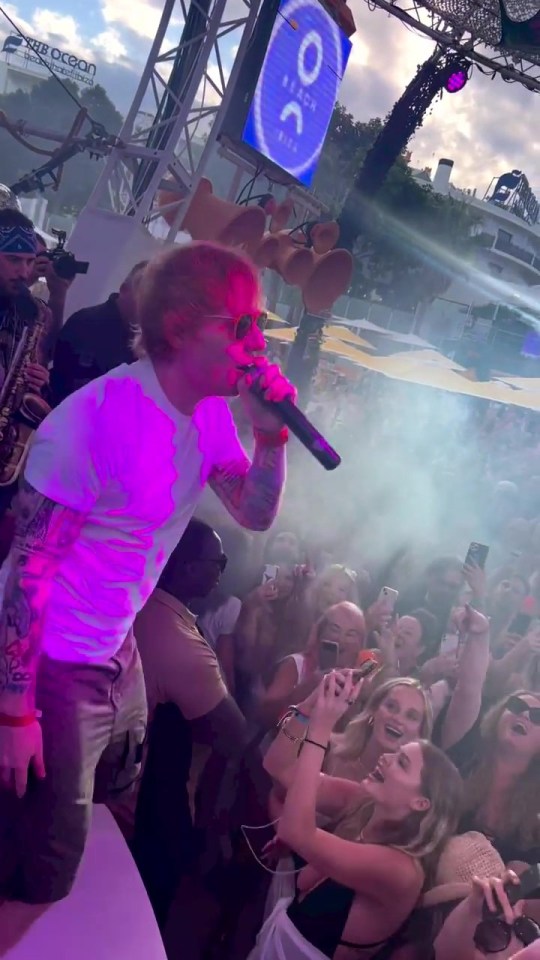 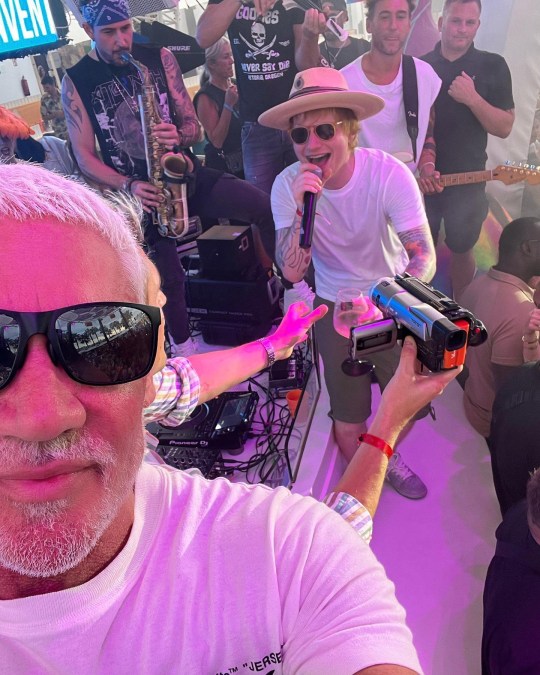 Wayne Lineker, who owns the club, was in his element 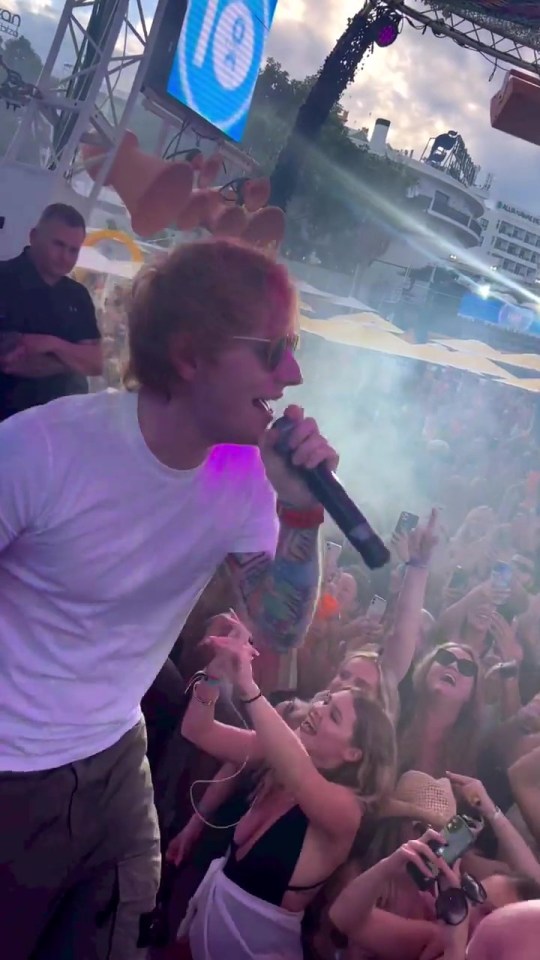 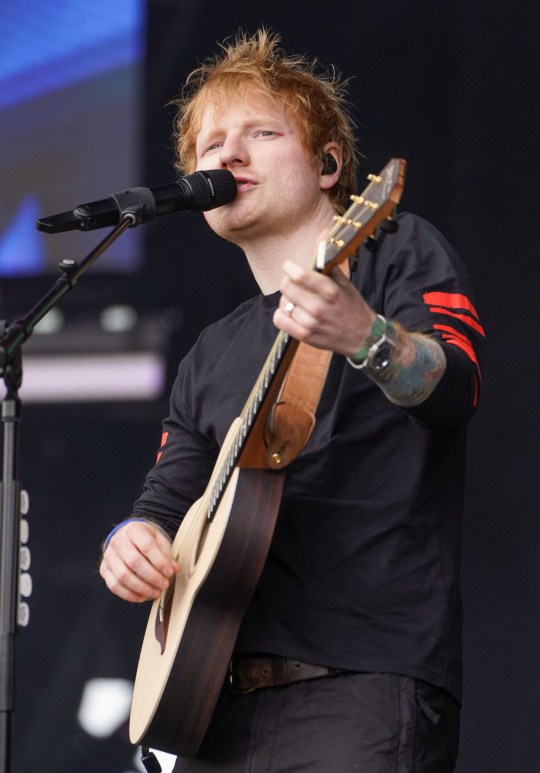 Ed typically earns millions from his world tours – but he’s not too proud to treat fans to a free performance once in a blue moon (Picture: PA)

‘We’ve had artists turn up in the past and perform but to have one of the biggest pop stars in the world perform is magical.’

It comes after Ed announced another surprise having collaborated with popular video game series Pokemon. The musician is set to release the new single Celestial on Thursday accompanied by an animated music video.

Self-professed fan Ed said he was ‘obsessed’ with the iconic game, and added: ‘Flash forward to me at 31, I still have the same Gameboy Colour and still I play Pokemon Silver on long haul flights.

‘I really, really love it. It gave me a proper escape as a kid into a fantasy world that seemed to go on and on, and in adult life it’s nostalgia that makes me feel like a kid again.

‘I met the people from Pokemon when I was travelling in Japan, and we joked about me writing a song for them. But now here we are.’