Dozens of people have been arrested as protests continue across Spain over the jailing of the Catalan rapper and writer Pablo Hasél.

Demonstrations were held in numerous towns and cities in Spain for a third successive night yesterday (February 18) over the detainment of Hasél.

The rapper was arrested on Tuesday (February 16) after he failed to turn himself in last week to start a nine-month prison sentence.

The sentence, which has reignited a debate about free speech in Spain, was handed down to Hasél for a series of tweets and lyrics he wrote, including one post in which he made allegations that the former king Juan Carlos I was a mafia boss.

Hasél allegedly accused police of torturing and killing demonstrators and migrants in a number of other posts and lyrics, while he has also been accused of further glorifying terrorism after he was previously found guilty of the charge in 2014 (his prison sentence was suspended in 2019 on condition that he did not reoffend within three years). 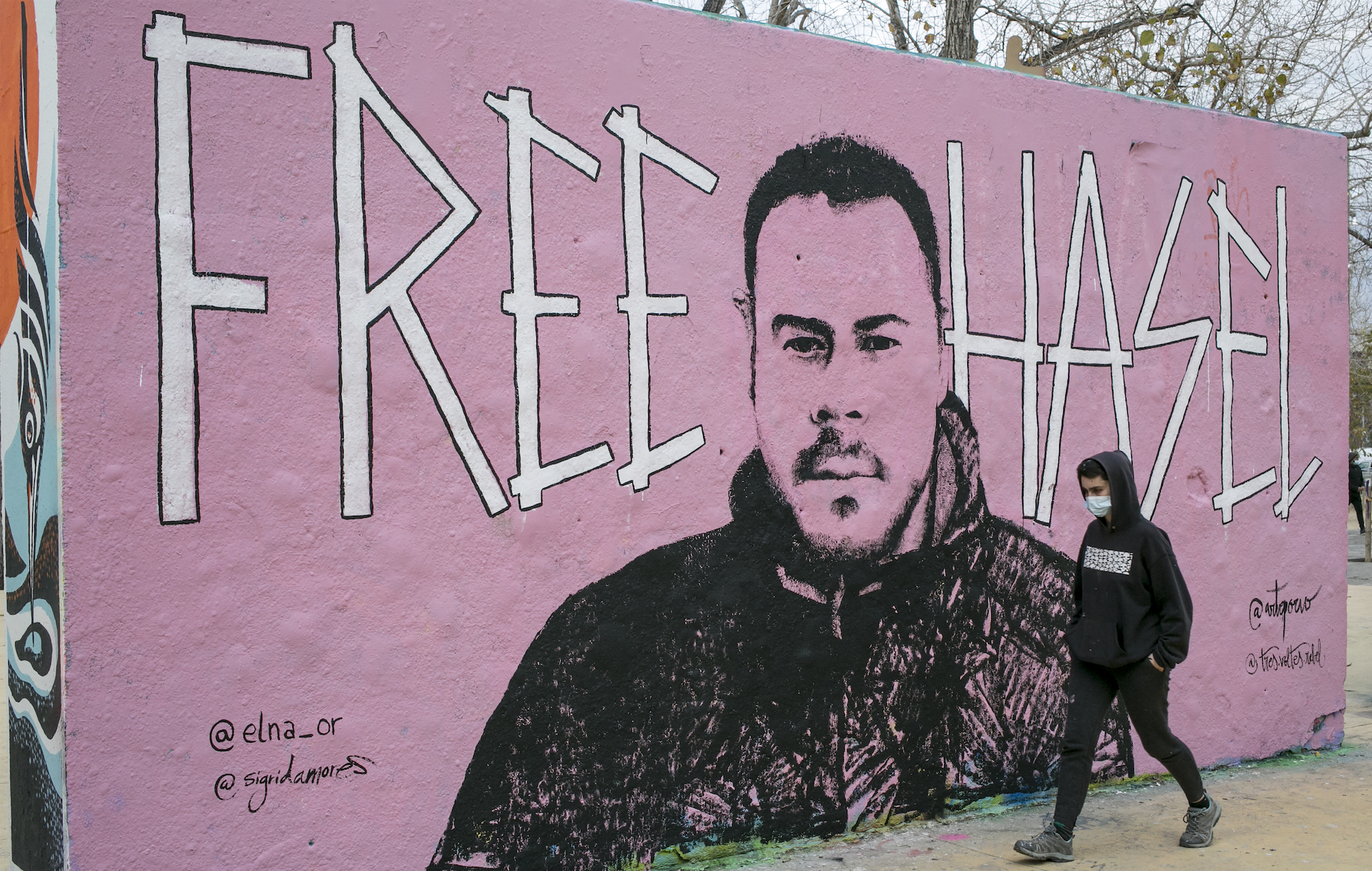 A court in Hasél’s hometown of Lerida sentenced the rapper to another jail term of two and a half years last week for threatening to kill a man at a bar, according to a ruling published yesterday (via The Guardian).

Six people were arrested in Barcelona last night after protesters set up barricades in the city, while there were also reports of clashes in the streets and objects being thrown at police, who deployed tear gas. 19 protesters were arrested in Madrid on Wednesday (February 17) after hundreds of people gathered in Madrid’s Puerta del Sol square to call for Hasél’s release.

Hundreds of artists, including film director Pedro Almodóvar and Hollywood star Javier Bardem, have publicly voiced their support for Hasél. In the wake of his arrest, Amnesty International said that the news was “terrible news for the freedom of expression in Spain” and said it was an “absolute outrage”.

The Spanish government announced last week that it was planning to reduce the penalty for “crimes of expression” – including the glorification of terrorism, hate speech and insults to the crown and religion – in cases that involve artistic or cultural activities.