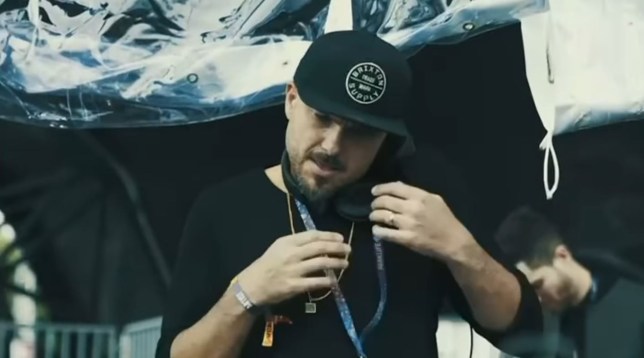 DJ Pete Zorba has died four years after being diagnosed with a brain tumour (Picture: Facebook)

DJ Pete Zorba has died after being diagnosed with a brain tumour.

The UK House DJ, from Manchester, died on Thursday four years after his diagnosis in 2016.

His wife Melanie told Manchester Evening News: ‘He had the most amazing four years, he lived life every day to the fullest.

‘Throughout the whole time he was so positive, this was never an option for him. He had such determination.’

Zorba was a regular in Ibiza and was a resident of the label Kaluki, releasing The Charlatan EP and tracks such as Remember Me and F.R.O.

As well as music, he was a hairdresser who had styled the likes of Naomi Campbell and other supermodels.

He celebrated Billy’s first birthday just days before he died and spent his last few weeks at home before moving to St Ann’s Hospice.

The music industry has paid tribute on social media.

DJ Pat Hickey said: ‘Can’t believe the news about Pete Zorba. What a true gent and one of the most amazing guys you’d ever meet.

‘The world will be worse off without him.’

‘A superman, who lived life to the full for 5 years when he was told he only had months to live.

‘Known him From my early days with @KalukiMusik crew over ten years ago, just a really REALLY AMAZING person. Rest well man.’

‘Our hearts go out to his family, the Kaluki family and all his friends. An absolute gentleman and a hero of the Manchester scene. RIP Pete.’

Following his diagnosis the DJ regularly updated fans on his health battle on Instagram, sharing pictures from hospital.

In one of his last Instagram posts, dated January 7, Zorba asked for ‘good vibes’ from his fans ahead of undergoing surgery.

On January 13 he posted a selfie from his hospital bed post-surgery, writing: ‘Only gone and done it again haven’t we?. Thank you all for the good vibes. LOVE CONQUERS ALL’.

He told Manchester Evening News in 2017 that he was ‘calm’ when he was diagnosed.

‘I honestly believe this is going to be the best thing that has happened to me.

‘I am happier than I have ever been. I am making new music and DJing everywhere, I have had my best year yet in terms of DJing.

‘This is my journey, having my wife and daughter with me, I wouldn’t have it any different.’