Dave Grohl has revealed that he still has dreams that see him back in his former band Nirvana.

The Foo Fighters frontman, who was the drummer in Nirvana until frontman Kurt Cobain‘s tragic death in 1994, only ever plays the group’s tracks live with former bandmates Krist Novoselic and Pat Smear.

Speaking in a new interview, Grohl revealed that he still dreams about the band and he explained why he wouldn’t ever perform the tracks on his own.

“I wouldn’t feel comfortable singing a song that Kurt sang,” he told Classic Rock. “I feel perfectly at home playing those songs on the drums. And I love playing them with Krist and Pat and another vocalist.”

“I still have dreams that we’re in Nirvana, that we’re still a band,” he continued. “I still dream there’s an empty arena waiting for us to play.

“But I don’t sit down at home and run through ‘Smells Like Teen Spirit’ by myself. It’s just a reminder that the person who is responsible for those beautiful songs is no longer with us. It’s bittersweet.” 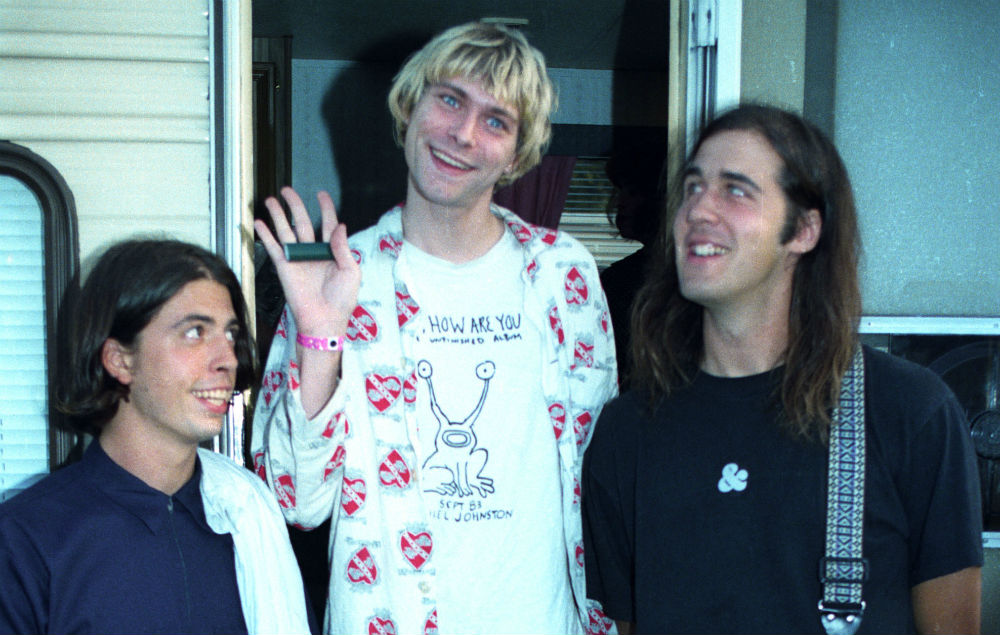 Last month, Grohl discussed how Foo Fighters finally came to the decision to release their upcoming new album ‘Medicine At Midnight’ following delays which were caused by the coronavirus pandemic.

The record, which will be the Foos’ 10th studio album, is set for release on February 5, 2021, although the band had originally intended to release it in 2020 to mark their 25th anniversary.

After sitting on the album for a while, Grohl made a decision. “So, six or seven months went by, and I’m, like: ‘We make this music for people to hear. We don’t just make it so that we can go hit the road. We write these songs so people can enjoy them and sing along, whether it’s in their kitchen by themselves with a bottle of Crown Royal or in a stadium bouncing around, singing the choruses’.”

“I don’t know when we’re gonna hit the road, but we need to give the music to the people, ’cause that’s why we make it.”

Foo Fighters shared the second single from their forthcoming new album ‘Medicine At Midnight’ – listen to ‘No Son Of Mine’ here.