Dave Grohl has reflected on the insurrection at the US Capitol from Donald Trump supporters last month, calling it “the craziest fucking shit I’ve ever seen in my entire life”.

Grohl was speaking to NME for a new cover feature around Foo Fighters‘ latest album, ‘Medicine At Midnight’.

Revealing that he was in the recording studio when the insurrection happened on January 6, Grohl said: “One by one, people were sending me not links to the news, but pictures of the people who’d broken into the Capitol.

“At first, it just seemed like this rogue group of cartoon characters – there was the guy with the Buffalo hat and the dude carrying the lectern.” 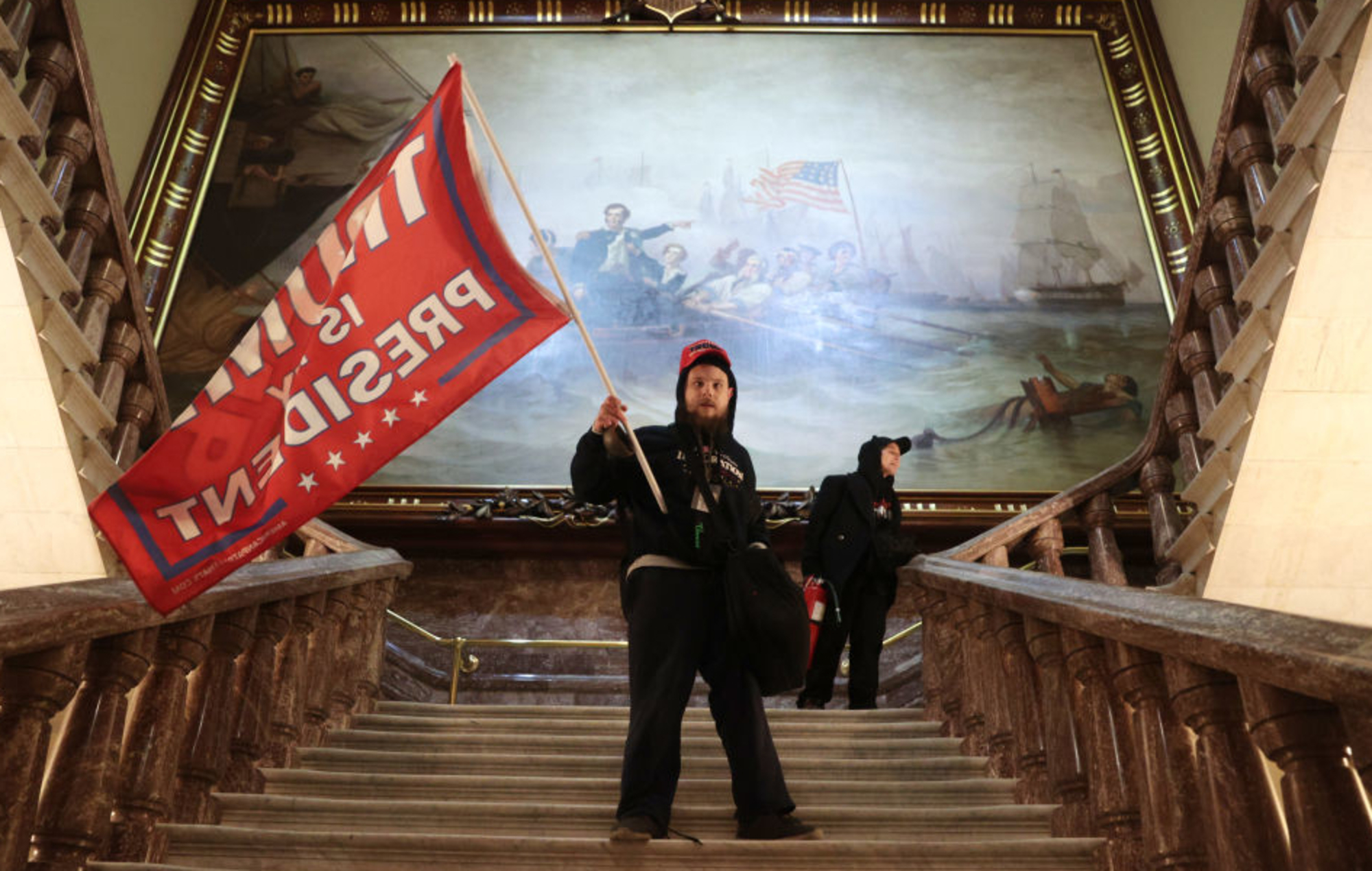 A protester holds a Trump flag inside the US Capitol Building. CREDIT: Win McNamee/Getty Images

“I didn’t quite realise the severity of it, and then it all sunk in,” he added, before discussing the Rock Against Reagan concerts he attended “in front of the Lincoln Memorial” in Washington in the 1980s every 4th of July.

“The Mall [would be] already filled with people waiting to see the national fireworks display, but over in the corner was this punk rock show with the Dead Kennedys, Scream and all these different bands – these were crazy fucking slam-dancing punk rockers,” he said.

“They had nothing on the people who stormed the Capitol!” Grohl added, saying: “We considered ourselves to be peaceful protestors, we were lashing out at Reagan’s conservative administration – but what happened [at the US Capitol] was the craziest fucking shit I’ve ever seen in my entire life.”

Elsewhere in the new NME cover interview, Grohl said that he doesn’t get caught up in wondering what Kurt Cobain would’ve thought of Foo Fighters’ music.

“No, I don’t – and I’ll tell you why!” he replied. “For 25 fucking years, that’s been something I’ve been judged by and from the get-go, you have to realise that it’s a dangerous place to be.”

In a four-star review of ‘Medicine At Midnight’, NME wrote: “Those who have followed Grohl through his days in DC hardcore – through Nirvana, the metallic ingenuity of Probot, his drumming to the stars and the rise and rise of the band that brings forth this record – will be enthused by the suggestion that this great songwriter is looking to expand his playbook. Even more will be delighted that an enduring force for good has returned.”

Rosé on her record-breaking solo project: “The truth is, I’m really embarrassed.”

“The truth is, I’m really embarrassed.”