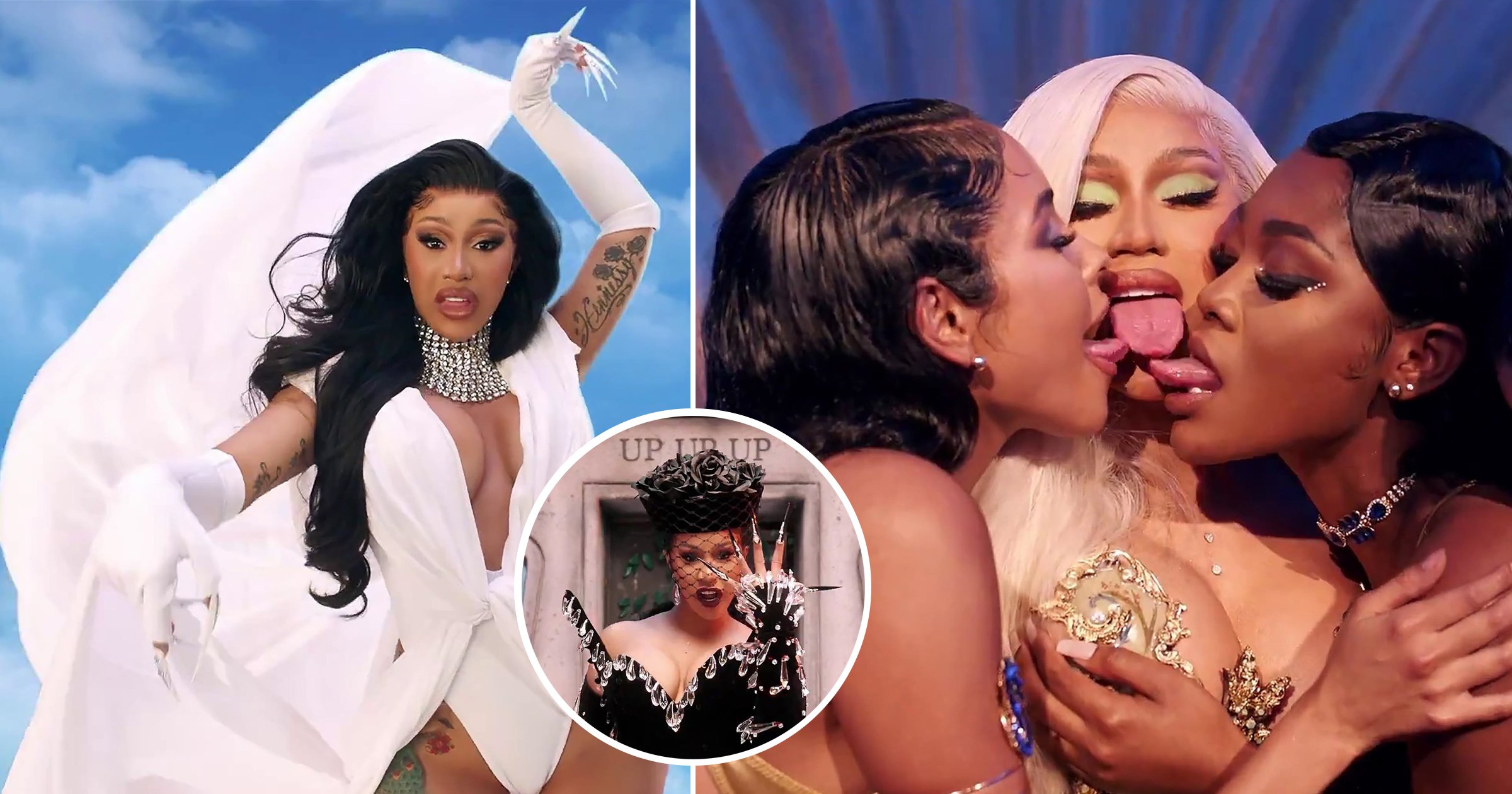 Cardi B has denied ripping off other musicians on her new song Up, after two rappers claimed she was ‘stealing’ from them.

The WAP hitmaker has fired back after New Jersey rappers Mir Pesos and Mir Fontane accused her of ripping off their song Stuck.

Mir Pesos shared an Instagram post comparing the two videos and claimed: ‘Mannn somebody tagg they them ppl tell to get with my ppl ? they stealing.’

He also tweeted: ‘We want my money.’

However, Cardi isn’t having any of it, sharing a video on her Instagram Stories of her singing her song Up with a friend. She said it was filmed in August.

‘From August 7th … I been working on this. Sorry lil boy never hurd [sic] of you,’ she wrote.

She also reportedly said in an Instagram Live (via PageSix): ‘I am the type of person, I don’t like going to court… If I jack something from somebody,’ she’d pay them.

In response, Mir Fontane said: ‘We previewed “STUCK” on August 6th at the end of this video and recorded it even earlier than that, Respectfully.’

Fans are obsessed with Cardi’s new video, which sees her throwing a funeral for 2020.

The video opens with Cardi placing one of her Louboutins on the chest of a stone body in a graveyard, before we see that the headstone reads ‘RIP 2020’.

Showing that the big budget splashed on WAP wasn’t a one time thing, Cardi spits rhymes with a wig made of Barbie doll heads, before she reclines in a giant clam shell with four dancers.

Speaking to Zane Lowe about Up, Cardi said: ‘My last song was very sexual, very sexual. So I always want my next songs to be different than the one before. If a topic on one of my songs is money, the other topic I want it to be about something else.

‘When I started rapping, when I first put music out, like my mixtape, it was all… This might sound crazy, but I got really inspired of Drill Chicago music. I was young, and I liked that and everything, so my mixtape was very all about gangster violence. If it’s up, then it’s stuck. That’s where I wanted to take it with this record.’

Metro.co.uk has contacted reps for Cardi B for further comment.

Where England’s 2010 U17 European Championship winning team are now, including a former Man Utd wonderkid – The Sun