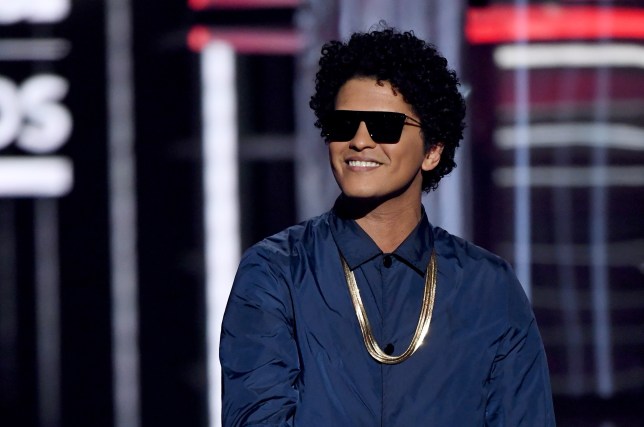 Bruno Mars admits to being inspired by the likes of Michael Jackson and James Brown (Picture: Getty Images)

Bruno Mars has once again been forced to defend himself against the accusations of cultural appropriation but admits the criticism ‘comes with the gig’ of being a pop superstar.

The Finesse singer notably fell under scrutiny surrounding the release of his hit 2016 album 24K Magic, which was heavily influenced by new jack swing and R&B from the sound right through to Bruno’s music video themes.

Speaking to the Power 105.1’s The Breakfast Club, Bruno cited the likes of Michael Jackson and James Brown and said: ‘I would say you can’t look at an interview, you can’t find an interview where I am not talking about the entertainers that have come before me.

‘This music comes from love. If you can’t hear that, then I don’t know what to tell you.

‘We’re wearing the inspiration on our sleeve. What is the point if we, if us as musicians can’t learn from the guys that came before us? Why did they do it?’

The musician continued: ‘I hope that later on down the road, there’s gonna be a band that’s taking what we did and flipping that and freaking that and putting their own spin on it, because if they don’t then what was the point of us doing this?’ 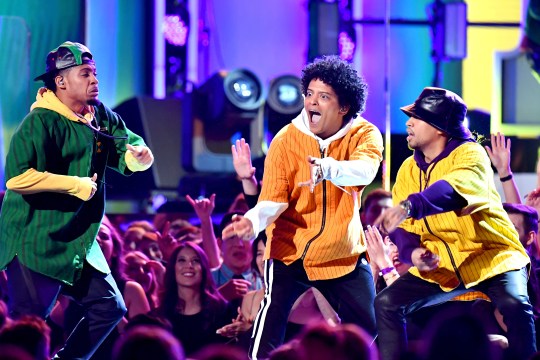 Bruno, 35, went on to state that criticism ‘comes with the gig and there’s real merit to what people are saying about black entertainers not getting their flowers, you know? And I’m championing with that, I’m with that’.

The Grammy-winning singer is of Southeast Asian and Latin American heritage as his mother hails from the Philippines and his father half Puerto Rican and half Ashkenazi Jewish from Eastern Europe.

Bruno has returned to music after taking more than a year off, performing with Anderson .Paak under the new outfit Silk Sonic and releasing the new song Leave The Door Open.