Britney Spears has been away from the stage for so long that she’s ‘forgotten’ she can actually sing.

The Drive Me Crazy singer took a trip down memory lane by posting a throwback video of herself singing on-stage at a young age.

In the clip, the pop star is seen wearing a black satin dress and belting her heart out to a cover of The Jets’ You Got It All, which appeared on some international versions of her second album Oops!… I Did It Again.

It seems Britney wasn’t the only one taken aback by the throwback as it prompted her mum Lynne Spears to beg her to start singing again.

‘I’ve actually never watched this performance … it’s definitely from a while ago !!!! It’s from one of the first trips I took alone … mostly I just remember saying “WOW Singapore” 🇸🇬😍!!!!!’ 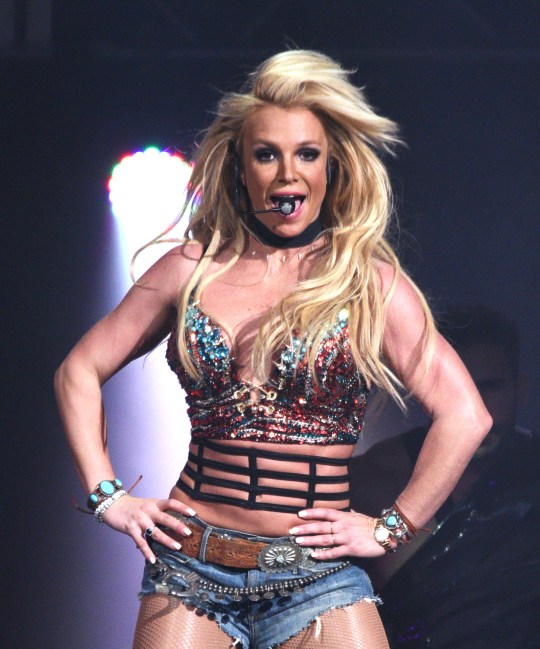 Britney Spears has been missed from the stage (Picture: Getty)

It was previously alleged that Britney, 39, had refused to return to performing until her father, Jamie Spears, is removed from her conservatorship. However, she later rubbished these claims and said: ‘Of course,’ when asked if she would ever perform again.

Britney announced she would be taking an ‘indefinite hiatus’ from music in 2019 after her father fell ill and also to focus on her mental health. She was due to embark on another Las Vegas residency that year but scrapped the dates.

The singer’s conservatorship battle was recently explored in the critically-acclaimed documentary Framing Britney Spears, which charted her rise to fame and mental health issues.

It’s since been announced that the BBC will be airing a new film which will aim to uncover the ‘truth’ behind her conservatorship, which was first implemented in 2008.