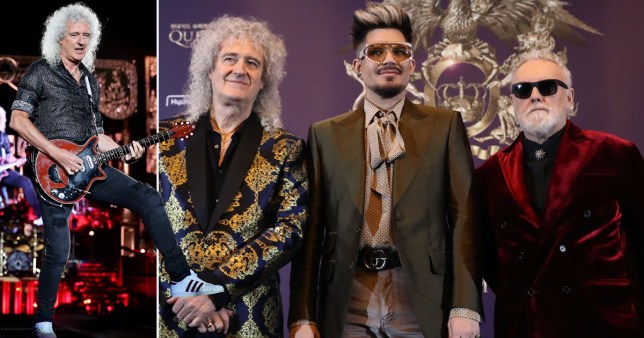 Brian May has been working with Queen again and has been in the studio with Adam Lambert and Roger Taylor (Picture: Getty)

Queen have been working on new music but their recording sessions haven’t been going to plan.

The band has been ‘trying things out’ in a bid to lay down some new tracks but haven’t written anything new that excites them just yet.

Lead guitarist Brian May, 73, assured fans they are still enjoying working together but they are giving themselves time to come up with the right material.

When asked about a reunion, Contact Music quotes him telling Guitar Player magazine: ‘I always say, “I don’t know.” It would have to be a very spontaneous moment.

‘Actually, Adam, Roger and myself have been in the studio trying things out, just because things came up.

‘But up to this point we haven’t felt that anything we’ve done has hit the button in the right way. 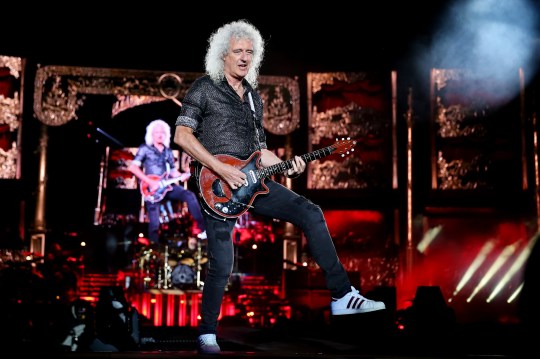 Brian has been working on new music with Queen (Picture: WireImage)

‘So it’s not like we’re closed to the idea, it’s just that it hasn’t happened yet.’

Brian added that he found it difficult to be musically creative when lockdown first happened due to the coronavirus pandemic but he quickly adapted so he could continue play.

He said: ‘I’m a performer and performers are all struggling to be heard, aren’t they?

‘And in this new situation that we’re in now, the only way to be heard is on the social media sites, and so Instagram has become a little platform for me to play on.

‘I don’t get instant applause, but I get a lot of response in the comments and I get people actually participating.

‘People take up the challenge of jamming along with me and then they put it out there so I can see it. It’s very interactive. So it’s great.

‘Sometimes I look at it and I think, “Yeah, that’s become what I do.”’