Bob Vylan caught up with NME at the BandLab NME Awards 2022, where the punk duo praised Ghetts as “one of the best lyricists in the world” and gave us the lowdown on their “incredible” new album. Watch our full interview with the band above.

The duo were in town to present the award for Best Festival in the UK to Reading & Leeds. But what’s their favourite festival?

“Reading & Leeds – it’s gotta be,” replied frontman Bobby Vylan. “We played that last year and it was absolutely insane, absolutely incredible. Live At Leeds as well, that was a good one.”

Asked about who they were most looking forward to catching up with on the night, Bobby replied: “We just met Ghetts, so now I’m going home! I’ve done what I came here to do. We just exchanged pleasantries, but he’s an icon, he’s an absolute legend, and one of the best lyricists in the world.”

Could a collab be on the cards?

“You’d have to go ask him!” laughed Bobby. “Ask him under duress right now – get it on camera as well!”

Looking to the future, the band spoke of their new album ‘Bob Vylan Presents The Price Of Life’, plus their upcoming UK and Ireland headline tour before festival season. But what can fans expect from the record?

“It might be big-headed to say, but there’s maybe more variation than any band’s album – maybe ever!” said drummer Bobbie Vylan.

Bob continued: “It’s a conceptual piece, but it’s very varied in its sonics, it’s varied in its production, the lyrical content, the themes that we’re exploring as well.

“I think it’s going to be an incredible album to conceptualise what the UK is going through and will be going through in the next year to God knows how long… until this government pulls their finger out of their fucking arsehole.” 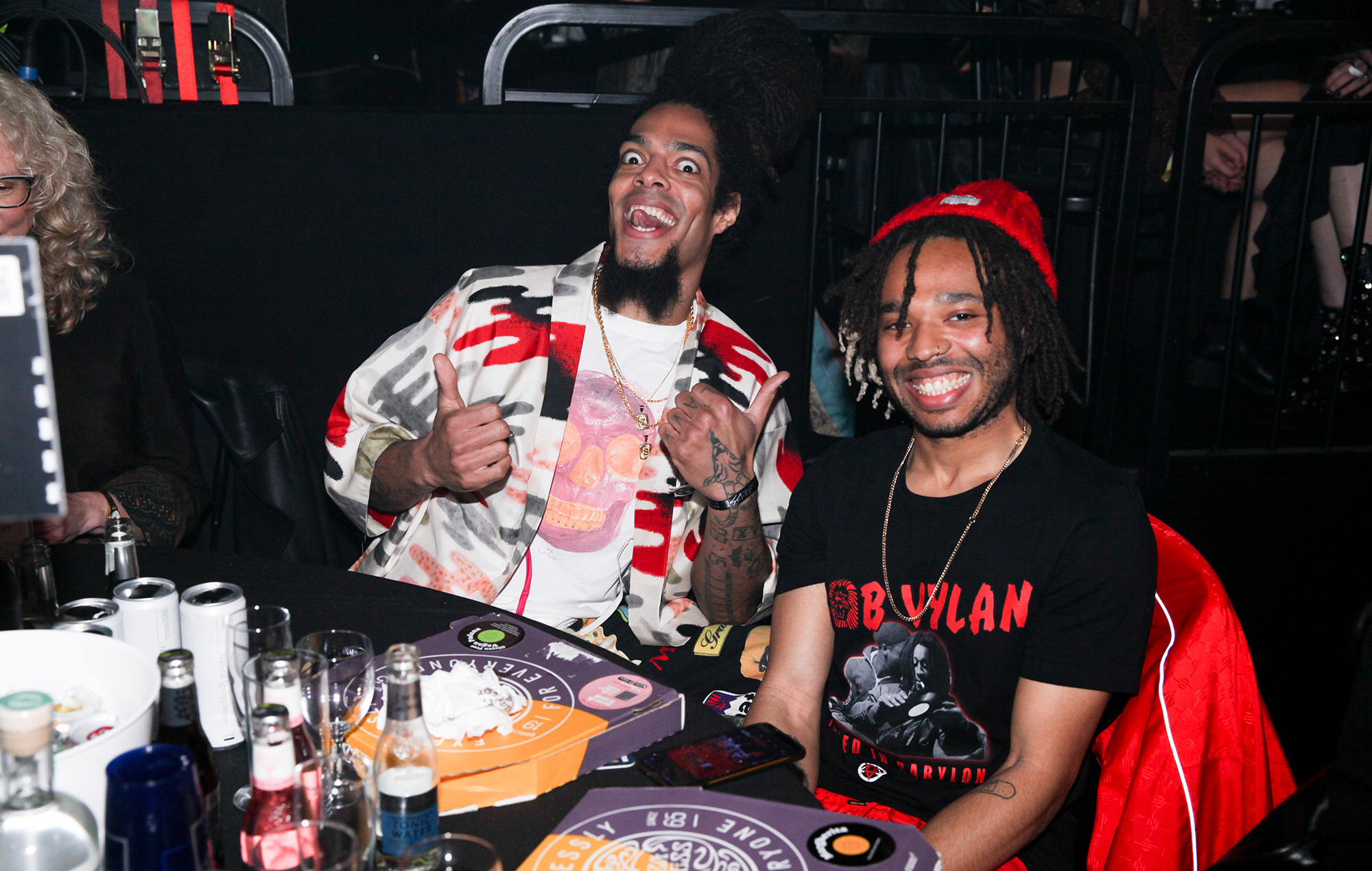 Ultimately, they urged the UK government to “fix up” and “do better”.

“Get Boris out of there,” Bob added. “You need leadership that people can respect, that the world can respect.”

The BandLab NME Awards 2022 also saw an opening performance from Sam Fender, as well as live appearances from Rina Sawayama, Griff and Sigrid, Godlike Genius winner FKA twigs, an historic collaborative set from Chvrches and Robert Smith, and an epic five-song closer from Bring Me The Horizon.

Check back for the latest news, interviews, winners and more from the BandLab NME Awards 2022.

Darius Syrossian prepares to go UNDER with this selection of music