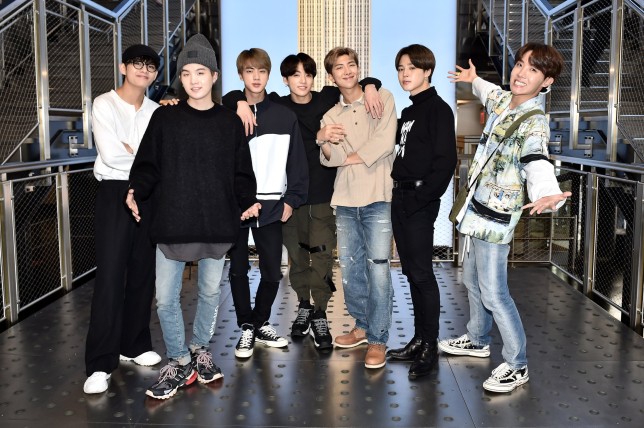 Big Hit, home to BTS, has struck up a partnership with UMG (Picture: Steven Ferdman/Getty Images for ESB)

Big Hit Entertainment and Universal Music group are set to assemble a brand new ‘global’ K-pop group in the US.

South Korean company Big Hit are responsible for forming BTS, the world’s biggest boyband who have racked up number one singles and albums in the States and sold out venues like Wembley Stadium.

So it’s only natural UMG want a piece of the pie, as they are joining forces with Big Hit to create a brand new boyband.

We’ll get to watch the process, too, as members of the K-pop group will be selected through a global audition programme, set to begin airing in 2022 in conjunction with a US media partner.

Unlike shows like The Voice or The X Factor, hopefuls will have to impress across the board in singing, dancing, performance and fashion, to prove they have what it takes.

The boyband will be managed by a new label formed between Big Hit and Universal’s Geffen Records, home to stars including Drivers License singer Olivia Rodrigo.

The new label will operate from Los Angeles and will work alongside Big Hit America, UMG and Geffen to launch the project. 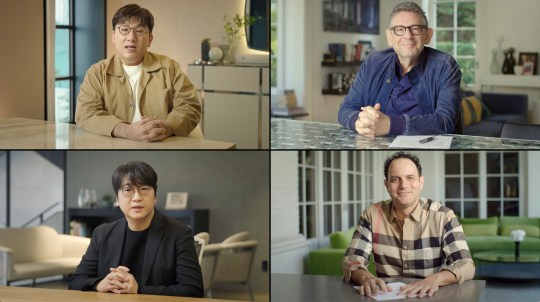 The partnership will expand ‘the global reach of K-pop music and culture around the world’ (Picture: Big Hit/UMG)

In a live announcement last night, John Janick, chairman and CEO of Interscope Geffen A&M said: ‘We are all incredibly excited about this joint venture project between Geffen Records and Big Hit.

‘This partnership offers both of us an incredible opportunity to work together helping to shape the future of music globally to the benefit of artists and fans alike.’

Not only are the two labels launching a new boyband, but they are working together to ‘increase opportunities for artists through innovation and technology, whilst expanding the global reach of K-pop music and culture around the world’.

This includes getting UMG artists involved with WeVerse, the community-based platform where K-pop acts interact and engage with fans.

UMG artists including New Hope Club, Gracie Adams and Alexander 23 have already joined the platform, with Yungblud set to join in the coming months.

Big Hit’s chairman and CEO Bang Si-Hyuk said: ‘Our two companies indeed share values and visions in that we both pursue constant innovations and are committed to providing our fans with genuine music and content of the highest and uncompromising level of quality.

‘In this sense, I strongly believe that UMG and Big Hit will create a synergy that will rewrite the global music history.’

Lenzo Yoon, CEO global and business at Big Hit Entertainment, added: ‘We will strive to secure competitive platform leadership and develop a top group of artists through the close partnership between our two companies, enabling K-pop to transcend all borders and languages.

‘This project is especially significant as it will apply Big Hit’s “success formula” established over the past 16 years to the US, the centre of the global music market.’ 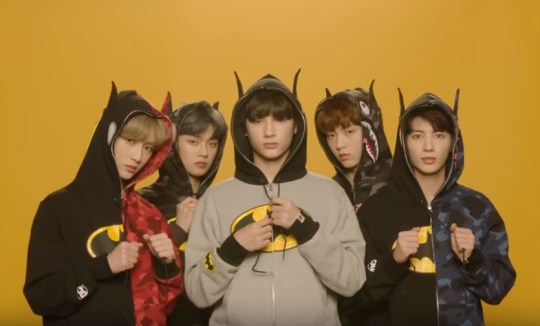 Sir Lucian Grainge, chairman and CEO of UMG, praised Big Hit’s innovation, saying: ‘With their innovative approach to developing artists and embracing new technology, Big Hit has become one of the most dynamic companies in music entertainment. We’re thrilled to be working together as we launch a new joint venture between our companies that will further accelerate K-pop as a global cultural phenomenon.’

Big Hit was established in 2005, with BTS making their debut eight years later.

The band made the entertainment company a major player, kickstarting K-pop going mainstream in the Western world with the IDOL singers making appearances on US shows like The Late Late Show with James Corden and Good Morning America.

Since then, Big Hit have also debuted its second boyband TXT (Tomorrow x Together), and has become the majority shareholder of Pledis Entertainment, home to acts like NU’EST and SEVENTEEN.