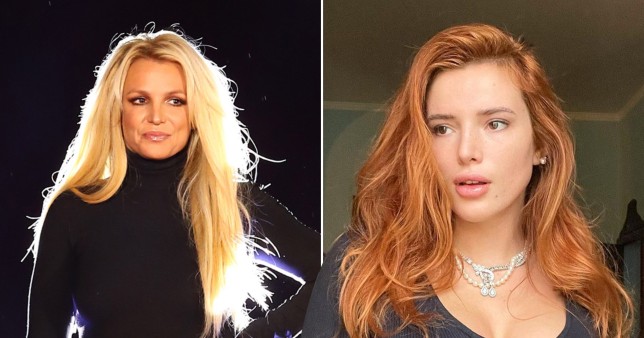 Bella Thorne has praised the ‘beautiful’ Framing Britney Spears documentary for opening up conversations about misogyny in the music industry.

The actress and artist opened up about the wildly popular programme, which documented some of the Toxic hitmaker’s struggles, and revealed she can relate to the misogyny that the star has had to face in her life.

Chatting to Metro.co.uk after the release of her song Shake It, Bella explained: ‘I think the Britney doc is so beautiful in the sense that it really does change everyone’s perspective on the situation.

‘And that’s needed to happen for a really long time. So I’m really happy that they made the doc and that they really showed everything in it. I can’t even imagine the things they didn’t show or that they didn’t even have time in the edit room for, all the other f**ked up experiences that she went through.

‘Hats off to the doc and Hulu for putting it front and centre and using their streaming service as a voice to tell this story.’

When asked if she has any experiences that she now looks back on in a different light, Bella admitted: ‘I think every single person in the industry has that feeling.

‘And not just in the music industry […] in the creative industry, really everyone deals with that. That’s why you have all these actors coming out years later, talking about their experience with a director or this thing or that thing.

‘It’s important that these things are said, so that they can change. And no matter what industry you’re in, we have to deal with this. So many times in life, you look back on a moment and go, “Oh, that’s what they meant. F**k.”

‘There’s so many moments like that, but of course there are so many great moments in the industry, so many times when a fan watches your creative vision and goes, “Oh my god, that touched me.” And that makes all these moments so worth it.

‘But of course, if we can change this, and we can really put a step forward in our stride to change this narrative, let’s do it.’

The 23-year-old recently spoke out about the double standards for male and female artists, when her music video for her song Shake It was briefly removed from YouTube.

Hey @youtube – whyâd you take down my video for Shake It? Is it because Iâm having fun with @dangershewrote? Male artists always have women shaking ass in videos… why canât we? Censorship against women needs to end!!! Iâll never stop fighting against this bull%h*t. Stay tuned. pic.twitter.com/nP83krKSMM

It was reinstated, with the TeamYouTube account telling Bella on Twitter that it had been removed by mistake, but she revealed it’s not the only time she’s had a similar experience.

‘I’ve experienced [double standards] a lot, and a lot on YouTube, I don’t know what YouTube has against me shaking my ass, but they really have something against it,’ Bella laughed.

‘It made me mad having to dumb down my creative vision for YouTube’s standards. You look up any music video on YouTube, there are people smoking weed, there’s people doing drugs, drinking while driving, there’s a bunch of things that you shouldn’t really be putting into teens’ faces like this […] you have two girls shaking their asses and you’re telling me that that is so inappropriate? 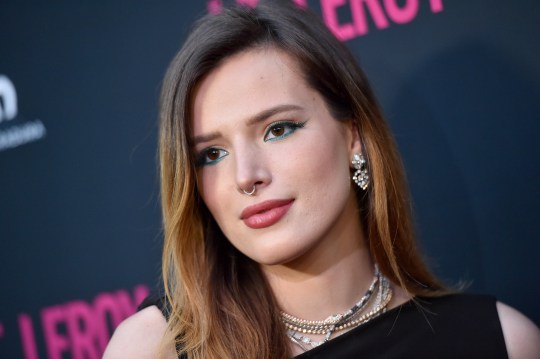 Bella opened up about misogyny in the music industry (Picture: FilmMagic)

‘And a guy rapper gets to do whatever the f**k that they want in their music videos, and I shake my ass one time with Abella [Danger] and it’s so inappropriate?’ she questioned.

Bella has been keen to direct her own music videos as of late, explaining that it just ‘made sense’ for her to take ownership of her projects.

‘It was really important for me because when I’m writing, I’m seeing the video, already thinking of ideas for the video,’ she pointed out.

‘With the artistic vision, it was just important to me that, because my music is mine, my hands are dipped into every piece, it felt like it was really important to keep doing that as far as the visuals as well, and it gives me so much experience as a director.’

As for her inspiration behind the song, she explained: ‘When I wrote Shake It, I was just in that mood, I wanted to have a good time, today I’m not going to write a song that I have to get emotional for.

She went on to reflect: ‘I think my music represents life, so therefore my albums – why wouldn’t they have all forms of life in them?’