Dave Grohl has revealed how Axl Rose bought him the “nicest fucking guitar” after the Guns N’ Roses singer borrowed the throne used by the Foo Fighters frontman when he broke his leg.

Grohl was forced to use a light-up throne for Foo Fighters’ shows in the second half of 2015 after breaking his leg when he fell off stage at a show in Gothenburg, Sweden.

While the intricate set-up was specifically designed for Grohl, it found a second lease of life in 2016 after Rose injured his foot at the opening ‘Not in This Lifetime’ show at Los Angeles’ The Troubadour.

Speaking about Rose’s use of the throne, Grohl told Classic Rock: “Axl took it out with Guns N’ Roses, then he took it out with AC/DC, and then all of a sudden I became the guy you come to if you break a limb on tour, like ‘Thrones R Us’.”

As a thank-you to Grohl, Rose sent the singer an expensive guitar. 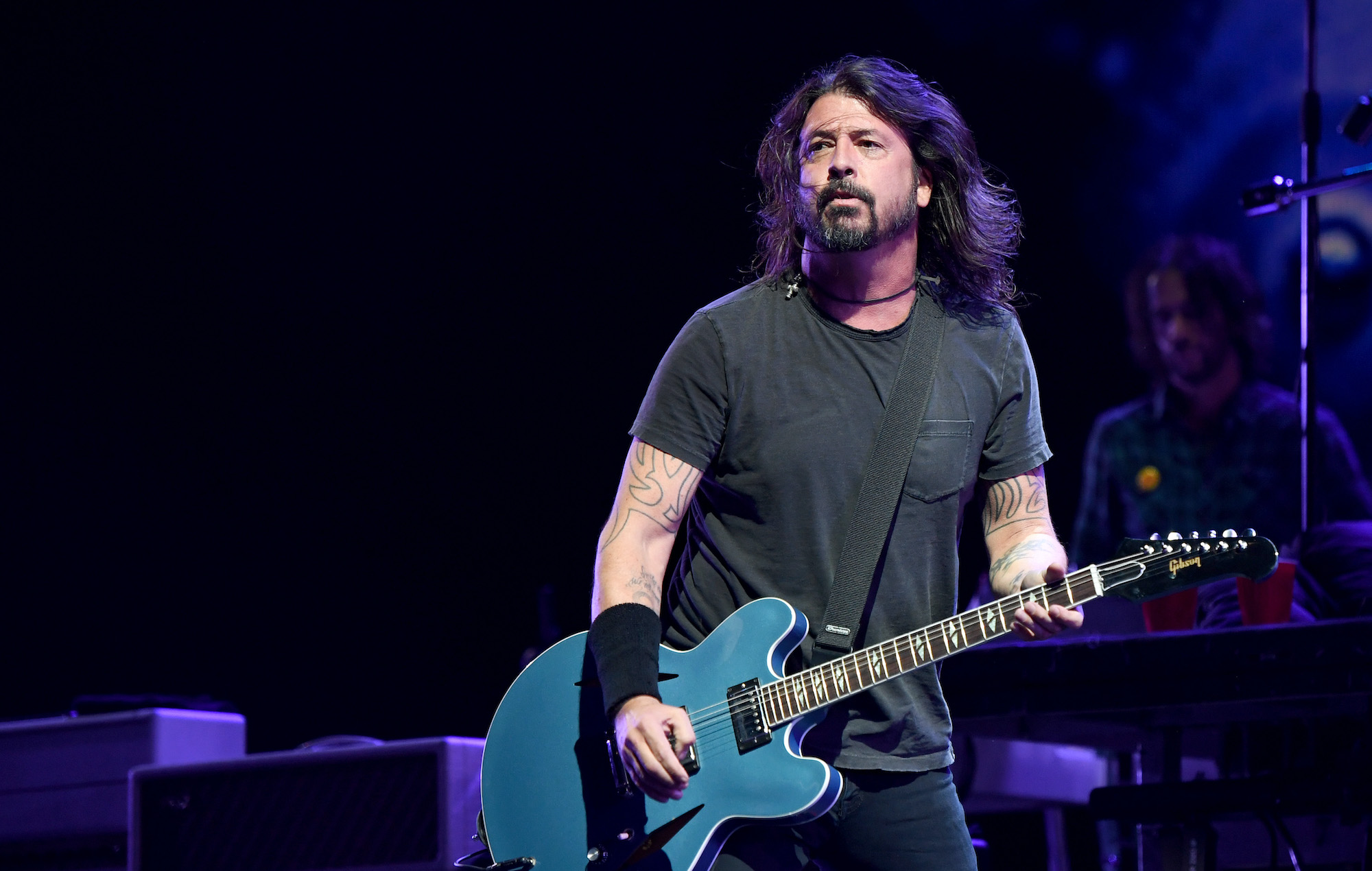 “He had Slash go pick me a guitar,” Grohl revealed. “And he picked me an early-’60s Gibson ES 335 Dot, which to this day is the nicest fucking guitar I have ever played in my life.

“It was an incredibly kind and classy gesture, and I was very appreciative.”

Last week, Foo Fighter shared ‘No Son Of Mine‘ – the second single from their forthcoming new album ‘Medicine At Midnight’.

Speaking to NME ahead of its release, Grohl said of the new album: “Since it’s our 10th record and 25th anniversary, we decided years ago that we wanted to do something that sounded fresh.

“We’ve made some many different types of album, we’ve done acoustic things, we’ve done punk-rock things, mid-tempo Americana type of things. We have a lot of albums to fall back on, so you just have to go with our gut feeling and I thought instead of making some mellow adult album, I thought ‘Fuck that, let’s make a party album’.”