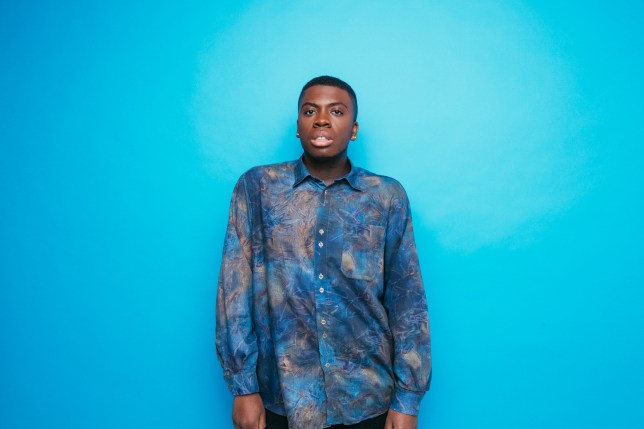 Being open about my sexuality probably would have been one of my greatest fears – I was afraid that I wouldn’t be accepted (Picture: Wiktoria Slowikowska)

When I was 14, I made a remix to the song Touch A Button by Vybz Kartel, a hugely popular dancehall artist.

Since these were the days of everyone having a BlackBerry, it felt amazing when my song was being shared through BBM around the school.

People would stop in the corridors and tell me, ‘This is really good, Daniel!’ – and from then, I just knew that this is what I was meant to do.

I’d download instrumentals and use the studio in my school to make tracks, remixes and my own original songs. I was sure that making music was going to be a major part of my life.

But if someone would have told me at that age that nearly 10 years later, I’d have a dancehall song out called Dance For Your Man – with lyrics like ‘I said it’s D-a-n-i-e-l-g-b-t/ Been this way from 97/ On the same team as Ellen’ – , I would have laughed in their face.

Though I’d known I was gay since the age of four, and I wasn’t internally denying it or trying to ‘pray it away’, I had no intention of it ever being something I shared with anyone but myself. It was my own ‘thing’ that only I knew about, though I’m sure a lot of people suspected it.

Being open about my sexuality probably would have been one of my greatest fears – I was afraid that I wouldn’t be accepted among my Black British Caribbean community.

But as you get older, life shows you what’s really important and what’s not. Worrying intensely about people’s thoughts of you and hiding your truth is not the way forward. 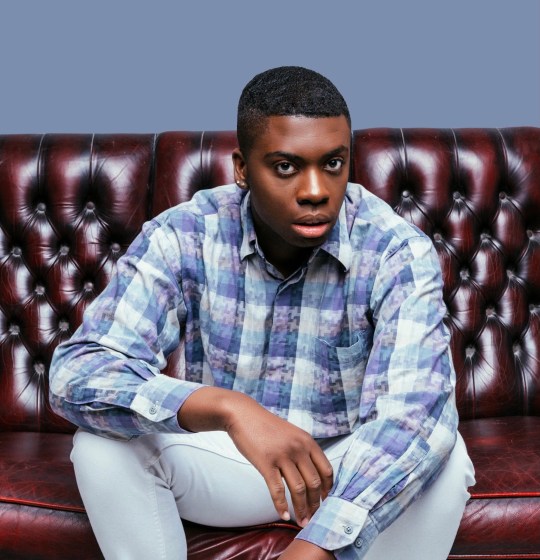 I’m not going anywhere – it’s up to the world of dancehall to catch up (Picture: Wiktoria Slowikowska)

Only a few months after I made my first song, I lost my mum to breast cancer in December 2012. Fortunately, she did get to hear some of my music, but she never got to see how I’d grow.

I went on to live with my grandmother and continued to write, sing and produce my own songs. I released my first album when I was 19 – and while it felt true to me, I still wasn’t being fully open about who I was.

Instead of singing about ‘him’, I just avoided bringing any gender specific pronouns into my music when touching on romance. As much as I was in the closet, if I would have played back a song of mine and heard myself talking about a woman romantically at any age, I’d cringe. As much as I love women, I’ve never been attracted to one!

If anyone were to hear me using ‘she’ in a song though, of course no-one would think anything of it, as we’re in a heteronormative world. But inside, I’d feel so wrong and awkward knowing something everyone didn’t. So, I decided I’d be neutral.

However, I went on to face other difficult life events: for one, I was a victim of fraud and lost a lot of money. As a young person without the same parental financial help to fall back on that most people my age have, it put me in a really dark and depressed state.

Then, in the early stages of writing for album two, my friend died suddenly.

But this all brought me to the realisation that, ‘you know what? Since I have nothing now, there’s nothing left to lose. Life cannot get any worse, so I’m not going to hide’.

I decided that I wasn’t going to deny myself my own freedom any longer – so, I told my producers: ‘From this point forward, the music that I make, I’m going to be openly expressing who I am.

It’s a shame I even had to ‘come out’, and couldn’t just start being myself without some sort of announcement. But I know what some people can be like: they’re men with wives and girlfriends – maybe they wouldn’t want to be associated with an LGBTQ+ based project. Maybe they’d feel uncomfortable being alone with me now, I worried.

Happily, my fears were unwarranted. They were all like, ‘Daniel, we’ve been working together for years, do you think I’m shocked right now?’

I was so scared to have that conversation with them, but the relief of their acceptance meant everything. ‘At the end of the day, we’re your producers, you make good music, and that’s all we want to do,’ they said. ‘Express yourself.’

And from that point, I’ve done exactly that. My music has never been more myself – the album is called Free, because there’s no better word to describe how I feel.

Yet, being a gay man who makes dancehall music is complicated: historically, it’s a genre that has both promoted and created homophobic terms. Dancehall has shaped the minds of generations – you can hear a decades-old classic tune at a family event, and then a homophobic term will pop up out of nowhere.

You might ask why I’d uplift a style of music that does that, but when I hear a dancehall beat, above all genres, it takes my body to another level. I listen to it every day: it ignites me and gets my waist moving like no other genre does.

So, the homophobia is so sad to me, because I love the music so much. Imagine your favourite music style being the one that hates you the most?

I make dancehall music because I love it – but I also think it can have the power to shift the needle towards something more positive. I want to be a voice for the LGBTQ+ community in my music and I want to educate those who are not.

They can understand that, no, it’s not a choice. People don’t choose to be LGBTQ+, it’s just who we are.

The aim is to have my music played everywhere. I want people to listen, no matter your gender or sexuality, because I know I make good music that should be enjoyed.

Before the first lockdown, I had bookings in gay clubs to perform my music – but I do see Dance For Your Man being played in straight clubs in the future, too.

I want it to be played after a heteronormative song – because both heterosexuality and homosexuality are equally valid. Having my song on their playlists will help how both can exist at the same time because they’re both normal.

I’m not going anywhere – it’s up to the world of dancehall to catch up.

Daniel Molyneaux releases his new EP ‘Dance For Your Man’ on 17 February to mark LGBT History Month – listen to the EP here.

As told to Nicole Vassell

MORE: As a Black gay man, I am constantly reduced to outdated, racist stereotypes when online dating

MORE: I couldn’t find any support for LGBT Black dads, so I started my own group

MORE: If Black History Month does not include LGBT+ people, it is not Black history

There’s a strawberry version of that viral TikTok feta pasta