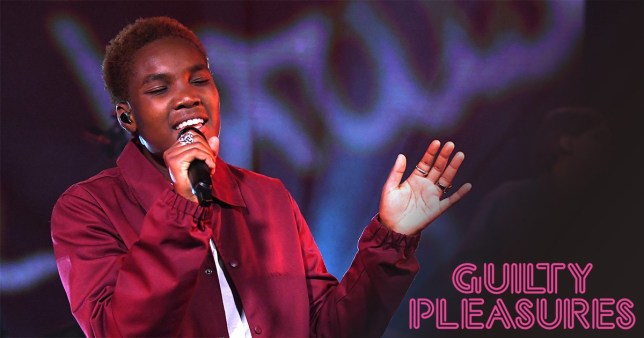 Arlo Parks says she should be in a uni lecture by now… not neck-and-neck with Dua Lipa for the highest number of Brit Award nominations.

The 20-year-old still doesn’t understand how she got to this point but is heartened the big names, including Dua, are being so nice to her.

Checking in with Guilty Pleasures ahead of her big night on May 11, Arlo said: ‘I expected to just be at uni, doing English literature at UCL.

‘I didn’t expect any of this. Music and songwriting was something I was passionate about but I never expected to reach any level of commercial success. It was always something I would do for myself in my bedroom.’

The Eugene singer, who will be performing at the Brits, is up for solo female, new artist and best album for Collapsed In Sunbeams.

‘The thing about the Brits is, it was completely unexpected,’ Arlo added. ‘It wasn’t even something that I had a secret hope of, or in my mind at all.’ 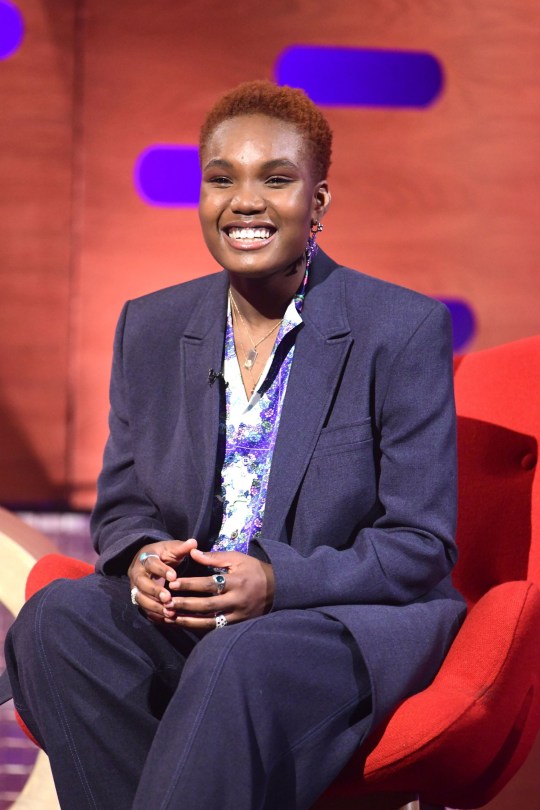 She said she was in Paris when the award nominees were announced, and her manager started reading out the categories she was in.

‘I was like, “Oh my goodness”. I can’t describe that feeling. It was that feeling of being recognised in a massive way as an independent artist. I wasn’t expecting it.

‘I called my mum and my whole family was huddled round the speakerphone. It was very cute.’

The next thing she knew Dua, the singer she has to beat, was covering Eugene in the Radio 1 Live Lounge. ‘For Dua to do something like that for someone way less famous and starting out, I thought that was really lovely,’ said Arlo. 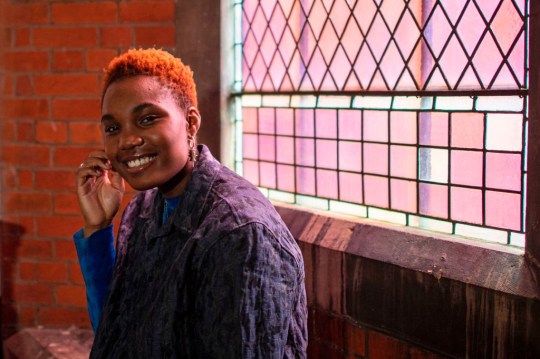 They are performing at this year’s Brit awards too (Picture: Getty)

‘And it came from a genuine place. You could tell that. I had to restart my text message to her a few times. The first draft, I was like, “Woah, be cool”. I posted a video of my reaction.

‘I thought it was really cool ’cos I hadn’t really heard her voice in that context with the guitar and backing vocals. There is something really raw and moving about her voice. She did a wonderful job.’

And that goes for all her fellow nominees in a historic year which has, for the first time, four women up for the top album prize.

‘Something that is really wonderful about this year’s nominations is everyone has supported each other,’ said Arlo. ‘I have spoken to Lianne (La Havas), I have spoken to Celeste. We’re all fans of each other and we are all kind of a nurturing community within the nominees.’

And as for those uni plans? ‘Maybe at some time I would do something online. I definitely have a desire to learn and I would love to do a course but it’s the time, right?’

Noel Gallagher decided to quit taking cocaine after growing bored with ‘conversations about the pyramids’.

The former Oasis rocker came clean about how his drug binges stifled his creativity as he announced his new single with High Flying Birds, We’re On Our Way Now.

‘Cocaine, it’s not the most creative drug in the world,’ said Noel, 53. ‘And, again, it’s not unlike the internet. It drives neurosis.

‘And you’re just talking out your f***ing ass. The reason I packed it in was because I had enough of the 5am conversations about the pyramids and f***ing this, that and the other. It was all f***ing nonsense. Everything I ever did on cocaine would have to be redone.’ 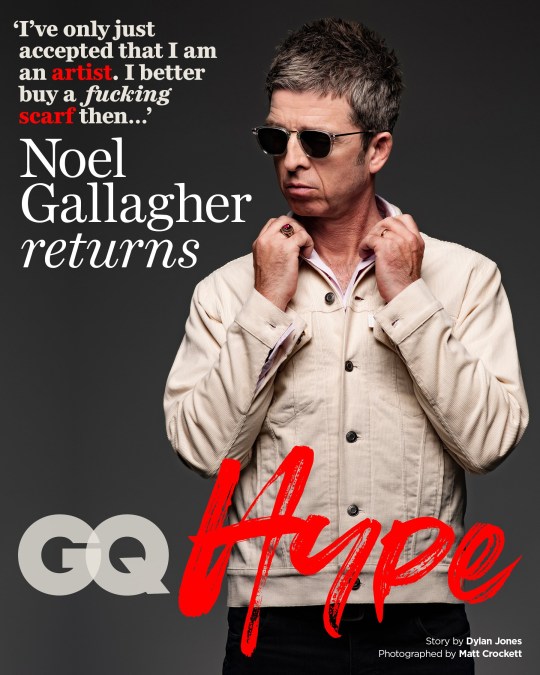 He even slagged off one of Oasis’s biggest albums.

‘Be Here Now was written, recorded and performed on cocaine and if you’re into that kind of thing… I meet so many kids and I signed so many of those covers and they’re always on about this album and I’m like, “If you love it, f***ing great”.

‘I can only have my opinion and that’s it,’ he told GQ Hype. Asked if the 1990s would have happened without drugs, he replied: ‘Were they important? No. Were they good fun? Yes. Did everybody have enough money to afford to buy a lot of them? Yes.

‘And I’m not just talking about my circle of people. I think it probably would have happened without drugs.’

Tia: People have been dragging their heels…

Drag Race star Tia Kofi predicts the drag scene is about to become the mainstream as she makes a fresh attack on the charts today with Look What You’ve Done.

Her last single was streamed 500,000 times and reached No.3 in the charts, while Jodie Harsh is A-list on Radio 1’s playlist.

Tia, 30, from Clapham, told GP that shows like Drag Race UK have given drag ‘more mainstream potential’, adding: ‘It feels like people are only just starting to catch up.’

■ We can hear the waves of excitement from here – Boardmasters is bringing festival action back to the Cornish coast in August. Foals, Gorillaz and Jorja Smith will headline for 50,000 fans at Watergate Bay. Mahalia, Sam Fender, Loyle Carner, The Kooks, Becky Hill and Lianne La Havas are among the 100 acts that have also been signed up. It means Damon Albarn’s Gorillaz get to celebrate the 20th anniversary of their debut album when they headline on Saturday August 14.

I knew I was a boy as a toddler, says Elliot

Elliot Page knew he was a boy when he was just a toddler, and called himself Jason.

The 34-year-old Juno star — who shot to fame as Ellen — came out as transgender in December, but admitted he adopted a male identity from a very young age. 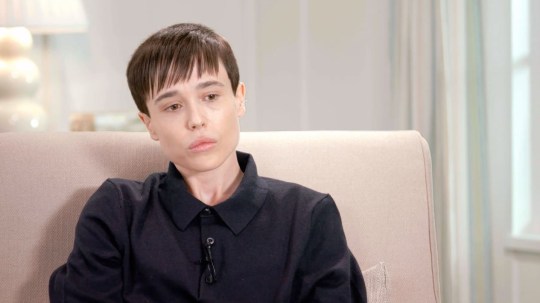 ‘All trans people are so different, and my story’s absolutely just my story,’ he told Vanity Fair. ‘But yes, when I was a little kid, absolutely, 100 per cent, I was a boy.

‘I knew I was a boy when I was a toddler. I was writing fake love letters and signing them “Jason”.

‘Every little aspect of my life, that is who I was, who I am, and who I knew myself to be.’

Lonely Anya just had to Muggle through…

Queen’s Gambit star Anya Taylor-Joy’s only friends when she was little were the characters from the Harry Potter books.

Born in Florida, she was so lonely after moving from Buenos Aires to London at the age of six that she would play games with plants.

‘I joke about this but I’m kind of serious when I say that the characters in the Harry Potter books were my friends,’ Anya, 25, told Elle magazine.

‘I spent the first two years in England playing hand-clap games with plants — if you slap them hard enough, they clap back — and learning how to read. That was my existence. I didn’t hang out with other kids.’

She started acting to cope with bullies, and compared it to the way her Queen’s Gambit character Beth turned to chess. She added: ‘It just really pushed me. Much the same way as Beth needed chess, I needed acting.’