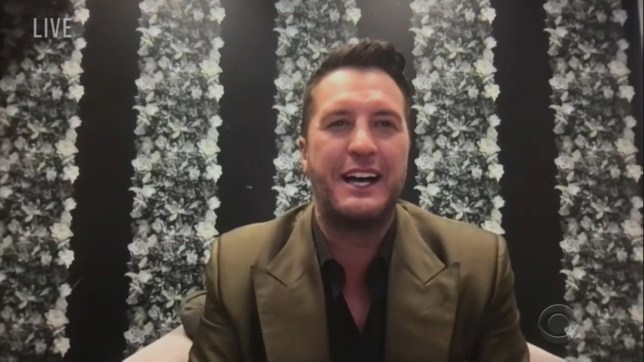 Luke Bryan bagged the entertainer of the year award at this year’s Academy of Country Music awards (Picture: CBS)

The likes of Luke Bryan, Chris Stapleton, and Maren Morris were the big winners during the 56th Academy of Country Music Awards on Sunday night.

The annual ceremony took place across several locations amid the ongoing pandemic and saw Keith Urban co-hosting alongside Mickey Guyton – the first Black female to host the show.

American Idol judge Luke took home the top gong for entertainer of the year which he accepted remotely while in recovery from Covid-19.

He stated: ‘I’m so sorry I could not be there. And to all my fans out there and country radio, we miss touring. We’ve missed being on the road with everybody that makes me an entertainer.

‘My bus drivers, my band, my crew, what a challenging year. But to all the fans and everybody, we’ll be back out on the road doing what we love.’

Elsewhere, Maren walked home with the female artist of the year and song of the year award for her track The Bones. 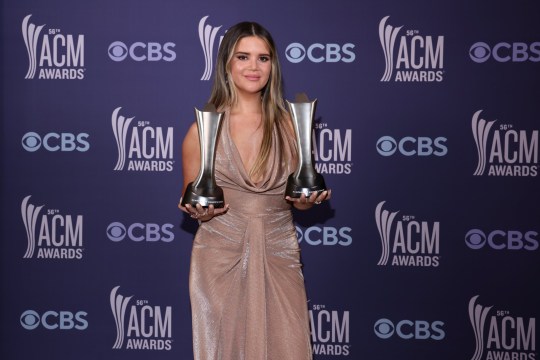 Maren Morris walked away with the song of the year and female artist of the year gongs (Picture: Getty Images North America)

In one tearful speech, she said: ‘Really just happy to be in a category with women that were not able to tour this year, but brought so much heat to the game to country music this year.

‘You’ve inspired me so much to no end, and even in a year where no one’s gotten to play shows, I have heard some of the best music out of all of you this past year. So thank you so much for inspiring me.’ 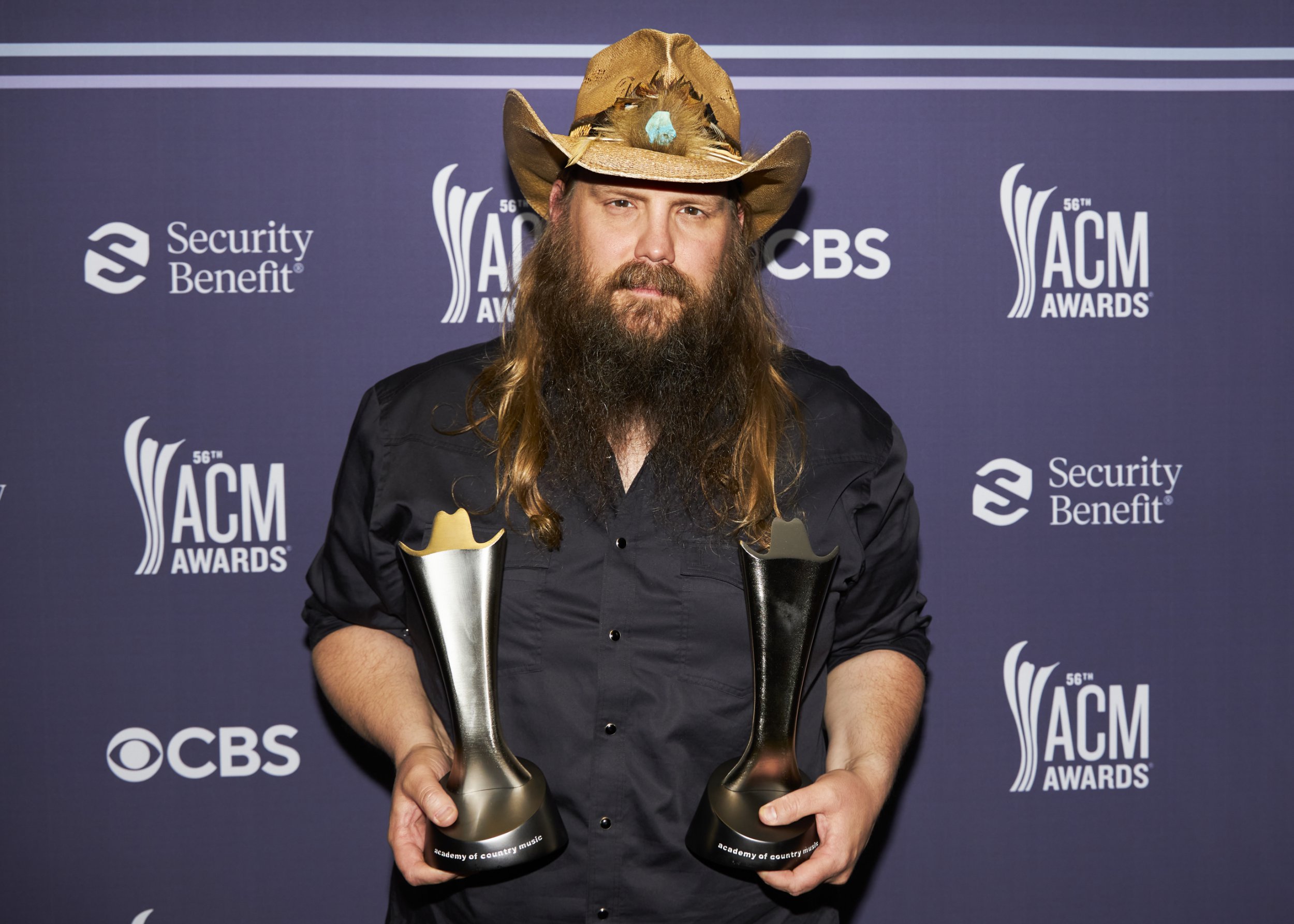 She then went on to thank her co-writers and her husband Ryan Hurd for her song of the year win.

‘It’s just been a hell of a year, and hopefully, country music and maybe even this song brought you and your family some peace,’ she stated.

Indeed, this year’s ceremony was the first time all of the nominees for Single of the Year were performed by women.

A shocked Carly Pierce took home the awards for her collaboration with Lee Brice, I Hope You’re Happy Now.

Entertainer of the year
Luke Bryan

Duo of the year
Dan + Shay

Group of the year
Old Dominion

Album of the year
Starting Over – Chris Stapleton

Song of the year
The Bones – Maren Morris