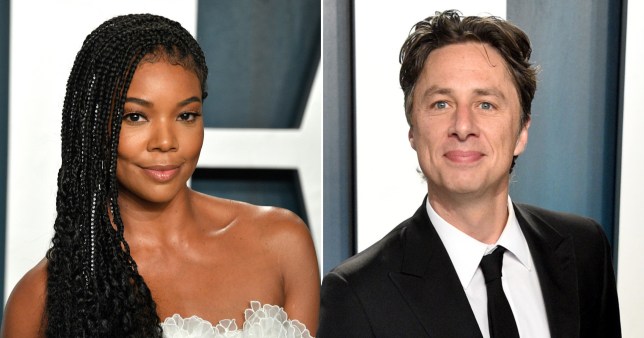 Scrubs star Zach Braff has signed on to star alongside Gabrielle Union in a Cheaper By The Dozen remake for Disney+.

The 2003 flick featured Steve Martin and Bonnie Hunt as the parents of 12 children and the pair teamed up again two years later for the sequel.

For the uninitiated, the film followed Tom Baker (Martin) as he handles his absolute army of children while his wife is busy on a book tour.

Now the Disney Plus remake will see Braff, 45, and the Bring It On actress, 48, star as the parents in a multiracial family.

The script is being written by Black-ish creator Kenya Barris and Braff couldn’t hold back his excitement about the project.

He tweeted: ‘I dreamt I married Gabrielle Union and had 12 kids. It came true!!! I’m sooooo excited.’ 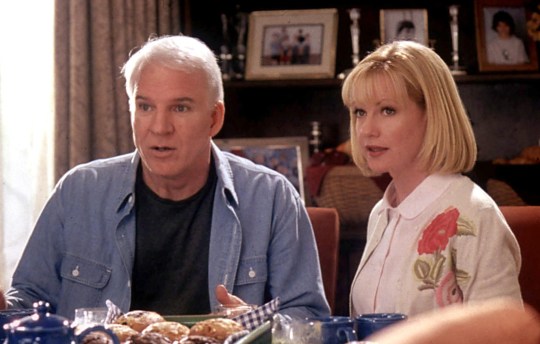 The 2003 version starred Steve Martin and Bonnie Hunt as the parents of 12 children (Picture: Moviestore/REX/Shutterstock)

The first Cheaper By The Dozen was a remake of a 1950 film of the same name, which was based on an autobiographical book about growing up in a large family.

Last year, stars of the 2003 comedy – including Hilary Duff – teamed up to re-enact some of the film’s most memorable moments to raise money for charity amid the pandemic.

The actress and her old pals took it back to 2003 with a cheeky video challenge, which sees people recreating childhood photos.

They took it up a notch, with the likes of Bonnie Hunt (Kate Baker), Alyson Stoner (Sarah Baker), and Kevin G Schmidt (Henry Baker) recreating memorable moments from the popular movie.

Hunt tweeted: ‘Surprise! From the Baker family to yours. We are all in this together #wearefamily Help feed families with us,’ before sharing a link to No Kid Hungry.

The Cheaper By The Dozen remake is expected to be available to stream in 2022.

Biden pushed to back MONTHLY $2,000 payments as Dems like AOC and Ilhan Omar say ‘one more stimulus check isn’t enough’