Woody Harrelson has revealed that he once drank cobra blood with Michael J. Fox during a night out in Thailand.

The Triangle Of Sadness star shared the amusing story while presenting his friend Fox with an honorary Oscar at the 13th Annual Governors Awards on Saturday (November 19).

Speaking to the audience, Harrelson explained that he was visiting Fox in Thailand on the set of his 1989 film Casualties Of War when the pair of them were treated to a wild night out in the jungle. It was there that they witnessed a fight between a cobra and a mongoose.

“I didn’t believe it. I look in there and Mike is sitting next to this kid with dozens of cobras all around them ready to strike and — no jest. And the kid was toying with these cobras,” said Harrelson.

“He taunted a bunch of these cobras and then he found the orneriest cobra, grabbed it by the neck, threw it in a cage with mongoose, where I saw the craziest fight I’ve ever seen between any animals other than studio executives,” he joked.

Harrelson continued: “And the mongoose won, they took the snake, tied it by its tail, ran the blood out, half-filled four glasses with cobra blood and half with Thai whiskey.”

The actor then revealed that Fox promptly threw up after drinking the beverage, saying: “He [Fox] never could hold his cobra blood.” 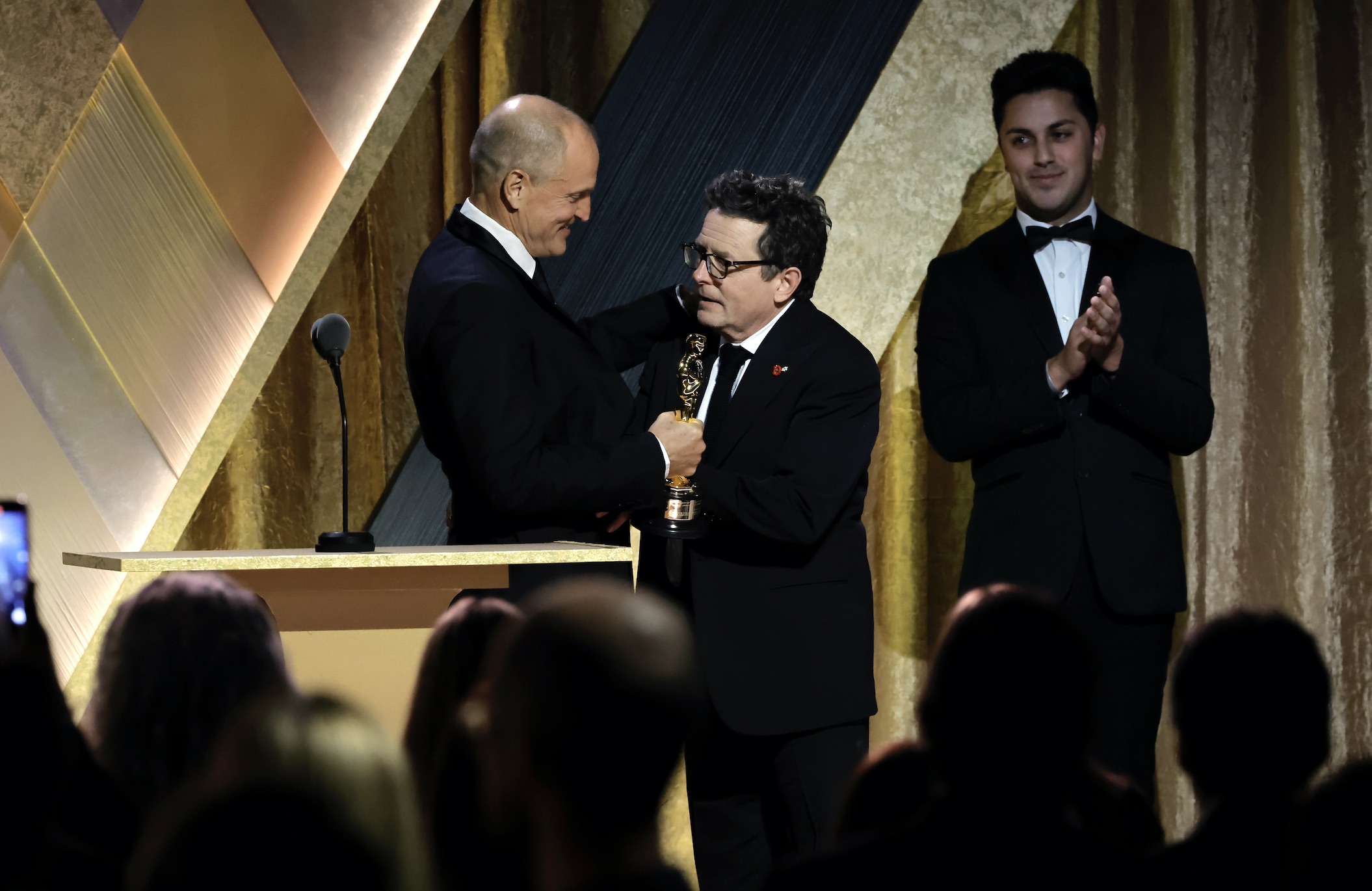 Fox was presented with the Jean Hersholt Humanitarian Award, for his work combatting Parkinson’s disease. His foundation – the Michael J. Fox Foundation – has raised over $1billion (£840million) to find a cure for the disease.

Harrelson went on to praise Fox, who was diagnosed with Parkinson’s disease in 1991, for turning “a chilling diagnosis into a courageous mission”.

“He never asked for the role of Parkinson’s advocate, but it is his best performance,” said Harrelson, adding that Fox “sets the ultimate example of how to fight and how to live”.

Last month, Fox opened up about a number of injuries he sustained over the past year, including a broken cheek, hand, shoulder, elbow and arm.