I’m in a world of pain, holding a tyre over my head in a field outside a navy base in Blackheath. There’s a training officer with arms like tree trunks barking orders at me and a group of journalists getting the angriest, roughest PT session they’ve ever had.

I haven’t been shouted at this much since I was in the headteacher’s office for kicking a football that hit the back of the DT teacher’s head in year eight. Everything aches. It’s raining. I’d give anything to sack it all off and go for a pint.

Why are we here? It’s a question I asked myself plenty of times while lugging jerry cans and heavy rucksacks from one end of the field to another, crawling under netting and running until our eyes bulge.

We’re here to get a small taste of what it takes to be a Navy SEAL – the hardest b******* in the armed forces – and experience what Michael B Jordan had to go through to prepare for the new Amazon movie Tom Clancy’s Without Remorse.

Michael B Jordan, I am not. Already one of the most shredded actors in the game, he’s stepped up his training for the new film with an insane workout routine.

He teams up with the likes of Jodie Turner-Smith, Jamie Bell and Guy Pearce in latest instalment of the Tom Clancy universe, setting out to avenge his wife’s murder and uncovering a conspiracy at the heart of power. 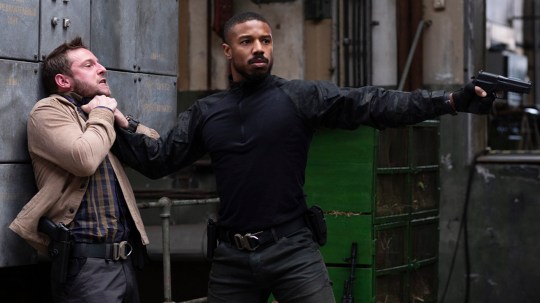 Michael B Jordan and Jamie Bell in Without Remorse (Picture: Amazon Prime Video) 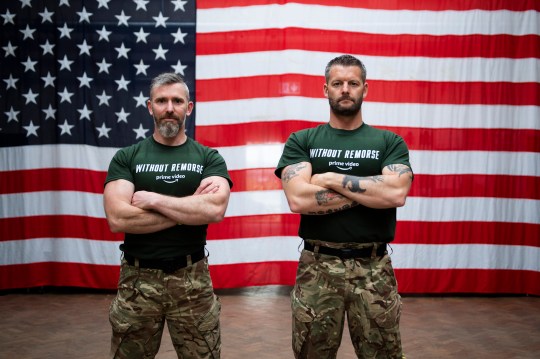 As part of the film’s virtual launch day, us hapless recruits – a group of reporters who really didn’t know what they were letting themselves in for – get a taste of his intense preparation for the film.

After being briefed on entry by a group of naval officers in the main hall of the training facility, we’re assigned a number given the run down of basic defence training techniques for Navy SEALs in armed combat and some ‘warm-up’ exercises which took their toll instantly.

Fitness wasn’t on my side. Lockdown has been so long I’ve been in and out of shape three times. As things got a bit more involved and the intensity upped, I felt more like an actual seal, flopping and rolling its way ungainly around the floor of a scout hall, than the elite members of the secret forces, ready to go into battle and take out some armoured heavies. 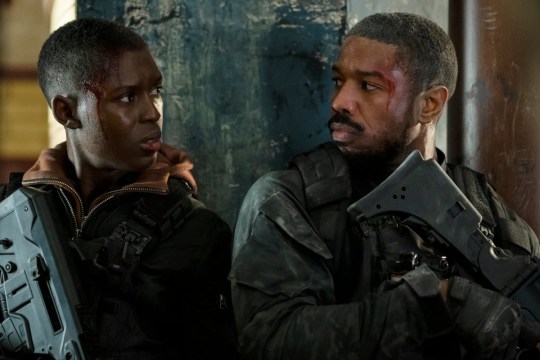 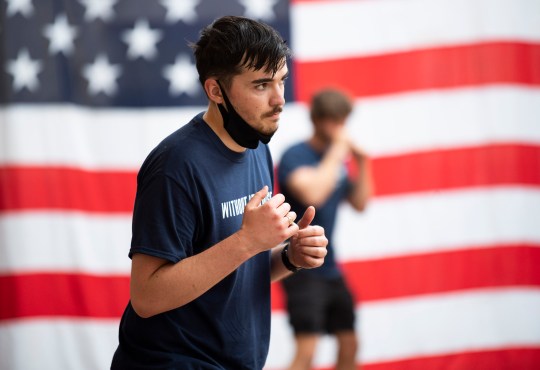 Shadow boxing, already out of my depth during the warm-up (Picture: Amazon)

Working out in a facemask isn’t something I’d advise, either. Pathetically, I get a red mist spreading behind the eyes and I have to sit down for a breather. For a minute I can’t see anything at all. After my vision comes back to me I check my watch and realise we’re 45-minutes into a full five hour day. Things would only get worse.

That was just the beginning. The actual training itself is some of the most intense physical excursion I’ve ever endured. As a squad, the emphasis was placed on the team rather than the individual. If just one of the 20 participants in our failed to complete a set of push-ups, we’d all have to repeat the drill. If any of us were left behind and didn’t complete the course, it was back to the start. It was way more brutal than any of us had expected.

For a very real 30 minutes I felt like I wasn’t a desk-jockey journalist with bad posture at all, but a soldier in training – albeit one woefully out of their depth. 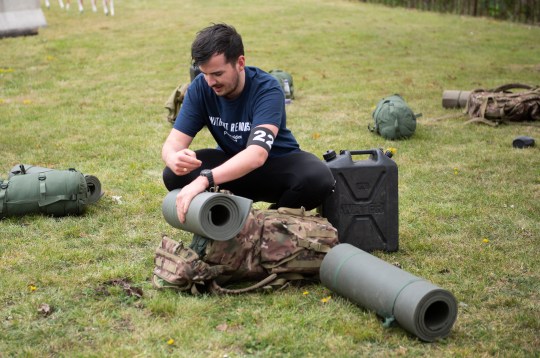 In a world of pain, struggling to work a rucksack (Picture Amazon) 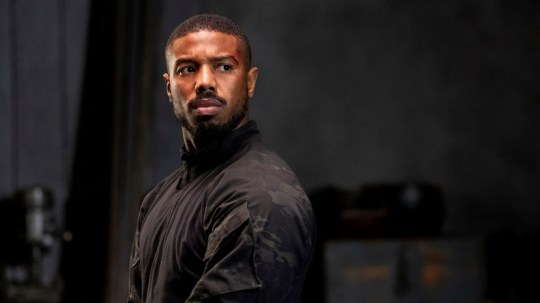 The actor’s preparation for the film was on another level completely (Picture: Amazon Prime Video)

We endured the workout for a few hours and got a faint flavour of what it was like to train for the SEALs. We left grimacing in agony and aching all over, but it’s still absolutely nothing compared to what Michael B Jordan went through.

Michael previously spoke to People about his experiences for the film, saying: ’It was definitely very, very intense. The stunts were high-intensity moments, though they were also fun. I trained for each one specifically. Weapons training, military diving, tactical training, close-quarter combat training.’

After out training mercifully ends, we’re taken to a live Q&A with Michael’s personal trainer Corey Calliet, who hammered home just how dedicated the actor was ahead of the project.

Corey is the man responsible for getting the actor in shape for the Creed films, Black Panther and Without Remorse. It’s clear the torture we endured just now was child’s play compared to what he put Michael through for the film. 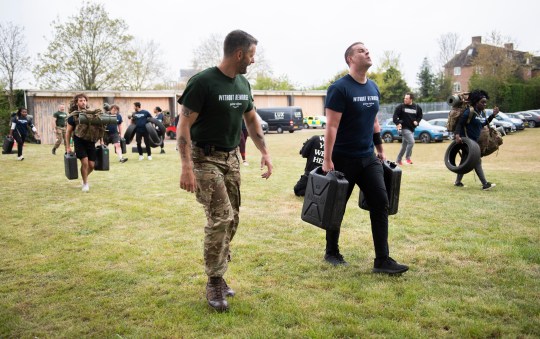 We had no idea what we were letting ourselves in for (Picture: Amazon)

Speaking about the intensive preparation, Corey said: ‘We went to New Mexico and worked with marine guys. We had to learn three months worth of training to be a navy seal in the space of four days. It was all about repetition, anything that you do over and over and over again.’

The real Navy SEALs, of course, are on another level of fitness. Even the best in Hollywood business struggle to match them.

Corey stepped things up to try and get Michael up to speed with the armed forces – but did the actor ever throw in the towel during the crushing workout routines?

‘Yeah, every day,’ Corey says. ‘I try to break people. If it’s easy for you then it’s not going to work.’

‘I said, “Keep going, keep going.” That’s how you get your mind to be mentally strong. Every day, he didn’t want to do it. But he’s strong. That takes dedication. That takes pride in yourself. If you want the benefits, you need to get if for yourself.’

The benefits might be great, but I hope I never have to crawl under camo netting or pick up another tyre in my life. I’ll leave it to Michael to live the Navy SEAL life instead.

Tom Clancy’s Without Remorse is available to watch now on Amazon Prime Video.

Man Utd to do ‘everything’ to keep Cavani