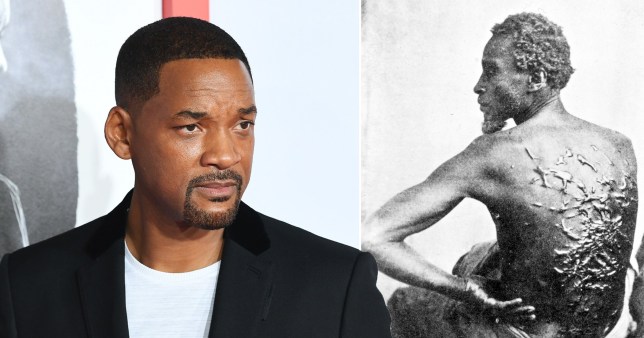 Will Smith’s Emancipation pulls filming from Georgia in reaction to its restrictive voting laws (Picture: Getty)

The Hollywood star is also working as a producer on the runaway slave drama, which will be directed by Antoine Fuqua, and the pair have decided it would be best to move production of the pre-Civil war drama away from the state.

They explained in a joint statement: ‘At this moment in time, the Nation is coming to terms with its history and is attempting to eliminate vestiges of institutional racism to achieve true racial justice.

‘We cannot in good conscience provide economic support to a government that enacts regressive voting laws that are designed to restrict voter access. The new Georgia voting laws are reminiscent of voting impediments that were passed at the end of Reconstruction to prevent many Americans from voting.’

They concluded: ‘Regrettably, we feel compelled to move our film production work from Georgia to another state.’

The film – which was picked it up by Apple Studios in July 2020 – has become the first major production to leave the state because of the controversial new law. 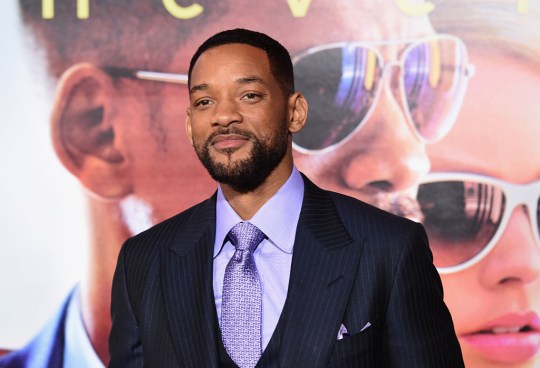 The new voting law – which was passed by a Republican legislature and signed into law by a Republican governor- has been heavily criticized for being overly restrictive and targeting the state’s Black populations.

Politicians and civil rights activists have claimed it hearkens back to the era of Jim Crow, a time when many Southern states created laws that kept institutional racism intact.

However, the decision to pull the project comes despite calls from prominent Black figures like Stacey Abrams urging Hollywood not to boycott the state. 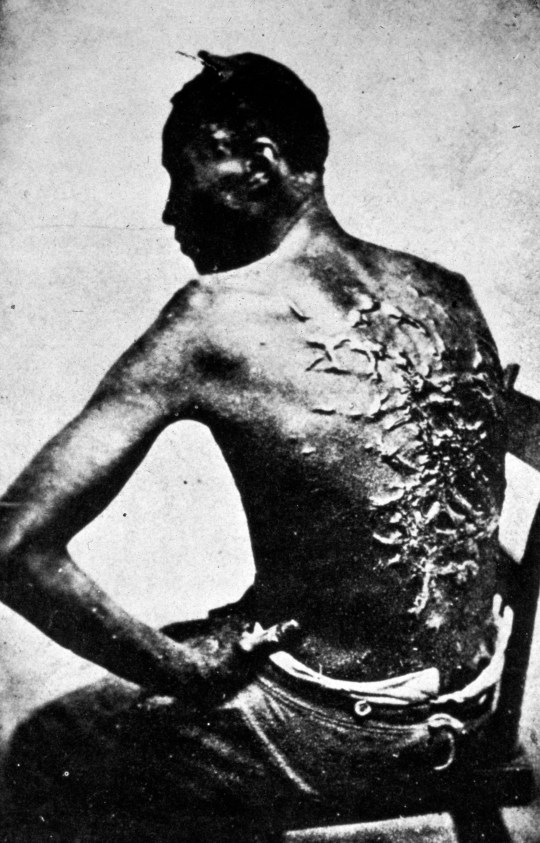 The film tells the true story of Gordon, also known as ‘Whipped Peter’, who was a former enslaved man that famously revealed his scarred back for a photo series (Picture: MPI/Getty Images)

She explained in a panel discussion: ‘Boycotts work best when the target of your boycott is responsive, and unfortunately we are not dealing with good actors here. The governor of Georgia is reveling in the potential of a boycott because it gives him someone to blame for his own actions,’ she said in a panel discussion.

‘Unlike previous boycotts that have worked in the South, the length of time it takes for a boycott to take effect would be devastating to an economy, devastating to people, devastating to the targets of this terrible, vicious legislation.’ 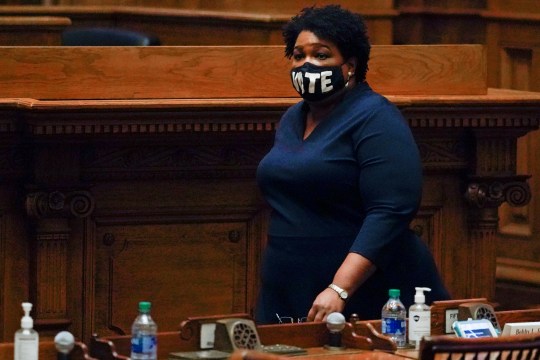 The decision came after Democrat Stacey Abrams asked studios not to boycott the state due to the new laws (Picture: AP Photo/John Bazemore/ Pool)

Georgia has one of the more generous production tax incentives in North America and is a major production hub for the likes of The CW, Marvel, Netflix and HBO Max.

Emancipation will tell the true story of former slave ‘Whipped Peter’ Gordon, who famously became the subject of a series of photographs that revealed the scars left on his back from being tortured and abused by enslavers John and Bridget Lyons.

The Harper’s Weekly series took place after he emancipated himself from a Southern plantation and joined the Union Army in the 1860s. He then became famous for being ‘The Scourged Back’ that helped highlight the horrors of what African Americans were facing on plantations.

Emancipation is set to begin filming on June 21, and production might possibly now take place in Louisiana where the events actually occurred.

Get Blues at 8/1 to win Champions League tie, Porto available at 25/1