Why Kate Winslet agreed to reunite with James Cameron

James Cameron has offered an explanation as to why Kate Winslet agreed to work with him again, despite her “frightening” Titanic experience.

Cameron directed Winslet in the 1997 film, and the actress went on to open up about her struggles with the filmmaker and his harsh shooting conditions.

Speaking to the LA Times after the film’s release, Winslet called Cameron “a really tough nut to crack”, adding: “There were times I was genuinely frightened of him.”

In a later interview with The Guardian, she said: “He has a temper like you wouldn’t believe. You’d have to pay me a lot of money to work with Jim again.”

However, Winslet has once again reunited with Cameron for his new film Avatar: The Way Of Water, the long-awaited sequel to his 2009 blockbuster which is set for release on December 16.

In a new interview with GQ, Cameron suggested that Winslet was willing to work with him again because she “had something to prove to herself”.

For The Way Of Water, the actress had to learn to free dive and breathe underwater for roughly eight minutes.

Discussing this in the interview, Cameron said: “And so, I mean, no extra charge for the therapy, for the healing moment where she got to hold her breath underwater for seven and a half minutes and be the underwater queen.” 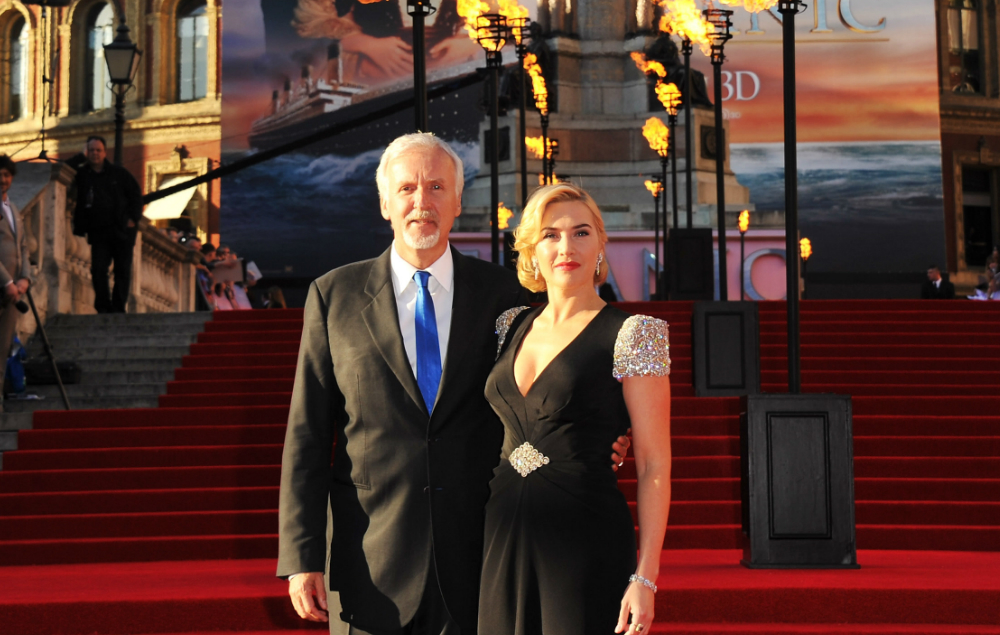 Elsewhere, the director recently suggested that he could end the Avatar franchise early if the upcoming sequel underperforms at the box office.

Cameron is planning another three sequels after The Way Of Water, with the follow-ups set to be released in 2024, 2026 and 2028 respectively. However, the filmmaker has said that the story could conclude with the third film.

“The market could be telling us we’re done in three months, or we might be semi-done, meaning: ‘OK, let’s complete the story within movie three, and not go on endlessly,’ if it’s just not profitable,” the filmmaker told Total Film.

“We’re in a different world now than we were when I wrote this stuff, even,” he added. “It’s the one-two punch – the pandemic and streaming. Or, conversely, maybe we’ll remind people what going to the theatre is all about.

“This film definitely does that. The question is: how many people give a shit now?”

Jennifer Lawrence was pressured to lose weight for ‘The Hunger Games’

Films out this week: From Guillermo Del Toro’s Pinocchio to Nocebo