NETFLIX’S The Tinder Swindler was released on February 2, 2022, and tells the story of three women who were robbed out of thousands of dollars because of a dating app.

The one thing that all three of their stories have in common is Simon Leviev, the man behind the crime.

Simon Leviev, whose real name is Shimon Hayut, is an Israeli conman who is the subject of Netflix’s new documentary.

Hayut famously posed as Leviev the son of a diamond billionaire, in order to con women out of large sums of money.

He would allegedly use the money he got from other women to woo others with private-jet rides, luxury hotel stays, and other expensive presents in order to gain their trust before asking them for large sums with the promise of paying them back.

Did Shimon Hayut go to jail?

Over the years, Hayut has been in and out of jail but never for very long.

Hayut was “charged in Israel with theft, forgery and fraud in 2011 for cashing stolen checks, but fled before sentencing. He was convicted in Finland for defrauding women and was returned to Israel in 2017, but fled the country again,” The Times of Israel reported.

Two years later, in 2019, he was then imprisoned in Israel after pleading guilty to fraud charges but was released after serving five months of a 15-month sentence, reportedly due to a program that was meant to reduce the prison population because of the Covid-19 pandemic. 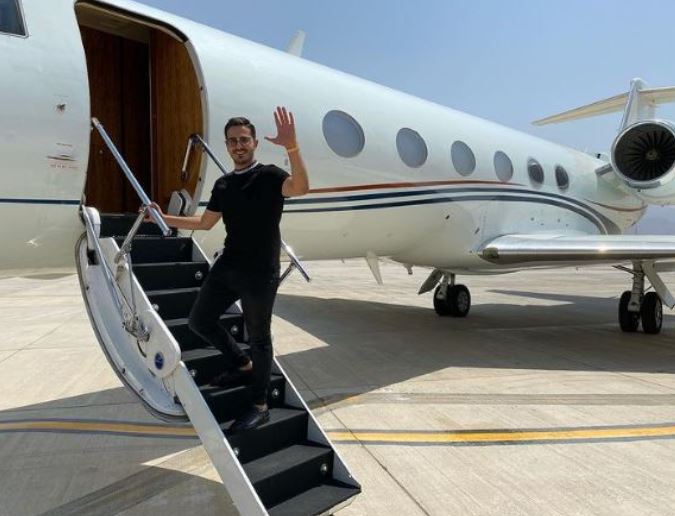 Who is in the Netflix documentary?

The Tinder Swindler is a Netflix true-crime documentary and is based on the real-life story of Cecilie Fjellhoy, Pernilla Sjoholm, and Ayleen Charlotte, all of whom claim to have been conned by Shimon Hayut.

The documentary features all three of Hayut’s alleged victims as they tell their stories of how a dating app made them lose fortunes.

Fjellhoy, had allegedly lost over $200,000 as a result of the scam while Sjoholm was swindled out of $45,000 in hopes Hayut would pay her back.

At this time, Hayut has not been charged for defrauding Fjellhoy, Sjoholm, or Charlotte.

“I think that it is incredibly hard for the women,” Felicity Morris, the film’s director, said, via Vanity Fair.

“Here’s a guy who’s really wronged them, and yet it appears from his Instagram now that he’s basically just living the same life as he did before. That’s why, with the film, we just wanted it to feel like a little bit of justice is being served by exposing him and saying, look, this is what he does. He can’t hide from that.”

Hayut was reportedly asked to be a part of the documentary but declined, telling the production team, “I will proceed with a lawsuit against you for defamation, lies and everything you have based basically on a lie, and that’s it,” according to Newsweek.