News Of The World star Helena Zengel says she “didn’t know” her new co-star Tom Hanks was “a big deal”.

The 12-year-old actor and Hanks star together in the new cowboy film, which was released on Netflix today (February 10).

Director Paul Greengrass said of the film: “News Of The World is set in a bitterly divided, dangerous world and it is a journey of discovery for both Captain Jefferson Kyle Kidd (Tom Hanks) and the girl, Johanna (Helena Zengel). Both characters are lost in different ways and are searching for belonging. That is what gives the journey tremendous emotional power. Kidd and Johanna have great adventures whilst overcoming great dangers, and ultimately, the film is about a journey towards redemption.” 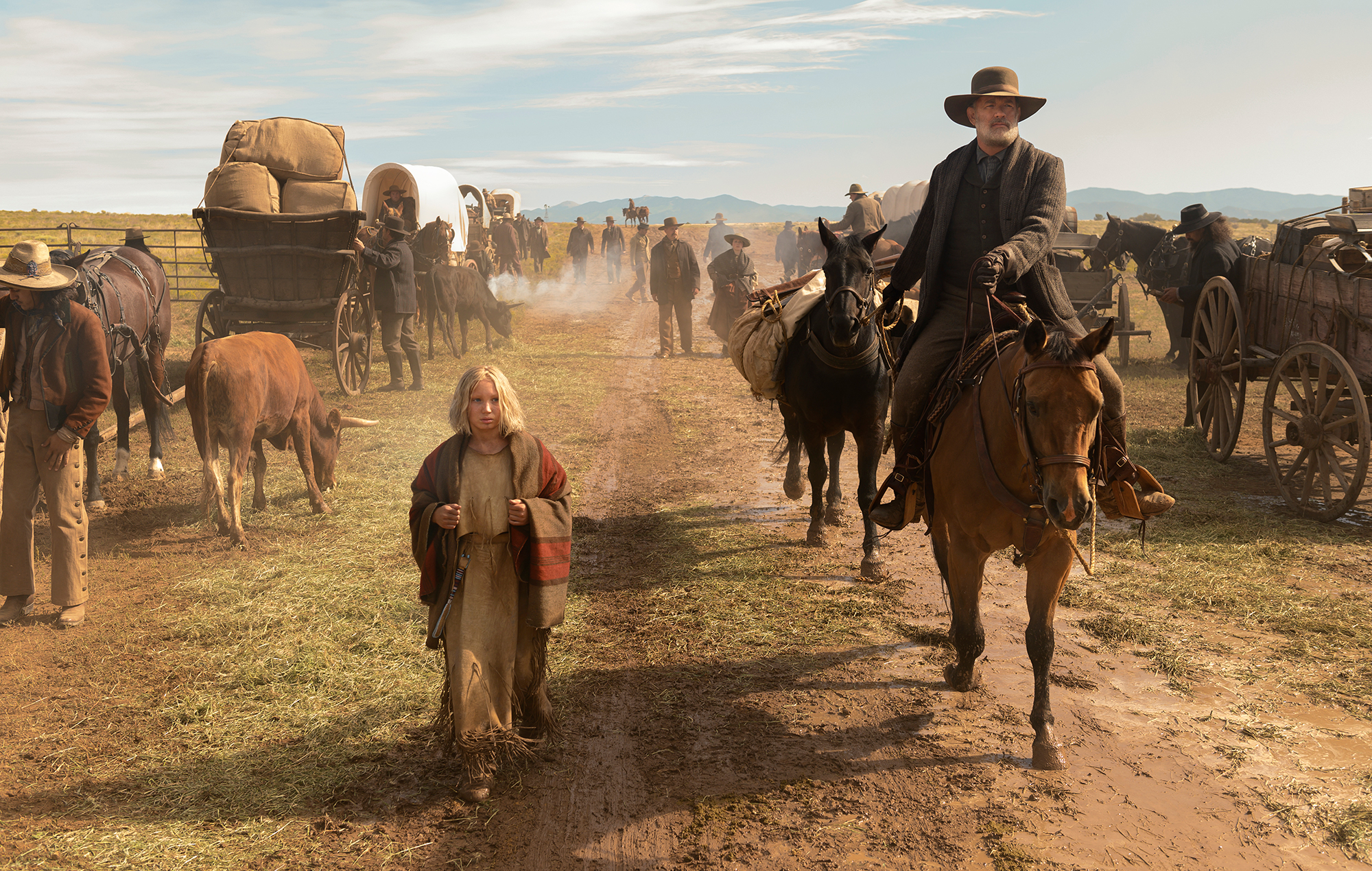 Helena Zengel and Tom Hanks in ‘News Of The World’. CREDIT: Netflix

In a new interview with the PA agency, Zengel said she was unaware of quite what a star her new colleague was, saying: “If you had said ‘Tom Hanks is in another movie’, I would have known he’s an actor and I knew he was a bigger deal than some other actors, but I didn’t quite know that he’s a real big deal.

“So, when I knew I was going to play the role, I knew he’s an actor, but then later on I learned he’s such a big actor and it was such an honour to work with him. He’s just great, he’s very nice and I was really impressed by him, he’s a gentleman.”

Reviewing the new film, NME wrote: “Though a lot of the movie is just walking and talking, riding and talking or just sitting and talking, News Of The World never feels boring. And when the action scenes do finally roll around, they’re more impactful for it.

“Greengrass is known for meticulously building tension in heart-stopping thrillers like Captain Phillips and The Bourne Supremacy, and here he delivers more of the same. His latest might not be as scandalous as its tabloid namesake – but it’s far more worthy of your time.”