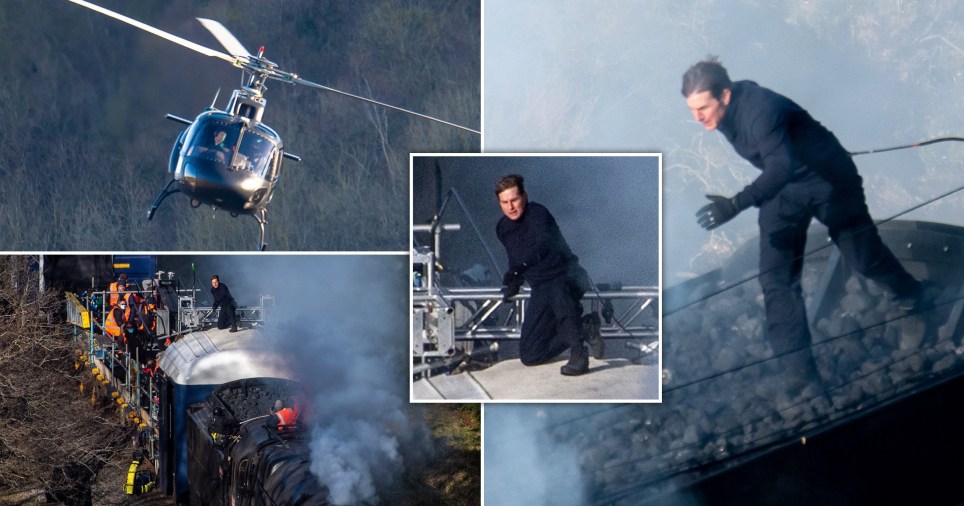 You cannot say Tom Cruise isn’t dedicated to his work, as he has once again put his body on the line to make sure Mission Impossible 7 looks as awesome as possible.

The actor, 58, was spotted on set in North York, UK, giving professional stuntmen a run for their money as he filmed an action-packed train scene for the next film.

Having leapt over boats, flown his own helicopter and given a small Yorkshire village a shock, Tom was spotted performing his next stunt, leaping between the carriage of a speeding train.

The star was attached to it by wires and bounded from a wagon onto the main steam train.

He was dressed in character as spy Ethan Hunt, wearing a black jumper and trousers with black gloves. A cameraman was positioned in front of him, wearing a face mask, capturing the Top Gun star’s every move. 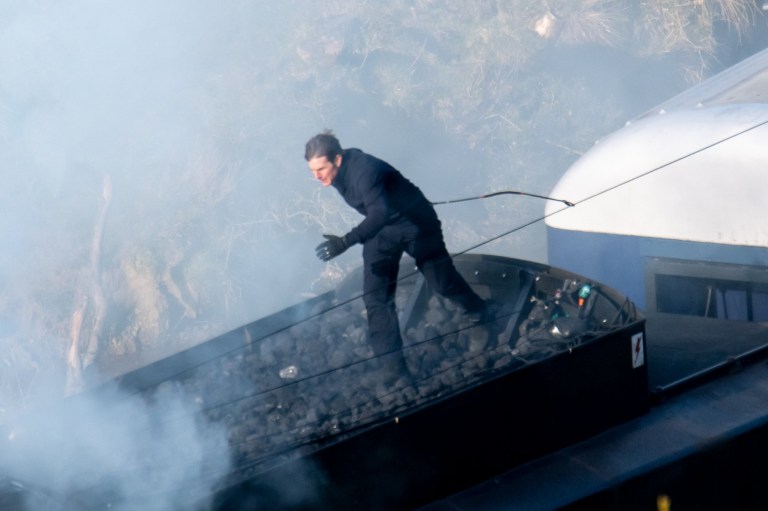 Tom was strapped to the train by wires for the stunt (Picture: Splash) 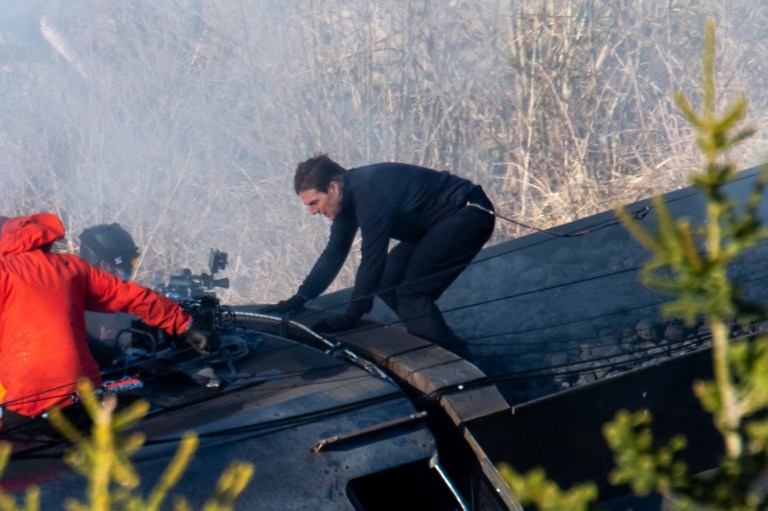 The actor is playing spy Ethan Hunt for the seventh time (Picture: Splash) 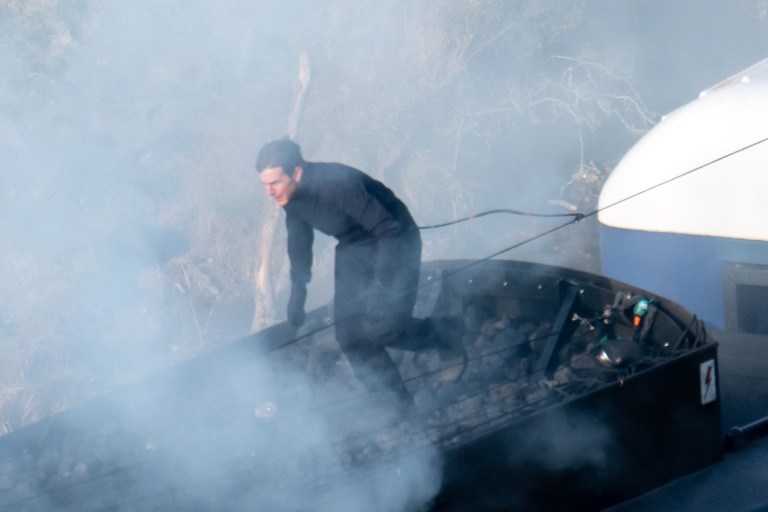 The star gets ready to make the leap between the carriages (Picture: Splash) 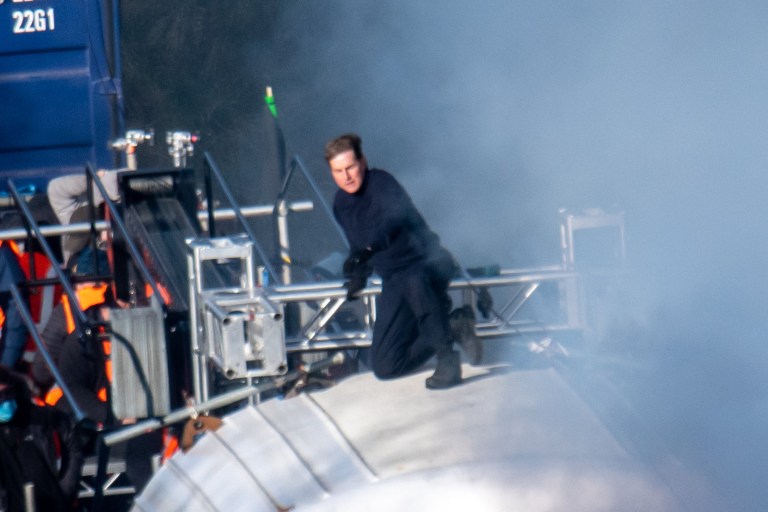 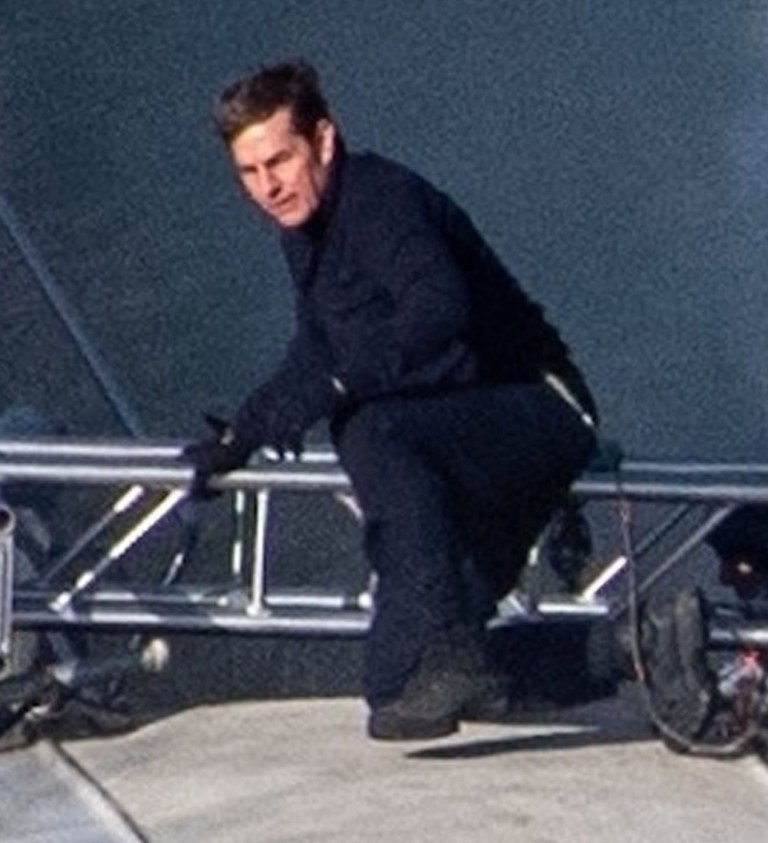 He’s not even breaking a sweat (Picture: Backgrid) 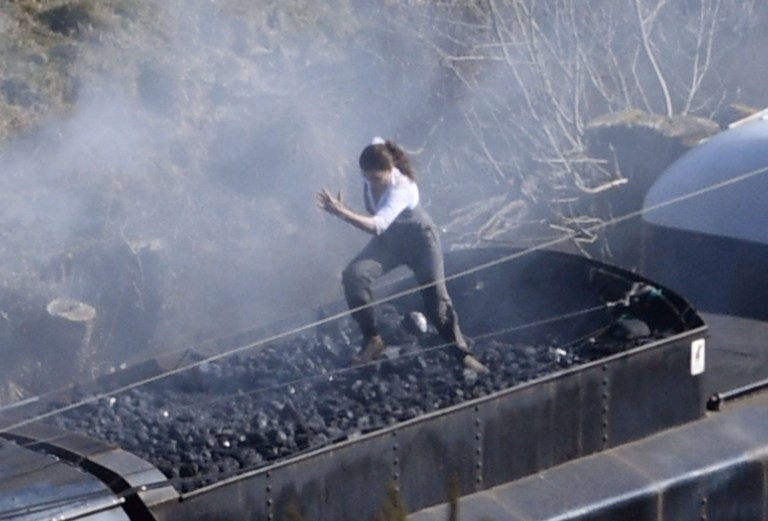 Hayley gamely gets involved in the action scenes (Picture: Backgrid) 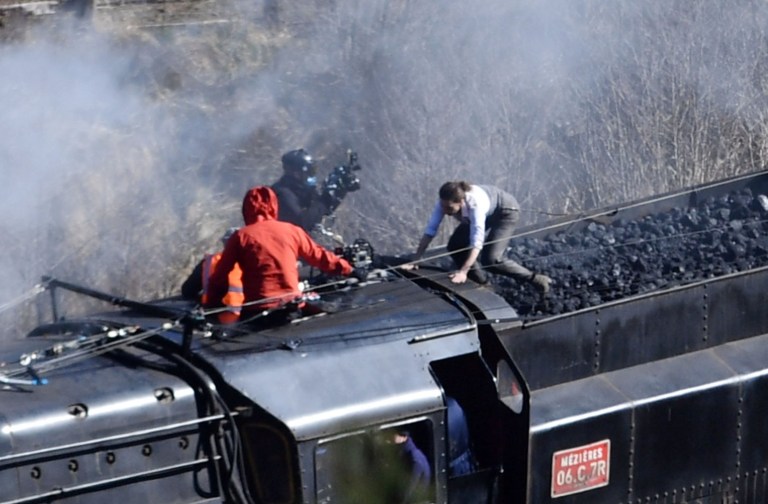 The actor gets her close-up (Picture: Backgrid) 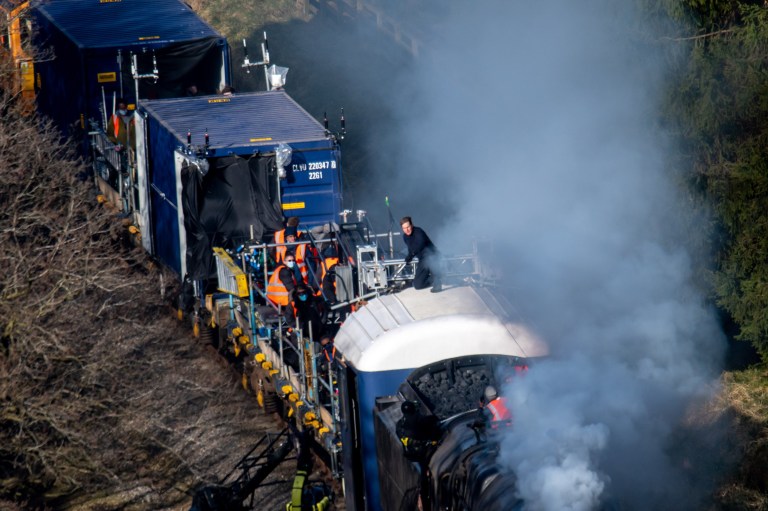 Steam from the train made the scene look even more impressive (Picture: Splash)

His co-star Hayley was filming alongside him and was seen darting along the top of the train behind him.

The setting looked all the more impressive as clouds of steam from the front of the train billowed out over Tom and the crew.

Of course this isn’t the first time the actor has decided to take on a risky stunt himself.

For Mission: Impossible – Ghost Protocol he famously scaled around the outside of the 829m high Burj Khalifa in Dubai, with Tom hanging 2,722 feet above the ground. 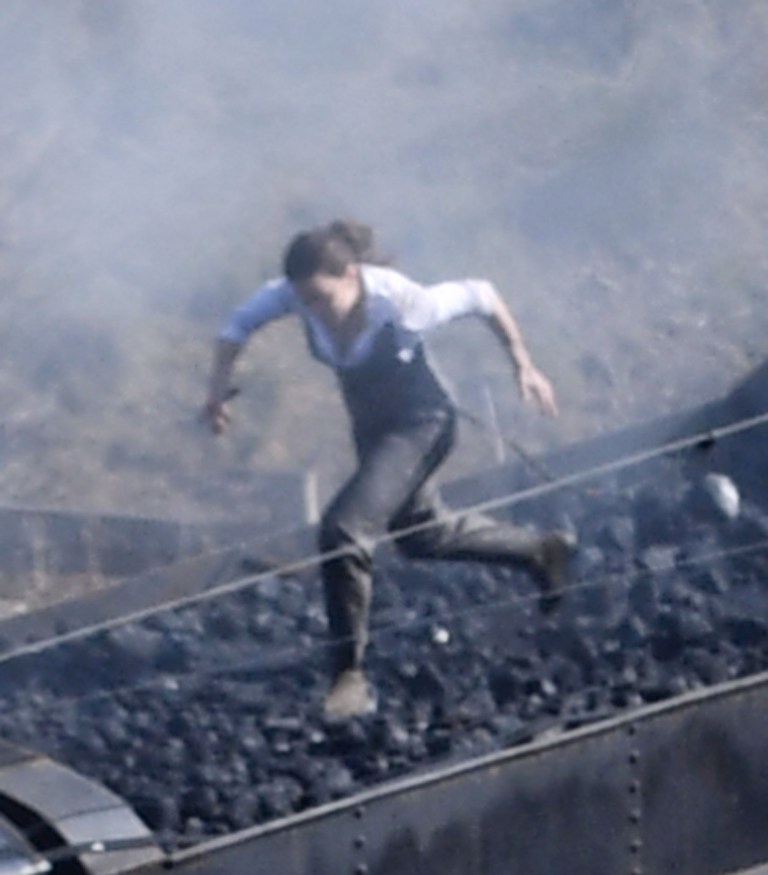 The actor was also running attached to wires (Picture: Backgrid)

In 2017 Tom broke his ankle after a Mission: Impossible – Fallout stunt went wrong, putting filming on hold while he recovered from his injury.

He has recently been seen shooting with co-star Hayley Atwell in various locations, including several high-octane scenes in Venice involving a chase along a canal.

As well as the Italy, cast and crew were previously sighted in Norway as filming resumed amid coronavirus restrictions, returning to Italy soon as they were allowed.