The Wonder Review: This thriller could win Florence Pugh an Oscar 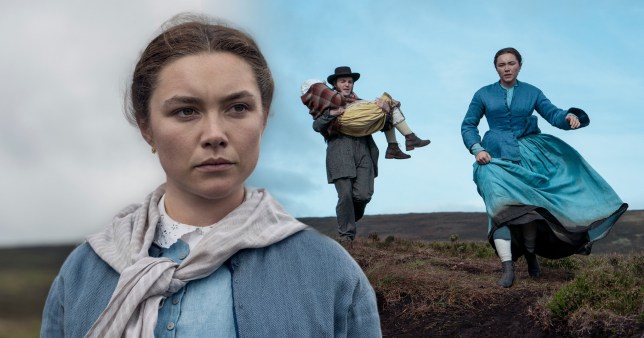 Pugh is reliably remarkable in this story of a strong-willed woman trying to do the right thing in a man’s world (Picture: Netflix)

Florence Pugh plays a nurse to be reckoned with in The Wonder, a classy period thriller.

The setting is rural Ireland, 1862, where Pugh’s character Lib is hired to watch over an adolescent girl, Anna (Kila Lord Cassidy), who apparently hasn’t eaten in four months.

Anna claims she is surviving on ‘manna from heaven’, and the religious community are hailing it a miracle.

Sceptical Yorkshire woman Lib is determined to find a more rational explanation, while also wrestling with her own private demons.

It’s an intriguing set up and the mystery of Anna’s condition deepens during her conversations with Lib.

As her patient’s health begins to falter, Lib finds herself fighting for the girl’s life: this may start at a gentle pace, but it has a dramatic and stirring conclusion. 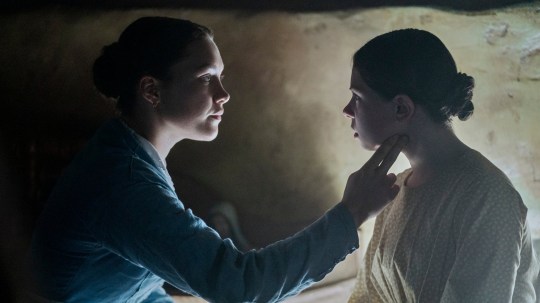 Watch out for stunning cinematography, and performances that seem destined to do well this awards season (Picture: Aidan Monaghan/NETFLIX)

Performances are terrific. Pugh is tremendous as a complex heroine whose daily life is fascinating, whether she’s wading through muddy fields in a frock or undertaking a poignant nightly ritual connected to her past.

Her character develops a lovely bond with Anna, who’s beautifully played by newcomer Cassidy (Cassidy’s own mother, Elaine Cassidy, plays her mum in the film). Meanwhile indie fave Tom Burke has an interesting role as a journalist who gets close to Lib, despite her reservations about his profession.

The Wonder comes from director Sebastián Lelio (Disobedience) and is based on a novel by Emma Donoghue, who wrote the Oscar-winner Room. It’s definitely one to watch this awards season, with stunning cinematography from Ari Wegner (The Power Of The Dog) and an impressive supporting cast including Toby Jones, Niamh Algar and Ciarán Hinds.

But it’s Pugh and Cassidy who are especially remarkable in this story of faith versus science, and a strong-willed woman trying to do the right thing in a man’s world.

Football news LIVE: Mbappe ‘desperately wants to leave PSG in January’, Diaz OUT until after World Cup, Mwepu to RETIRE