Former Doctor Who actor Peter Capaldi became a trending topic on Twitter after fans spotted him in the first trailer for The Suicide Squad.

Donning several bolts in his head and sporting a stern, no-nonsense expression, the Scottish star transformed into the role of The Thinker for the anticipated DC movie.

And with the 62-year-old seen alongside the likes of Margot Robbie, Idris Elba and John Cena in the trailer, his fans couldn’t help but rejoice over his well earned Hollywood moment.

One tweeted: ‘Peter Capaldi, you’re not in Doctor Who anymore’.

Another gushed: ‘Peter Capaldi in a Major Motion Picture. He’s even got a movie poster! #DoctorWho #TheSuicideSquad.’

A third wrote: ‘As far as I’m concerned, Peter Capaldi is still playing Malcolm Tucker in The Suicide Squad and that’s that.’ 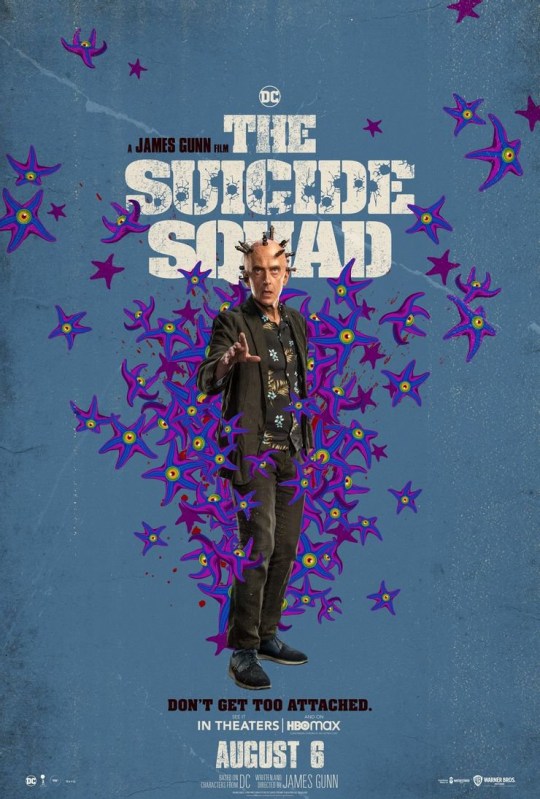 Fans couldn’t believe Peter also had his own poster for the movie (Picture: DC/WB)

Peter played the titular character in Doctor Who from 2008 to 2017, and his last acting credit was in the TV movie Martin’s Close in 2019.

The Suicide Squad’s director James Gunn announced that the actor would play the villainous role of The Thinker last year.

This image is what comic book films should be. Award winning national treasure Peter Capaldi with bolts in his head standing in front of Sylvester Stallone as a talking shark. This is *my* DC. Bring it on. pic.twitter.com/FkhXeCEfLz

The squad are heavily-armed and dropped off at the remote, enemy-infused island of Corto Maltese, with only Colonel Rick Flag on the ground to make them behave.

Director James recently teased some significant character deaths in the upcoming film, telling Empire that he has free reign to cause as much carnage as he likes.

The Suicide Squad is set to be released in theatres and HBO Max on August 6.