*WARNING: Spoilers for The Kissing Booth 3 below*

The Kissing Booth 3 has finally been released on Netflix, after what feels like an eternity of waiting.

The third instalment of the trilogy, starring Jacob Elordi, Joey King and Joel Courtney, dropped earlier today, with fans already tuning in in their droves.

We last saw Elle (Joey) and co in the Kissing Booth 2, which was released in 2020, where she struggled to balance her long-distance relationship with Noah (Jacob), her friendship with Lee (Joel) and a dance competition with Marco (Taylor Zakhar Perez).

The third film picks up right where that ended, with Elle attempting to decide between going to Harvard or Berkeley – resulting in a rollercoaster of crossed wires, break-ups, arguments and tears.

In the end, she decides to make her own way in life instead of listening to everyone else, heading to USC to pursue a career in video game design, leaving her best friend and boyfriend behind. 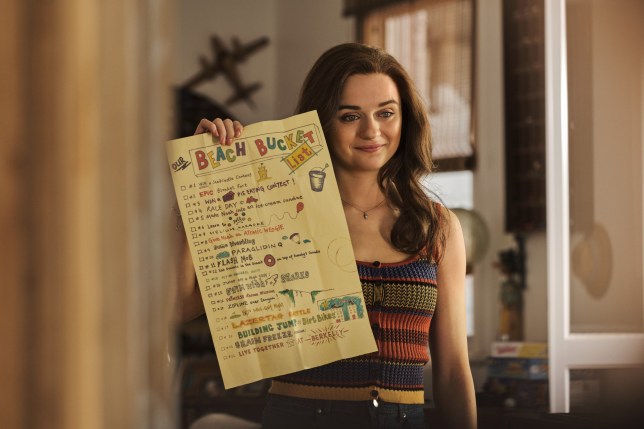 The Kissing Booth 3 has finally been released on Netflix (Picture: Netflix)

A six-year flash forward sees her soaring in her own career, with a snazzy new look, as she meets promising lawyer Noah once again, with the final scene showing them speeding around the streets on a motorcycle ride.

But with their relationship open to interpretation, some have been left a little cold by the conclusion.

Flocking to discuss The Kissing Booth 3 on Twitter, an unimpressed fan fumed: ‘THE MOST DISAPPOINTING END EVER!! #kissingbooth3.’

‘I waited a freaking year for this movie to be out and THAT’S the ending? I’m not even sure I’ll watch it today. I’m so mad why would they do that #KissingBooth3,’ a follower shared. 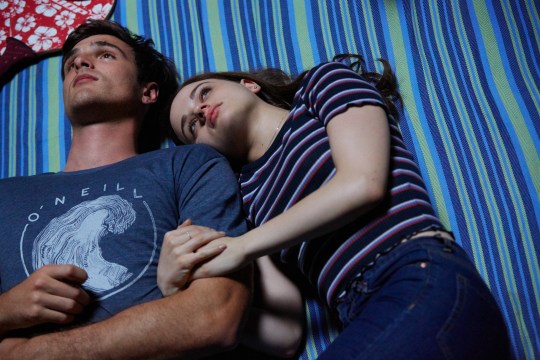 Did Elle and Noah get back together at the end? (Picture: Netflix) 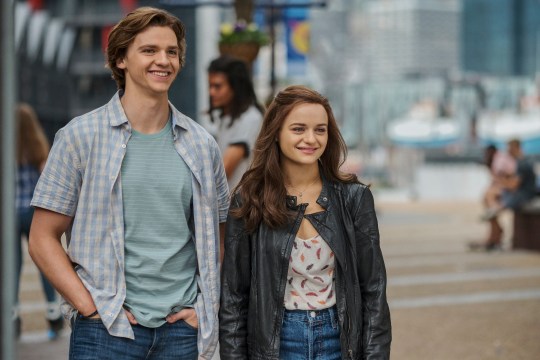 ‘I’m happy for them for finally sorted things out and know what’s best for them,’ another said.

‘Especially Elle, I’m super glad you’ve found what you really wanted to. But I’m not happy with the ending, I wanted Noah and Elle to end together.’

Elle not ending up with any of the boys, that’s the best ending! I’m so happy for Elle to finally realized and choose herself first.#KissingBooth3

I don’t know but I really liked the ending of #KissingBooth3. It was the only way to end the show and it’s really good.

I waited a freaking year for this movie to be out and THAT’S the ending? I’m not even sure I’ll watch it today. I’m so mad why would they do that#KissingBooth3

However, others were delighted at Elle for finally putting herself first, and praised producers for sharing such a positive message.

‘Always choose yourself. What a great lesson to end it,’ a Twitter user cheered. ‘Congrats to everyone, I will surely miss this movie. KB will always have a special place in my heart @JoeyKing, @Joel_Courtney, #KissingBooth3.’

‘I don’t know but I really liked the ending of #KissingBooth3. It was the only way to end the show and it’s really good,’ a viewer posted.

One added: ‘She chose herself in the end! Such an inspiration! #Elle #TeamNoah #KissingBooth3.’

The Kissing Booth 3 is available to stream on Netflix now. 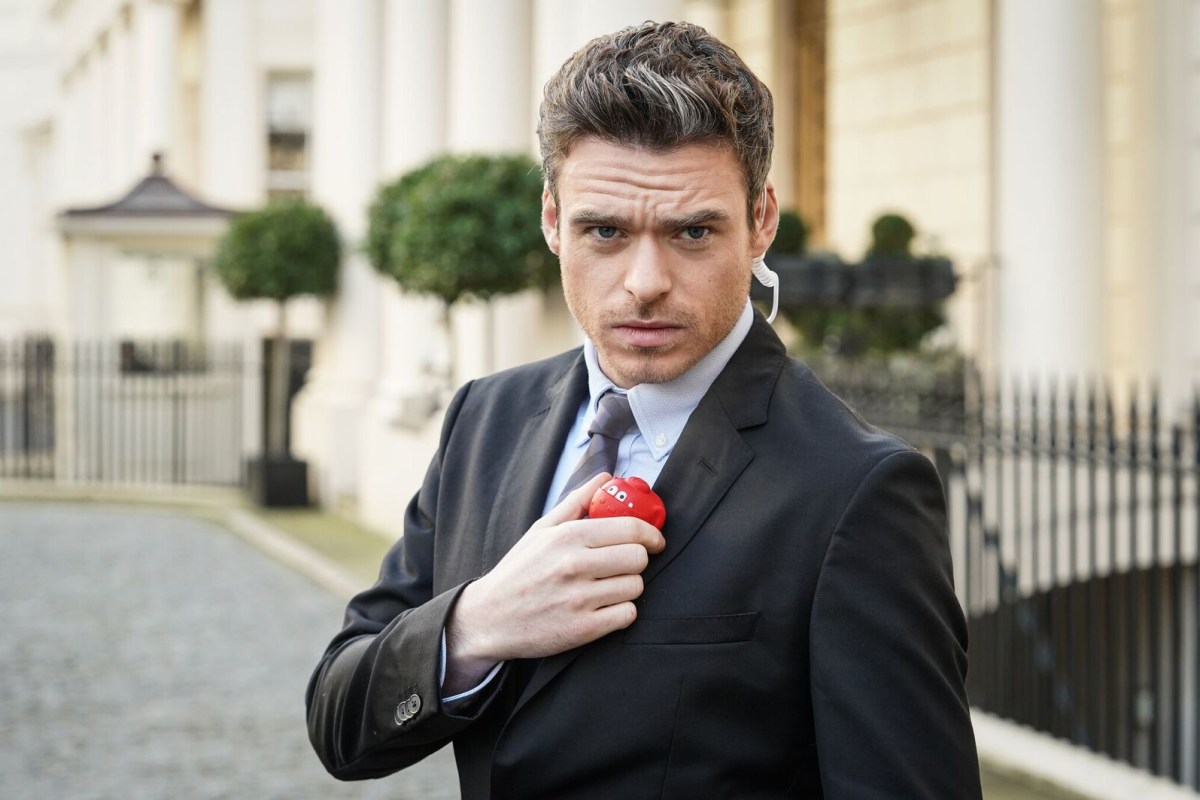 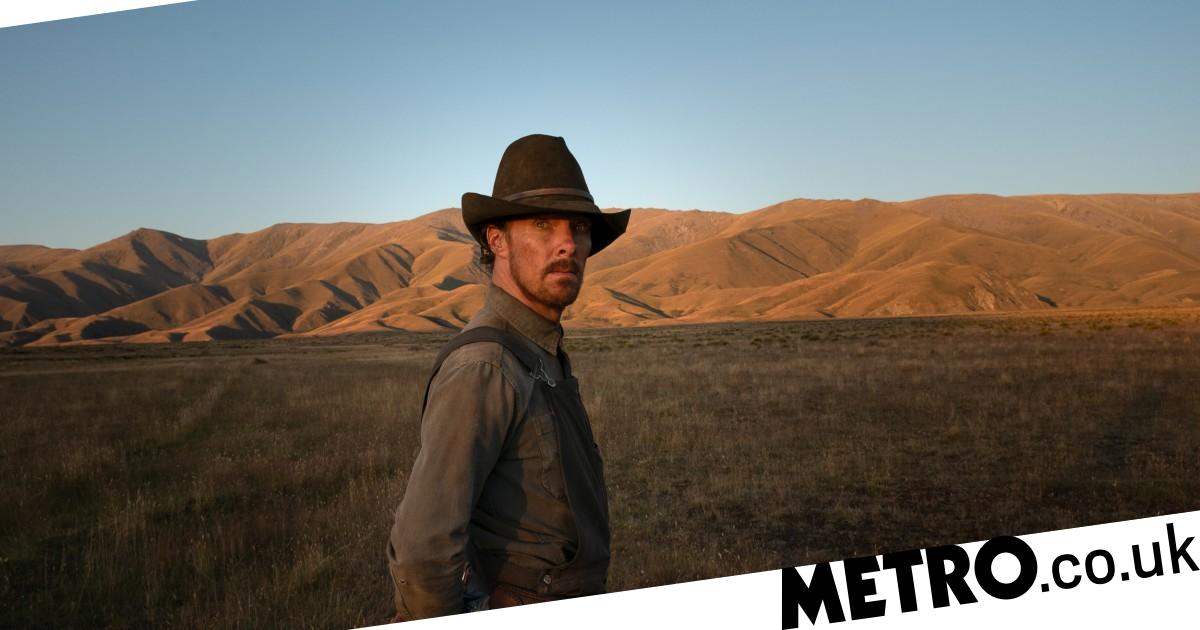