HORROR fans have been left ‘screaming and shaking’ after The Conjuring: The Devil Made Me Do It dropped its first trailer.

Patrick Wilson and Vera Farmiga are reprising their roles as paranormal investigators and authors Ed and Lorraine Warren, and the trailer looks set to provide fans of the franchise with plenty of shocks and scares.

A young man is seen walking by the side of the road covered in blood, before being charged with a murder he doesn’t believe he committed.

His loved ones also think whatever happened that day wasn’t him, and soon Vera tells him his family could have been cursed.

At one point, a young boy is seen lying on a water bed before a hand bursts through and grabs him.

The new film is called The Conjuring: The Devil Made Me Do It

Then Vera is seen discovering that “something terrible” happened in the woods.

The sequences then build up in the trailer, leaving fans shaking by the end.

Another added: “This looks like the scariest Conjuring movie yet! Reminds me of The Exorcist! Ed better save Lorraine from falling off that high cliff to death!” 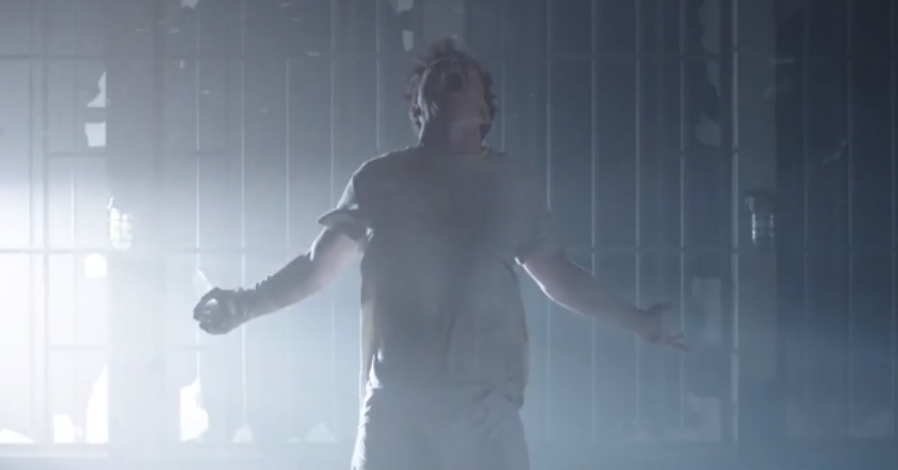 Meanwhile a fourth wrote: “HOLY S**T THIS IS AMAZING. it looks so good! And terrifying! YES!”

The Conjuring: The Devil Made Me Do It, will be in theaters and on HBOMax from June 4.