Lee was making an acceptance speech at the New York Film Critics Awards yesterday (24 January), with his message pre-recorded on January 6, the day a mob of pro-Trump supporters rioted at the US Capitol building.

Winning an award for his 2020 short film New York New York, which was filmed during the coronavirus pandemic, Lee reflected on the riot and said the country needed to come together at the “crossroads” they find themselves at.

“It’s a very sad day in the history of America,” the director said. “We’re at the crossroads now… and everybody please be safe. This is not a game…

“This president Agent Orange will go down in history with the likes of Hitler,” he added, saying that those who supported Trump in his claims of election fraud will be “on the wrong side of history”. 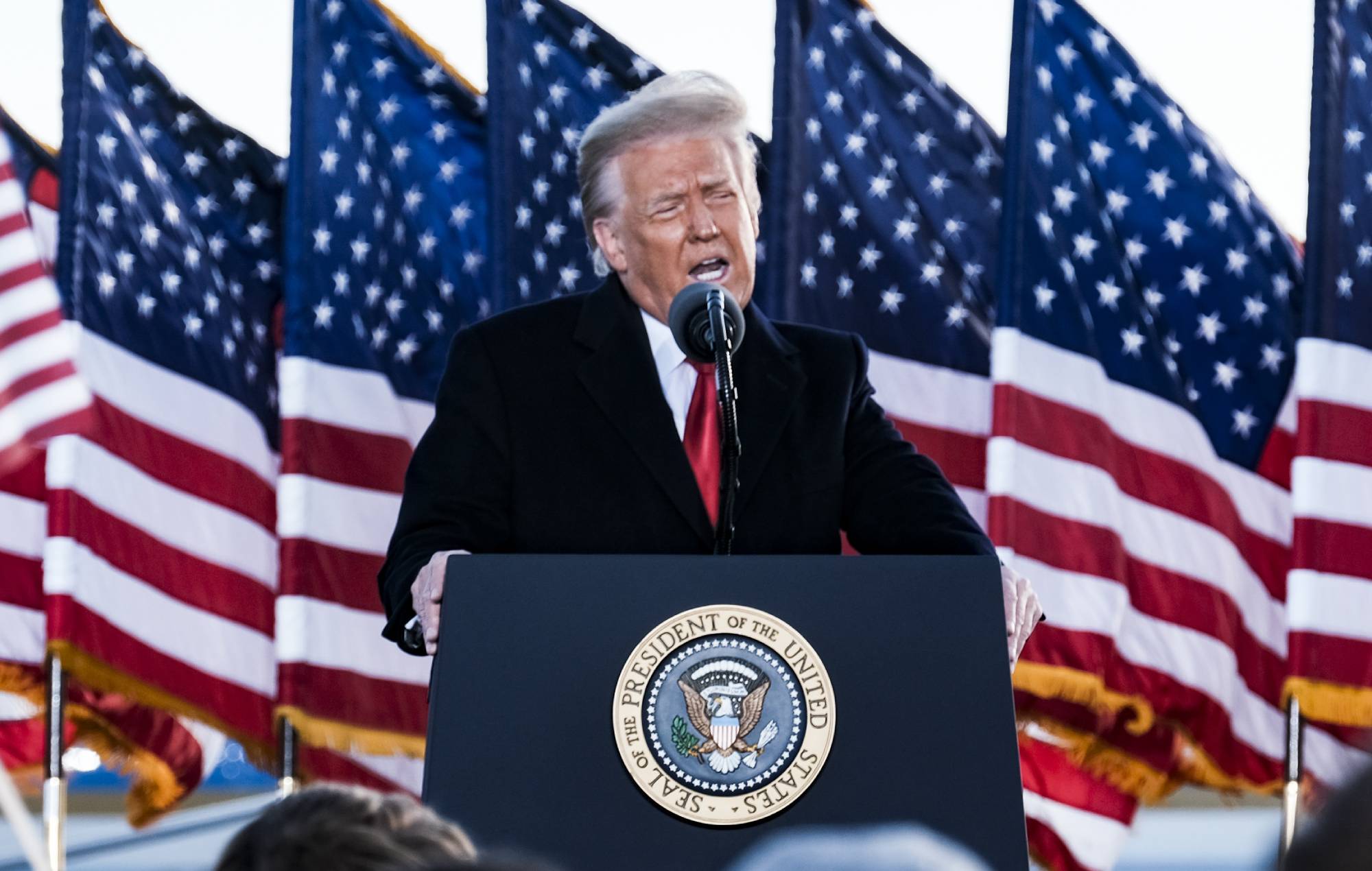 Donald Trump addressing his supporters for the last time as president. (Picture: Getty)

In the wake of Joe Biden’s victory in the November election, Spike Lee was famously spotted starting a dance party and popping champagne in the streets of New York.

In a recent interview, Lee spoke of Trump’s legacy to Deadline: No matter how bad we talk about Agent Orange [Trump], it’s even a more condemning comment on Americans as a country that 70 million people voted for this guy,” he said.

“That’s a comment on an America that is OK with the president saying all Mexicans are rapists, murderers and drug dealers. That’s 70 million people who believe it’s OK if you separate mothers from their newly born sons and daughters, many still breastfeeding.”

Elsewhere, System Of A Down frontman Serj Tankian has been another criticising Trump for his actions before leaving office. “Never seen a president suck so much cock,” he said, in response to one of Trump’s last acts as president being to grant Turkey legal rights over indigenous property in the region, which includes the singer’s native Armenia.