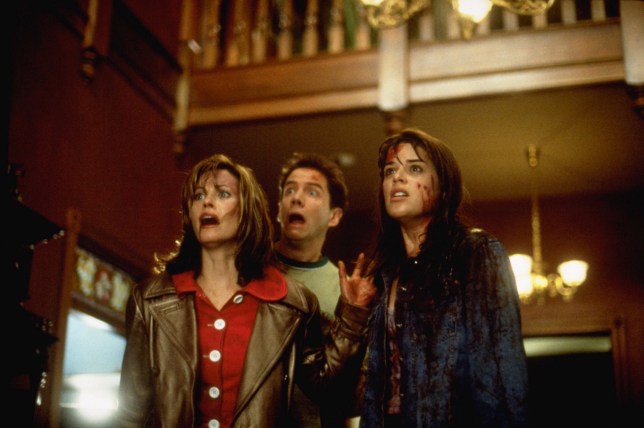 Even the cast and crew are in the dark about how Scream 5 will end as producers have written and filmed multiple endings and scripts to avoid spoiler leaks.

The fifth installment of the iconic horror franchise will see Neve Campbell, Courteney Cox and David Arquette reprise their roles as the golden trio trying to escape the clutches of the murderous Ghostface.

With fans hugely anticipating the return of Scream after 10 years, producers are keen not to ruin the thrills and surprises before it even hits cinema screens (hopefully) next year.

According to Bloody Disgusting, there are multiple versions of the screenplay while the cast have also filmed alternate endings so know one really knows how it’s going to end.

The move is said to be inspired by the scandal surrounding Scream 2 in 1997, which saw Kevin Williamson’s draft leak beforehand forcing last minute changes to the film’s grand finale.

Scream 5, as it has been dubbed by fans although just officially titled Scream, will be directed by Matt Bettinelli-Olpin and Tyler Gillett who are best known for helming the brilliant horror comedy Ready Or Not and V/H/S.

Little is known about the upcoming sequel’s plot but we know Sidney Prescott (Campbell), Gale Weathers (Cox) and Dewey Riley (Arquette) will be back on-screen like it’s 1996 again.

The cast and crew incredibly managed to get around the coronavirus pandemic restrictions to shoot the sequel last year, and filming wrapped up in November.

Announcing the completion, the official Scream Series account posted at the time: ‘Filming has officially wrapped on the new ‘SCREAM’ movie.’

The tweet also confirmed when the movie will hit the big screen, adding: ‘The film is expected to be released in theatres on January 14, 2022. #SCREAM5.’

Jack Quaid, Jenna Ortega and Dylan Minnette are among the stars joining original stars Neve, Courteney and David in the movie, while Selena Gomez has also been rumoured to be making an appearance.

Following the death of original Scream director Wes Craven, the fifth movie will be directed by Matt Bettinelli-Olpin (who previously worked on Ready or Not) and Tyler Gillett.