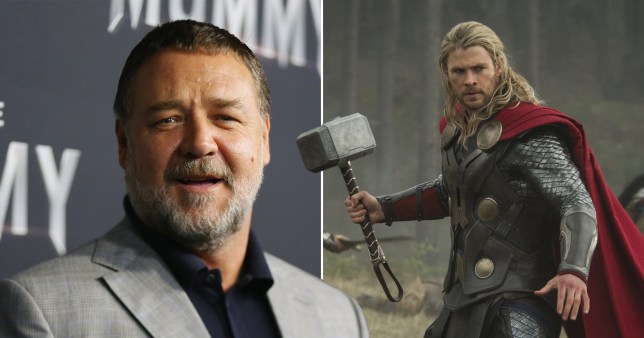 Russell Crowe has revealed who he is playing in Thor: Love and Thunder – and it’s pretty impressive.

The 57-year-old was confirmed to be starring in the upcoming Marvel film after he was spotted hanging out with the cast and crew in Australia, but just who he would be playing was kept under wraps.

That is, until now, as Russell has joined in on the grand MCU star tradition, created by Mark Ruffalo and Tom Holland, of letting slip major details while speaking to the press.

The actor was speaking on Aussie radio station Joy 94.9 when he said: ‘I’m gonna ride up to Disney Fox studios, and round about 9:15, I shall be Zeus. It’s for Thor.

‘It’s my last day of Zeus-ing about and I’m going to enjoy it.’

Yep, Russell is playing the Greek god of sky and thunder, and while it’s believed that his is only a small cameo role, the news opens up big possibilities for the future of the MCU. 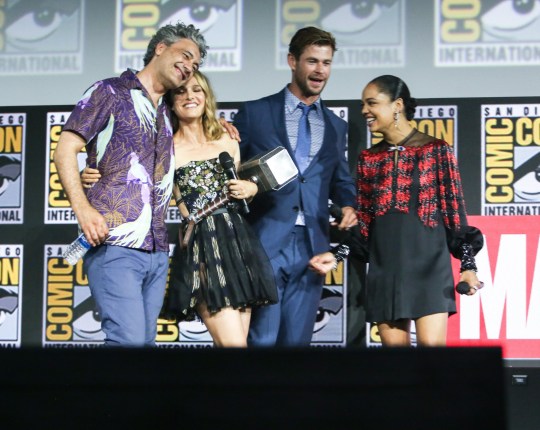 The Marvel comics feature not only the Norse gods like Thor and Loki, but Greek gods too, and Russell’s comments could mean that the MCU plans on introducing the Olympians to the world.

Fans are suggesting that Zeus’s sons Hercules and Ares could make an appearance down the line alongside their father.

While Zeus’s inclusion has yet to be confirmed by the big Marvel bosses, we do have some details set in stone when it comes to Love and Thunder, which is being directed by Taika Waititi, who was previously at the helm for Thor: Ragnarok.

Chris Hemsworth is returning as Thor, with Tessa Thompson back as Valkrie and Natalie Portman returning as Jane Foster.

Christian Bale has joined the cast as villain Gorr the God Butcher, and Jeff Goldblum is back to play Grandmaster.

Chris Pratt, Pom Klementieff, Dave Bautista and Karen Gillan will also be part of the film as the Guardians of the Galaxy Star-Lord, Mantis, Drax the Destroyer and Nebula.

Love and Thunder is intended to be a direct sequel to 2017’s Ragnarok, which was praised for its humorous take on a Marvel movie.

Thor: Love and Thunder is set for release in May 2022.