Ruby Rose recalled the wild moment an extra on the SAS: Red Notice set showed off their loaded gun.

The Orange Is The New Black actress stars as Grace Lewis in the action flick, alongside Sam Heughan, Andy Serkis and Noel Clarke.

The drama kicks off from the very first second, as Tom Buckingham (Sam) goes up against criminals who hijack a train under the English channel.

Lifting the lid on the intense scenes in a chat with Metro.co.uk, Ruby revealed an extra on a location shoot missed the memo about bringing blank bullets to the set.

‘We had some moments that were interesting,’ she laughed. ‘We had a couple of issues with some guns and some live ammunition by some of the extras that came locally and didn’t know that they… 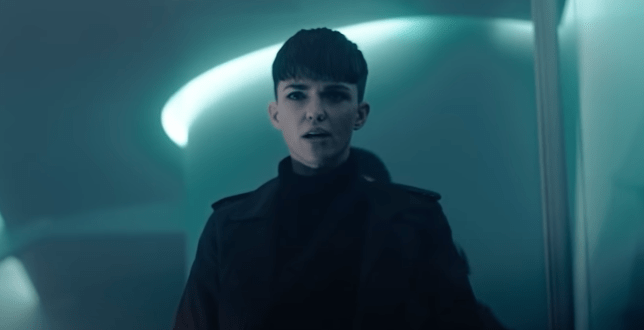 ‘Well they weren’t actors, it was like, we need to get some extras, if you have a gun, that’s great.

‘They didn’t bring blanks, they didn’t want to use the blanks. I saw this guy and I said, “Well, how long have you acting? [He said] “I’m not an actor, I saw the ad to come and if you have a gun”.

Not an ideal situation… 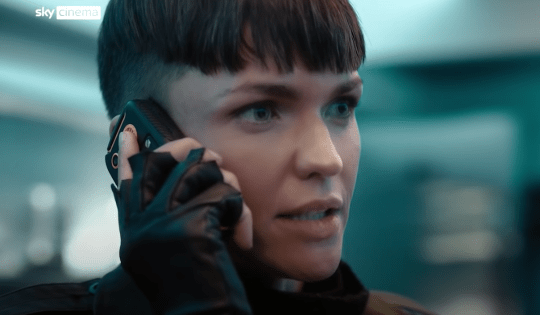 Ruby had her fair share of action on set of the action flick (Picture: Sky Cinema)

‘Everyone was shocked, obviously, and went and talked to him. It was all fine,’ Ruby continued.

‘But he just didn’t know. He was like, “I’m a really good shot, I’d never shoot anyone!”

‘But we had such a good time, the action was fun, and in between bits, we’d all just end up laughing because we had to take each other so seriously, Sam and I, throughout. It was very fun.’

Aside from the loaded guns, Ruby and Sam had to focus on their own stunts, and had to go through a lot of training to make sure they were safe on set.

Speaking about the action moments on screen, she told us: ‘We did a lot of training with stunt doubles and then Sam and I would train together on our action stuff.

‘Most of it was super comfortable, and then you’d get to the location and suddenly it’s snowing and it’s slippery, there’d be different situations there.

‘Nothing that I read or saw we were going to do that I went, that seems like I couldn’t do it.

‘I felt pretty confident in going into that role as far as the physicality stuff.’

Fans will finally get a glimpse of Ruby and Sam in action when SAS: Red Notice arrives on Sky Cinema this week.

SAS: Red Notice is available only on Sky Cinema from March 12.

What is Venom about?