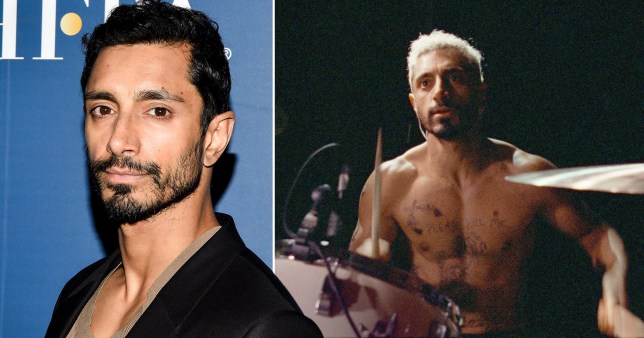 When I last met actor and musician Riz Ahmed, he was about to tour with his latest Riz MC album, The Long Goodbye. Then the first pandemic-induced lockdown happened.

Gigs were cancelled and he had to launch online, with Instagram chats and livestream shows.

This is typical of optimistic spirit embodied by the 38-year-old Wembley native.

‘It was tough, but a lot of people lost a lot more,’ he reasons, when we catch up over Zoom a year on. ‘Sometimes the challenges can be the gifts… gaining new connections to new people – and a deeper connection to yourself.’

For all the difficulties, Ahmed’s career is rocketing. Mogul Mowgli, a film he produced and starred in, was greeted with huge acclaim last October. And his new film, Sound Of Metal, has seen him become the first ever Muslim nominated for best actor in a leading role at the Oscars.

He plays Ruben, a heavy metal drummer whose life is thrown into turmoil when he loses his hearing.

‘I just want people to see the tremendous work Darius Marder, the writer-director, did against the odds,’ he says modestly when pondering the glare of awards season. (The film has had Golden Globe and Bafta nods too.)

‘I want them to see what my co-star Paul Raci [who plays Ruben’s counsellor] has done – anything that gets more of a spotlight on this film, which honestly just means so much to me. I think audiences will have their hearts and minds open up, just like we did from making it.’

If this sounds like actor hyperbole, it’s not. The film has been nominated for six Oscars in total, including best picture, best supporting actor for Raci, and best sound – crucially putting viewers inside Ruben’s head as he struggles to adjust.

It took a ‘daunting’ amount of preparation for Ahmed, who learnt to play the drums and communicate in sign language.

‘I just started to understand what a rich and beautiful culture deaf culture is,’ he says. ‘And it’s not a disability, it’s a culture.’

He wants to see more deaf actors on screen, like his co-star Lauren Ridloff (The Walking Dead).

‘I think there’s immense talent in all kinds of differently abled communities that we’re missing out on, and it’s our loss,’ he says. ‘Deaf actors aren’t talented despite the deafness – it’s because of their deafness that they can offer something unique and rich to our screens that hearing actors cannot. I think the deaf community taught me what listening is.’

After Mogul Mowgli – which also saw him play a musician struck by illness – are these the closest characters Ahmed’s ever played to himself?

‘I guess I can relate to this idea of your creativity being your obsession or your passion, and always feeling restless and always being on the go,’ he says. ‘And I can relate to how scary it would feel to have that taken away, particularly with the pandemic.’ 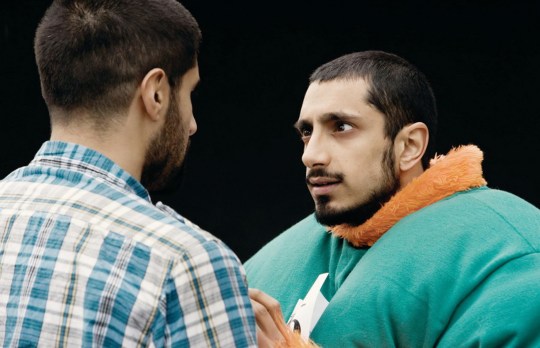 The actor had his big break in 2010 dark comedy Four Lions (Picture: Warp/Kobal/REX)

Music has been a huge part of his life right back to his teens, when he appeared on pirate radio engaging in freestyle rap battles. His debut LP, Microscope, came out in 2011, though it’s not been easy balancing hip hop with a Hollywood career, with roles in Venom and Star Wars spin-off Rogue One along the way.

‘It can also be really tricky doing justice to things,’ he says. ‘You have to be quite disciplined about your head space.’

It’s all put him in reflective mood.

‘Maybe, if I’m lucky, I’m at the halfway point of my career,’ he says. ‘The things you were chasing as a younger person, you don’t chase any more. You see they
might be slightly hollow or shallow, things like fame or applause. And you start kind of going inside a little bit – in a positive way, hopefully – and working through quite fundamental questions like “Why am I doing this? Who am I doing it for?”’

All of this introspection comes at a time when Ahmed married his partner, American author Fatima Farheen Mirza (A Place For Us), whom he met randomly in a café when he was preparing for Sound Of Metal.

Due to the pandemic, many friends and family could only watch their wedding virtually but their union is another reason why Sound Of Metal will always have
a special place in his heart. As Ahmed says: ‘It just brought a lot of goodness into my life.’

Sound Of Metal is on Amazon Prime Video from April 12 and will be in cinemas from Monday.

Bridget Jones: Sally Phillips had no idea who actor Colin Firth was