A formal investigation into Will Smith slapping Chris Rock at the Oscars has officially launched.

The 53-year-old actor shocked the audience when he stormed on stage and smacked Rock, 57, across the face after the comedian made a joke about his wife Jada Pinkett Smith.

A short while later, Smith won best actor for his performance in King Richard.

On Monday, a spokesperson for the Academy of Motion Picture Arts and Sciences confirmed they would be looking into the matter further.

A statement obtained by The Hollywood Reporter said: ‘The Academy condemns the actions of Mr Smith at last night’s show.

‘We have officially started a formal review around the incident and will explore further action and consequences in accordance with our Bylaws, Standards of Conduct and California law.’ 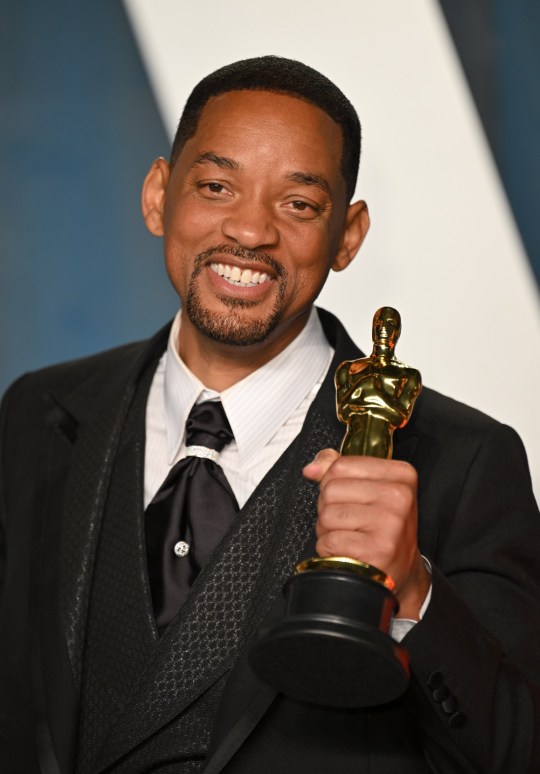 According to the publication, the incident is likely to be fully addressed at the next proper meeting of the Academy’s board of governors. It’s typical that the first gathering after the Oscars analyses and addresses issues that arose during the ceremony in hopes of improving for the next instalment.

There are calls for Smith to lose his best actor award, which is the first Oscar of his career despite previous nominations, but THR says it is more likely he will have his Academy membership suspended rather than his award revoked.

The View host Whoopi Goldberg, who is an Academy member and is a past Oscar-winner, stated: ‘We’re not going to take that Oscar from him,’ but predicted there ‘will be consequences’. 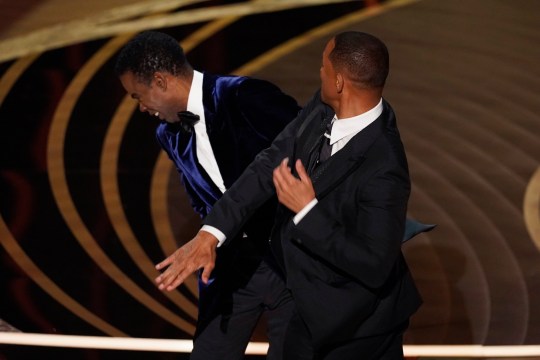 The Academy has said it ‘condemns the actions of Mr Smith’ (Picture: Invision/AP)

Oscars showrunner Will Packer has also addressed the events, first tweeting: ‘Welp… I said it wouldn’t be boring #Oscars,’ before adding: ‘Black people have a defiant spirit of laughter when it comes to dealing with pain because there has been so much of it. I don’t feel the need to elucidate that for you.

‘But I also don’t mind being transparent and say that this was a very painful moment for me. On many levels.’

During the prestigious awards ceremony on Sunday, Rock appeared on stage to present the award for best documentary.

Taking aim at Jada, 50, the Everybody Hates Chris creator referred to the actress as ‘G.I. Jane’ in reference to her shaved hairstyle. 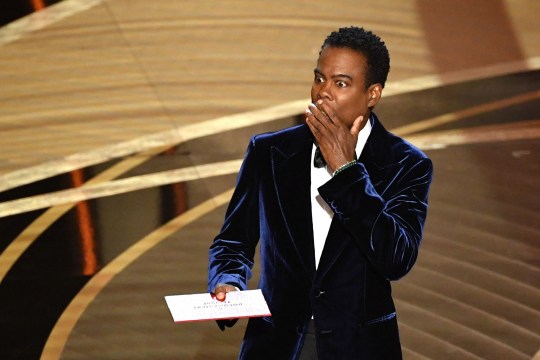 Rock was clearly stunned by the slap but continued presenting the award anyway (Picture: AFP via Getty Images)

However, it is well known that Jada suffers from hair loss condition alopecia, and it’s believed this is what left Smith irate.

After slapping Rock across the face, Smith stomped back to his seat and shouted from the audience twice: ‘Keep my wife’s name out of your f***ing mouth.’

Rock was visibly taken aback by the exchange but continued on with presenting the award segment, winning applause from viewers.

During his acceptance speech later in the show, Smith tearfully apologised to the Academy and his fellow actors in the audience, but did not offer an apology to Rock. 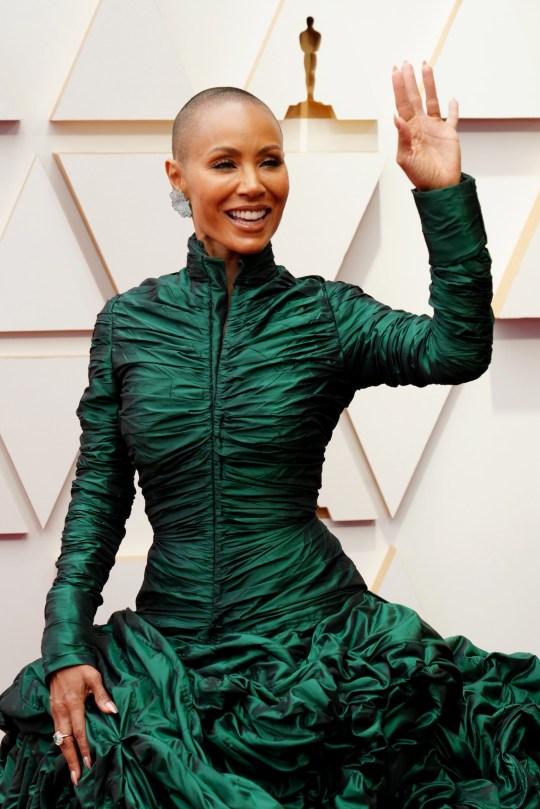 He said: ‘Love will make you do crazy things’.

The Los Angeles Police Department later confirmed that Rock had decided not to file a report against Smith, but that they would open a case should he change his mind and do so in the future.

Rock has not been seen or spoken out since the jaw-dropping incident, which has been described as one of the ‘ugliest’ moments in the history of the Oscars. However, a friend close to the stand-up comic told TMZ that Rock was ‘shaken’ and ‘bewildered’ after the attack but still attended an Oscars after-party to try and enjoy the rest of the night.