Oscars 2022 will recognise most popular film of 2021, voted by Twitter


The public’s opinion is being sought at this year’s Oscars! (Pictures: AP/Getty/Metro Goldwyn Mayer/Sony Pictures)

The 2022 Oscars will give recognition to fans’ favourite film of the year, allowing them to cast votes for their chosen movie before announcing the winner during the awards broadcast on March 27.

According to The Hollywood Reporter, Twitter users will be able to vote for their favourite films released in 2021 – regardless of if they have already been nominated for any Academy Awards – from today, February 14.

To cast votes, fans must use the hashtag #OscarsFanFavorite, and the film that tots up the most votes by March 3 will be recognised during the 94th Annual Academy Awards ceremony later that month.

There’s some additional film magic in play too as three Twitter users who cast their votes this year will be selected at random to attend 2023’s ceremony, along with guests, and present an actual Oscar award.

The trip to Los Angeles, by the way, is of course all-expenses-paid. 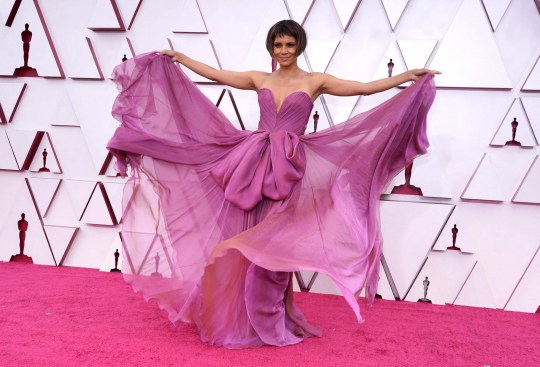 You too could swish your dress at next year’s Academy Awards! (Picture: AFP via Getty Images)

It should be noted that the fan favourite category is not a formal Oscars category, but it gives viewers and movie buffs the chance to share their love and passion for certain films with those behind it at the pinnacle event of awards season.

This could pave the way to see Spider-Man: No Way Home, No Time To Die or other blockbusters awarded greater recognition at the Oscars, after the Academy scrapped plans to introduce an official most popular film category in 2019.

This year’s nominations saw Netflix’s The Power of the Dog triumph with 12 nominations, while Dune earned 10 nods and West Side Story and Belfast seven each.

That, however, is not all, as the formal partnership between Twitter and the Academy includes another fan vote opportunity, this time for their favourite scene from a 2021 film. 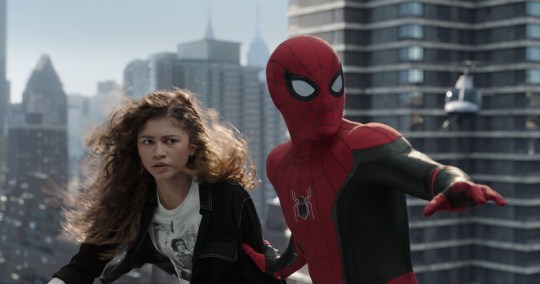 Spider-Man: No Way Home was one of the biggest films of the past year, but received just one Oscar nomination (Picture: Sony Pictures)

The hashtag for this is #OscarsCheerMoment, and winning scenes will be broadcast at the ceremony, alongside tweets from fans, and five Twitter users who vote in this category will receive prize packages which include a year of free cinema tickets, streaming subscriptions and swanky Academy Museum merch.

Important rules information: For both Twitter voting campaigns, users can tweet up to 20 submissions a day – so you can spread the love between several of your favourite films released in 2021 (and be grateful you’re not counting the votes).

‘We’re thrilled to partner with Twitter to help build an engaged and excited digital audience leading up to this year’s ceremony,’ Meryl Johnson, VP digital marketing at the Academy of Motion Picture Arts and Sciences, said in a statement to the publication. 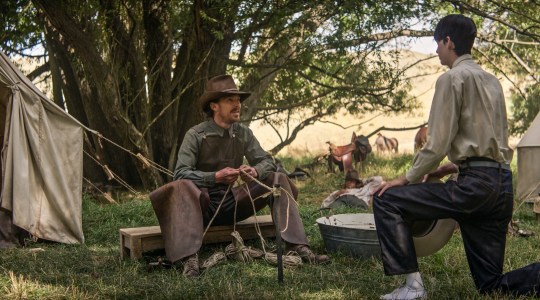 The Power of the Dog got 2022’s highest haul of nominations, with individual awards recognition for all of its main actors too, including Benedict Cumberbatch and Kodi Smit-McPhee (Picture: Netflix)

Sarah Rosen, Twitter’s head of U.S. entertainment and news partnerships, added: ‘Twitter is the place to be during award shows and the Oscars is one of the biggest conversation drivers every year.

‘The idea that a movie fan might see their tweet during the Oscars broadcast is pretty epic, and we are thrilled to have the opportunity to partner with the Academy to bring this to life.’

Amy Schumer, Regina Hall and Wanda Sykes are reportedly in talks to host this year’s ceremony after four years with no host, as per Variety.

Best Actor in a Leading Role

Best Actress in a Leading Role

Dune
Free Guy
No Time to Die
Shang-Chi and the Legend of the Ten Rings
Spider-Man: No Way Home

Drive My Car
Flee
The Hand of God
Lunana: A Yak in the Classroom
The Worst Person in the World

Ascension
Attica
Flee
Summer of Soul (Or, When The Revolution Could Not Be Televised)
Writing with Fire