Shaun the Sheep fans are thrilled after the beloved character has become a two-time Oscar nominee. Yes, seriously.

The Nick Park creation and spin-off from the Wallace and Gromit films, Shaun has starred in his own TV show and various movies.

Now, his latest starring role in A Shaun The Sheep Movie: Farmageddon, has earned him an Oscar nod in the animated feature film category.

Priyanka Chopra and Nick Jonas revealed the exciting news, with the stop-motion movie being nominated alongside Disney’s Onward and Soul, Over The Moon, and Wolfwalkers.

Fans are, well, over the moon, with one writing on Twitter: ‘Congrats to my homie shaun the sheep on his oscar nomination.’

‘Hearing Priyanka chopra say ‘A Shaun the sheep movie: Farmageddon’ has made my day,’ another added.

One more wrote: ‘Shaun the Sheep hive let me HEAR YOU!!’

HELP NOT SHAUN THE SHEEP BEING NOMINATED FOR AN OSCAR

Shaun was last nominated in 2016 for the Shaun the Sheep Movie but sadly lost to Disney’s Inside Out.

The character has also previously been nominated for a Bafta, a Golden Globe, a London Film Critics’ Circle Award, and has won a Critics’ Choice Award.

Shaun the Sheep first appeared in the 1995 short film A Close Shave, before appearing in his own TV show. 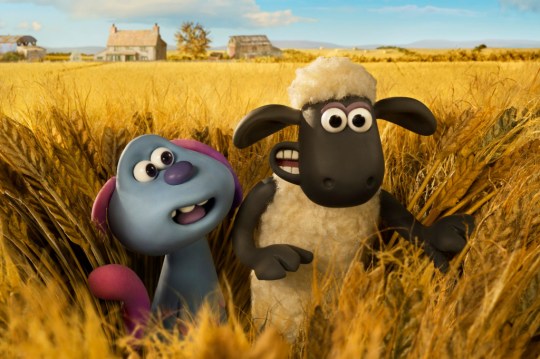 The series first aired on CBBC in 2007, with the character becoming a hit around the globe.

In the running for best picture are The Father, Judas and the Black Messiah, Mank, Minari, Nomadland, Promising Young Woman, Sound of Metal, and The Trial of the Chicago 7.

Pandemic Workouts Are Taking on a New Meaning For Summer