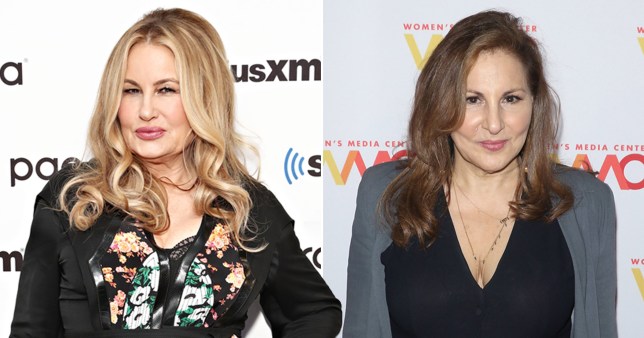 We didn’t know that a gay festive film starring Jennifer Coolidge and Kathy Najimy would be all we needed in life, but now it’s here, it’s the best early Christmas present ever.

The two camp icons have joined the cast of Single All The Way, a Netflix holiday romcom that will centre on gay men, and star Michael Urie summed it up by saying: ‘If that isn’t some kinda gay Christmas miracle, I don’t know what is.’

Ugly Betty star Urie will play Peter, a gay man who convinces his best friend Nick (Philemon Chambers) to pretend to be his boyfriend and join his family for Christmas, in a ruse to avoid his family’s judgement about his perpetual single status.

However, a spanner is thrown in the works when Peter’s mum (Najimy) sets him up on a blind date with her handsome trainer (Luke MacFarlane).

Producer Joel S Rice said: ‘What I love most about this hysterical, moving project is that it is simply a genuine holiday romantic comedy that explores friendship and love between gay men.’

Screenwriter and executive producer Chad Hodge added that when he ‘sat down to write this movie, I made a list of all the things I personally wanted to see in a holiday rom-com. The list ran the gamut, from honestly portraying the uniqueness of gay friendships and relationships, to the often hilarious dynamics of our families, to Jennifer Coolidge. I’m so grateful to Netflix for embracing all of it. I can’t wait to see it come to life.’ 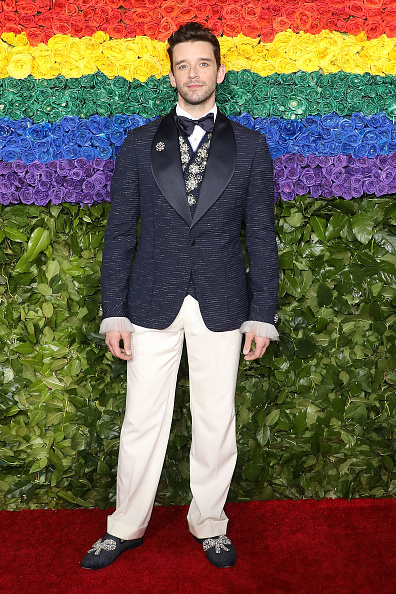 Michael Eurie will star as a man who convinces his best friend to pretend to be his boyfriend (Picture: Taylor Hill/FilmMagic)

Throwing shade at other LGBTQ+ projects which are centred on people coming out, director Michael Mayer said it was ‘eally gratifying to tell a story that happens AFTER coming out!’

As well as out actor Urie and MacFarlane, Single All The Way boasts a cast of stars that are known for their turns in camp classics.

Barry Bostwick, best known for playing Brad in The Rocky Horror Picture Show, and Jennifer Robertson – aka Jocelyn in Schitt’s Creek – will both star in the movie, while Jennifer Coolidge is believed to playing a wacky aunt role.

Gaining fame as Stifler’s Mom in American Pie, Coolidge is a legend in the queer community thanks to her scene-stealing turns in Legally Blonde, Best In Show, Friends and many, many social media videos. 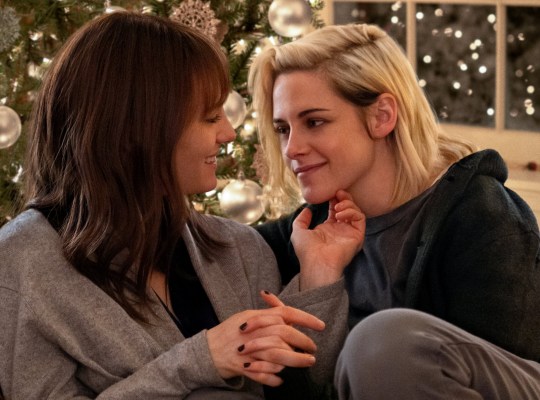 Meanwhile, the criminally underrated Najimy is best known for her roles as Sister Mary Patrick in Sister Act, Mary in Hocus Pocus and the voice of Peggy in King of the Hill.

Single All The Way follows 2020’s Happiest Season, which was the first mainstream holiday film focused on gay characters.

The movie starred Kristen Stewart and Mackenzie Davis as a couple who are forced to hide their relationship when Harper (Davis) invites her girlfriend home for Christmas without coming out to her parents.

While not all reviews were positive, the film was praised for featuring lesbian characters at the centre of a film that wasn’t about tragedy.